Hue Festival is a biannual event held in Hue City. Over the span of a week, you will attend a variety of cultural festivals, activities, and performances. The festival, which began in 2000, is organized to uphold the ancient traditions that have been observed since the Nguyen Dynasty. Every two years, the Hue Festival is celebrated in April, May, or June. It takes place in 40 different locations in the region. The Hue Poetry Festival, Dialogue with Drums and Percussion, and Ao Dai fashion shows are among the special activities organized. Sporting events such as kite flight, boat racing, and human chess are also available. Since Hue was Vietnam’s capital during the nineteenth century, the festival also includes re-enactments of royal ceremonies such as King Nguyen Hue’s enthronement and doctoral exams. Throughout the festival week, there are also street performances, video shows, and art exhibits. Hue Festival is one of Vietnam’s most famous festivals, providing tourists with an insight into the city’s rich culture and heritage. 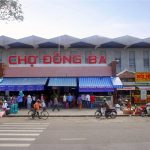 Main amenities: There are 108 non-smoking bedrooms. Housekeeping is provided on a daily basis, and there are two bars/lounges. Spa with all-inclusive services Pool in…