I used to try a lot of different meals when traveling across Japan. However, it wasn’t until I visited a southern Japanese island that I realized how amazing the meals were. Now, let’s experience Southern Japan specialties in Fukuoka city via my Fukuoka travel blog: Fukuoka food blog — Visiting Fukuoka and eating distinctive cuisines of Southern Japan. 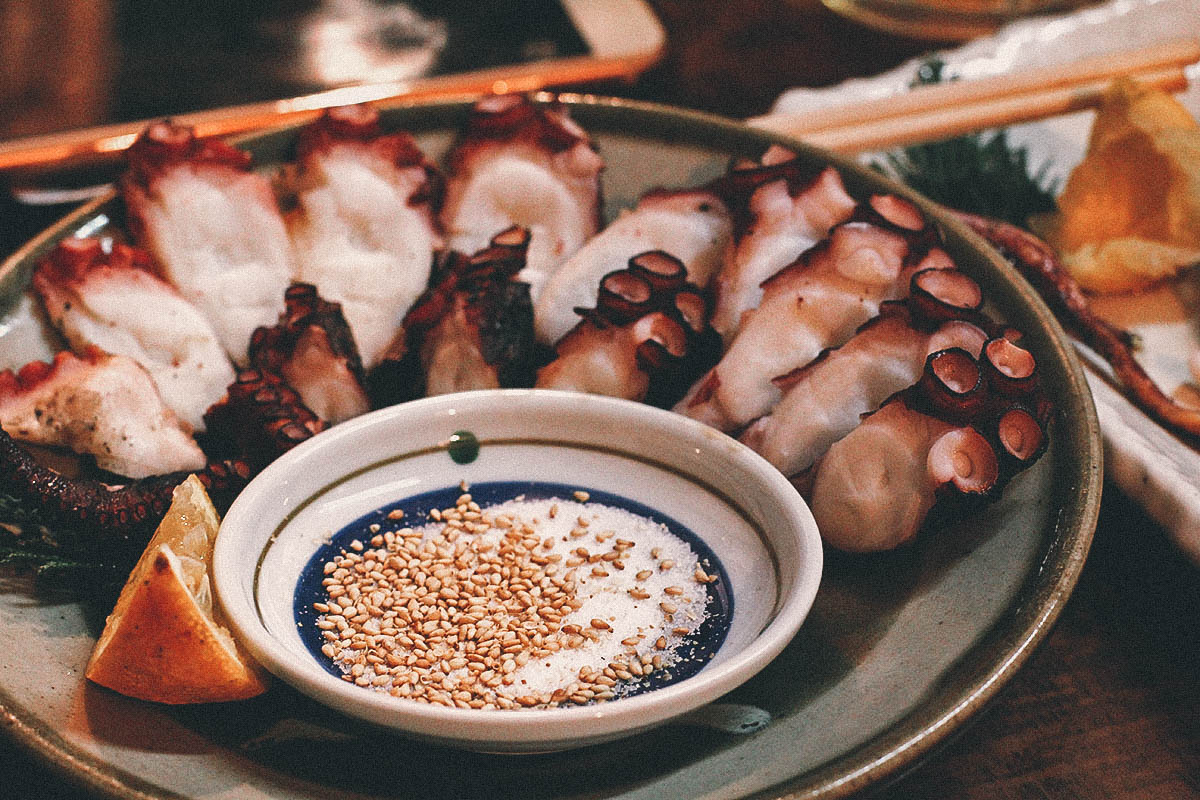 By plane, it takes only approximately 4 hours to get from Ho Chi Minh City to Kyushu, Japan’s center. Several years ago, I had to change planes in Hong Kong and Tokyo before flying to Kyushu. Flights from the south of Japan to Vietnam are now quite easy, especially for visitors and businesses, with fares starting at $400 USD.

Kyushu is a Japanese word that translates to “nine prefectures.” With a milder temperature, this region used to trade with North Korea, China, and even Vietnam. Because this location is a bit distance from Japan’s historic cities in the south, the cultural and culinary identities have been retained. 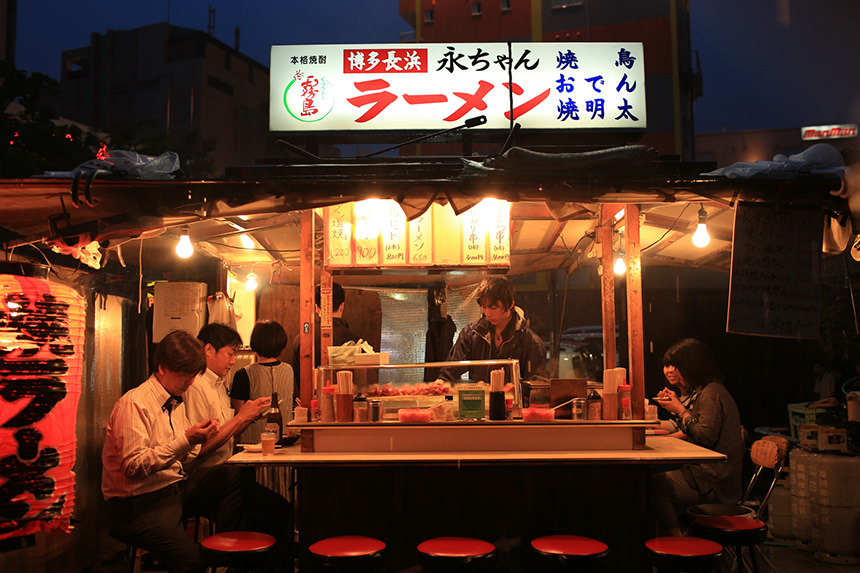 We followed Matsumura, my college, to Kyushu on a bright weekday. Matsumura, as promised, escorted us to his hometown of Fukuoka to sample the local cuisine. I eventually discovered a modest eatery with shuttered doors after going through several little alleyways. It was decked out on the outside with white and black drapes and lamps. The interior, like those of other traditional restaurants, was adorned with lanterns, ceramics, walls, and sliding doors. In the center is a low table with no seats for guests to sit at. The bowls, chopsticks, and furnishings are all produced in the area. 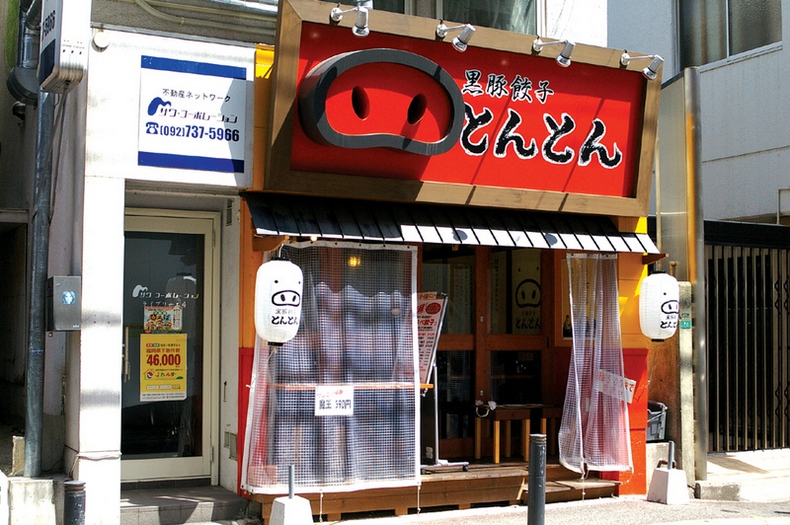 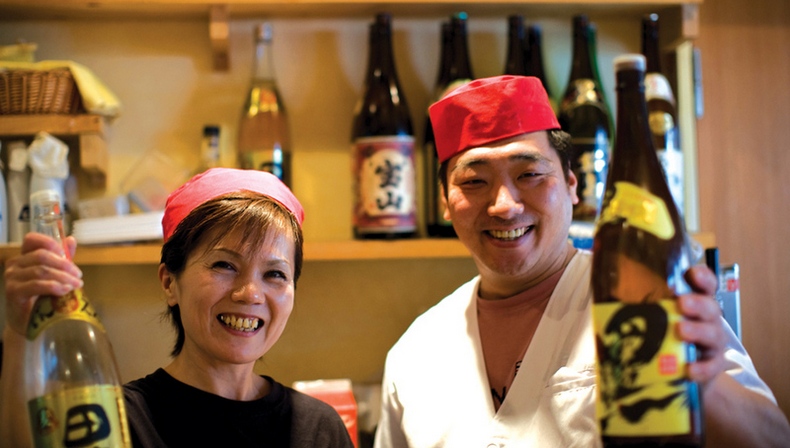 Following the first glass of wine, the next Fukuoka speciality is placed on the table – raw chicken. With tartar sauce or cardamom, only lean meat is offered. It was my first time eating this method, and the flavor was rather bland. Then I became terrified when raw chicken organs were placed on the table. It seems that eating habits differed by community. It was tough to adjust to new food at the same time. When I presented Cha Ca with Mam Tom (Shrimp paste) to Japanese guests in Vietnam, no one dared to sample it owing to the terrible scent. 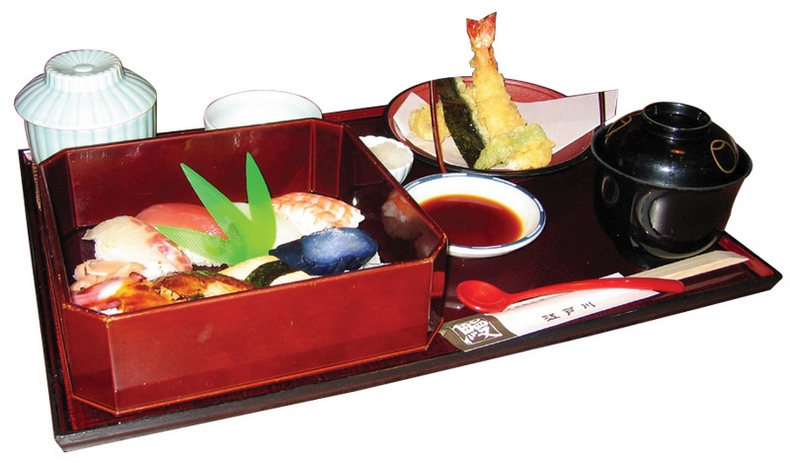 Kibinago fish, a sort of sushi served with vinegar or soy sauce, was the next specialty. Sushi, particularly fresh whale meat and tuna, has become a worldwide staple. As a result, the yield of capturing whales and Japanese consumption is rated first in the world. Furthermore, raw shrimp and oysters are popular among the Japanese. Raw meat is significantly more costly than other meals. In Vietnam, the number of Japanese restaurants and seafood restaurants is growing in certain major cities. Sushi, on the other hand, will take a long time to fully assimilate into Vietnamese cuisine. 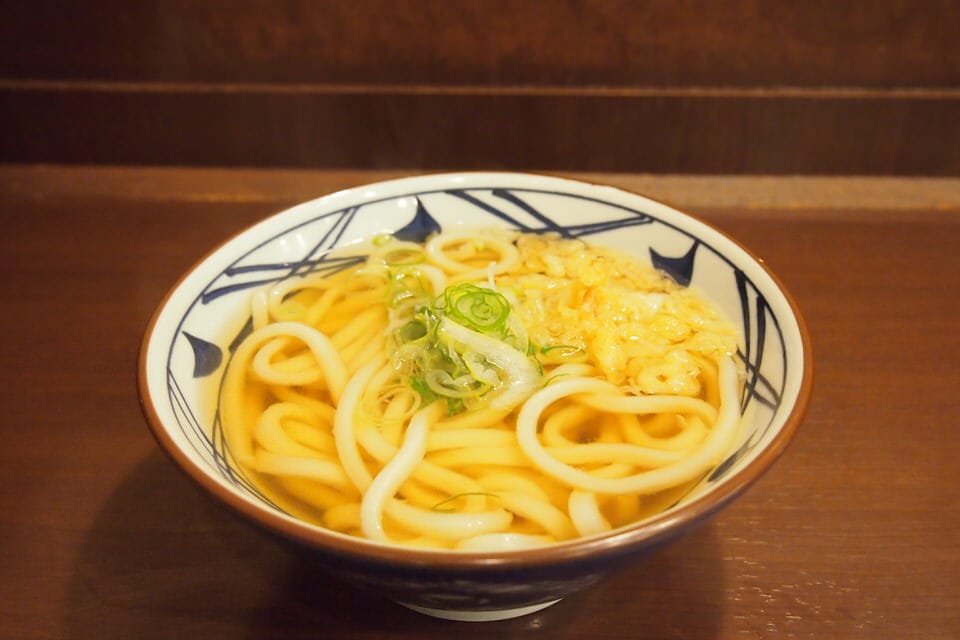 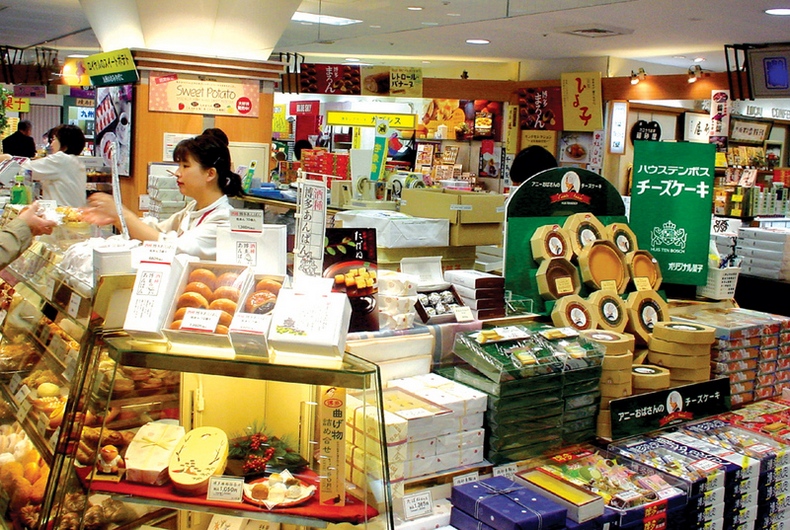 Kyushu is also made with cod roe served with chilli sauce. It is a favorite dish of Europeans. Additionally, hot rice mixed with raw egg is quite popular here. 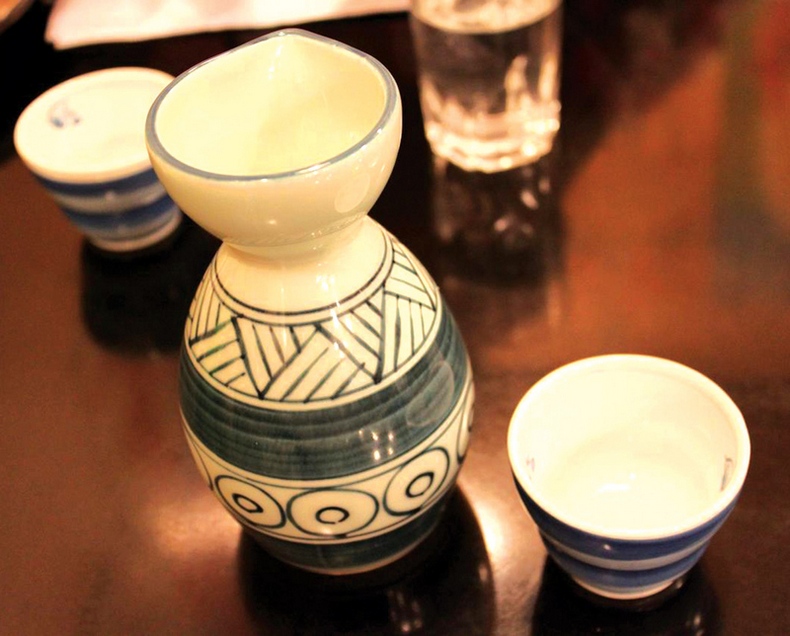 We loved Tempura the most out of all the foods we had in Fukuoka. The exceptionally large shrimp, as well as veggies, are breaded and deep fried. Tempura was claimed to have been brought to Japan by Portuguese cooks 400 years ago during the Edo period. It gradually become a popular cuisine in Japan. 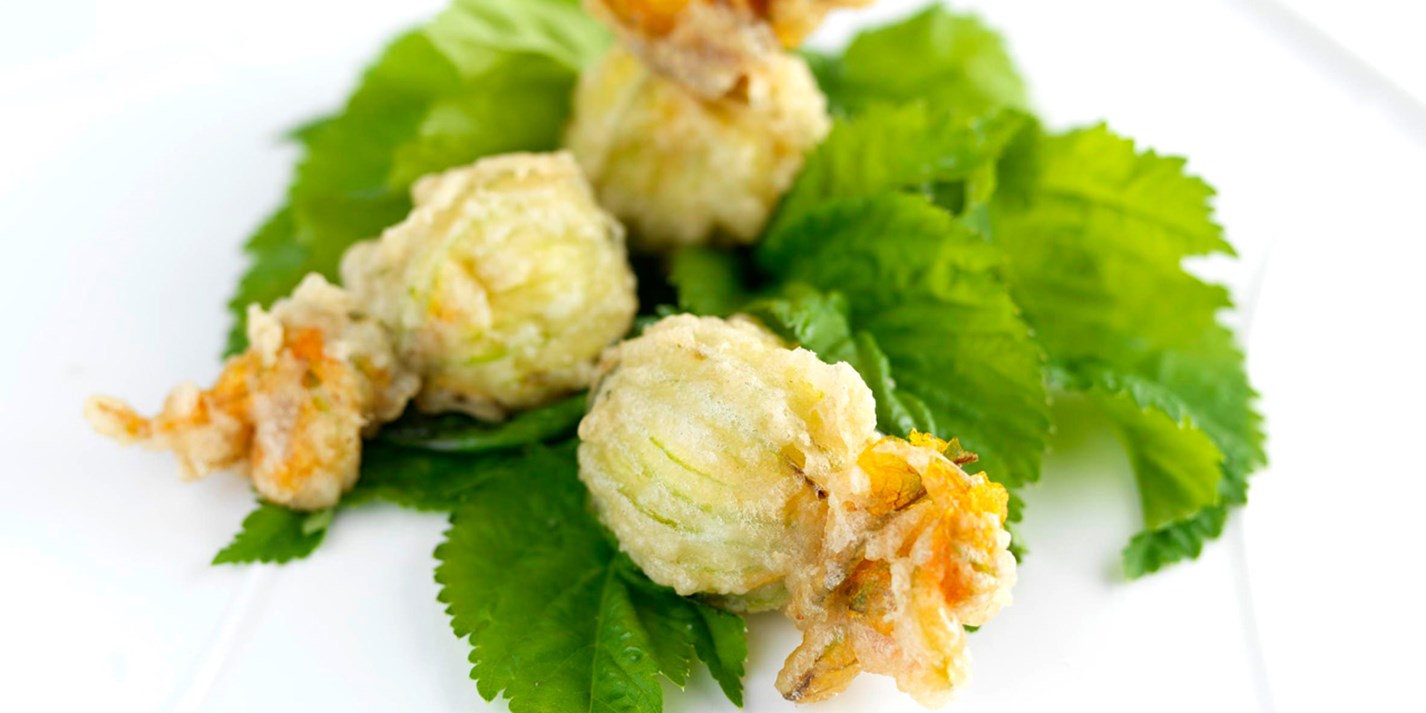 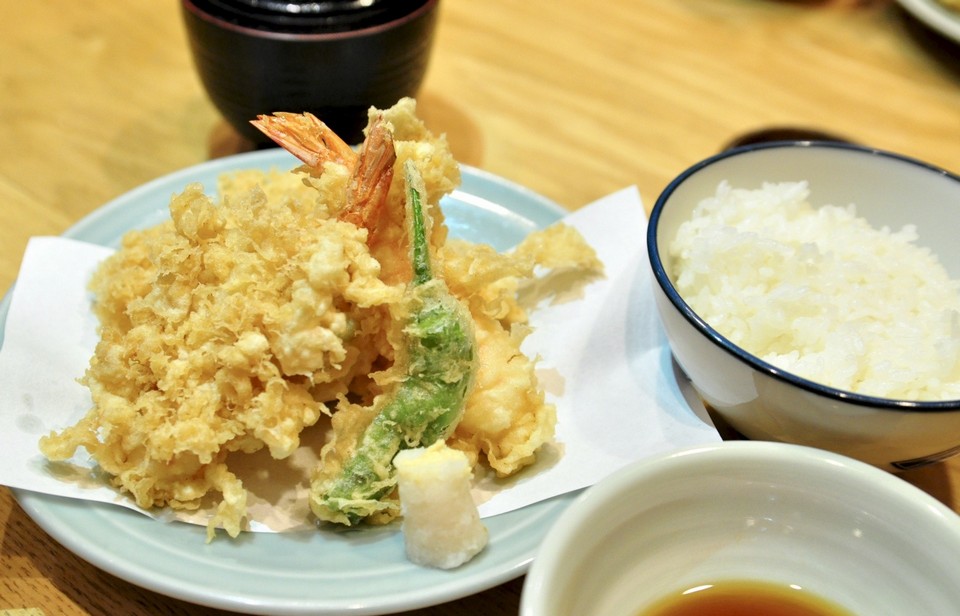 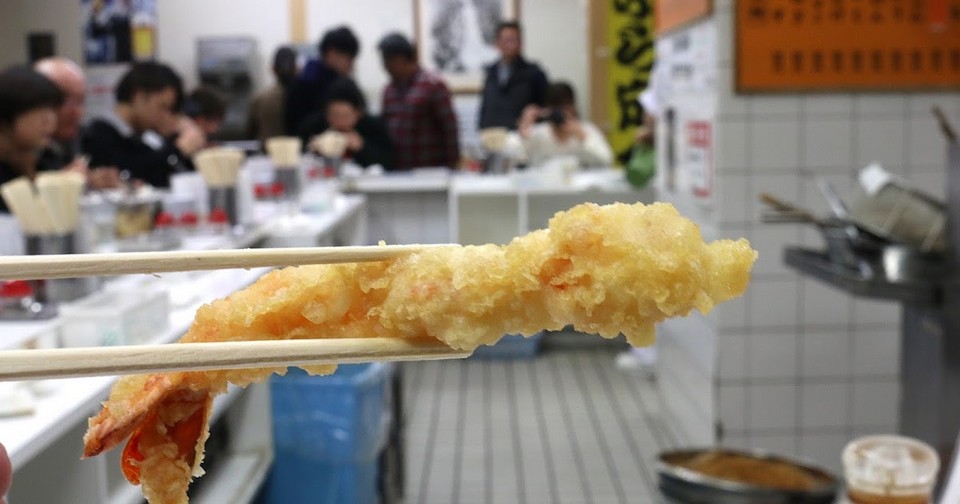 Grilled beef from the Kagoshima region is another delectable and well-known dish. Because the black cows are bred in ideal circumstances, the meat is very delicate and flavorful. It’s great to relax on a ferry traveling across windy Sakura Bay, admiring the volcanic beauty of Sakurajima, and sipping warm Shochu. 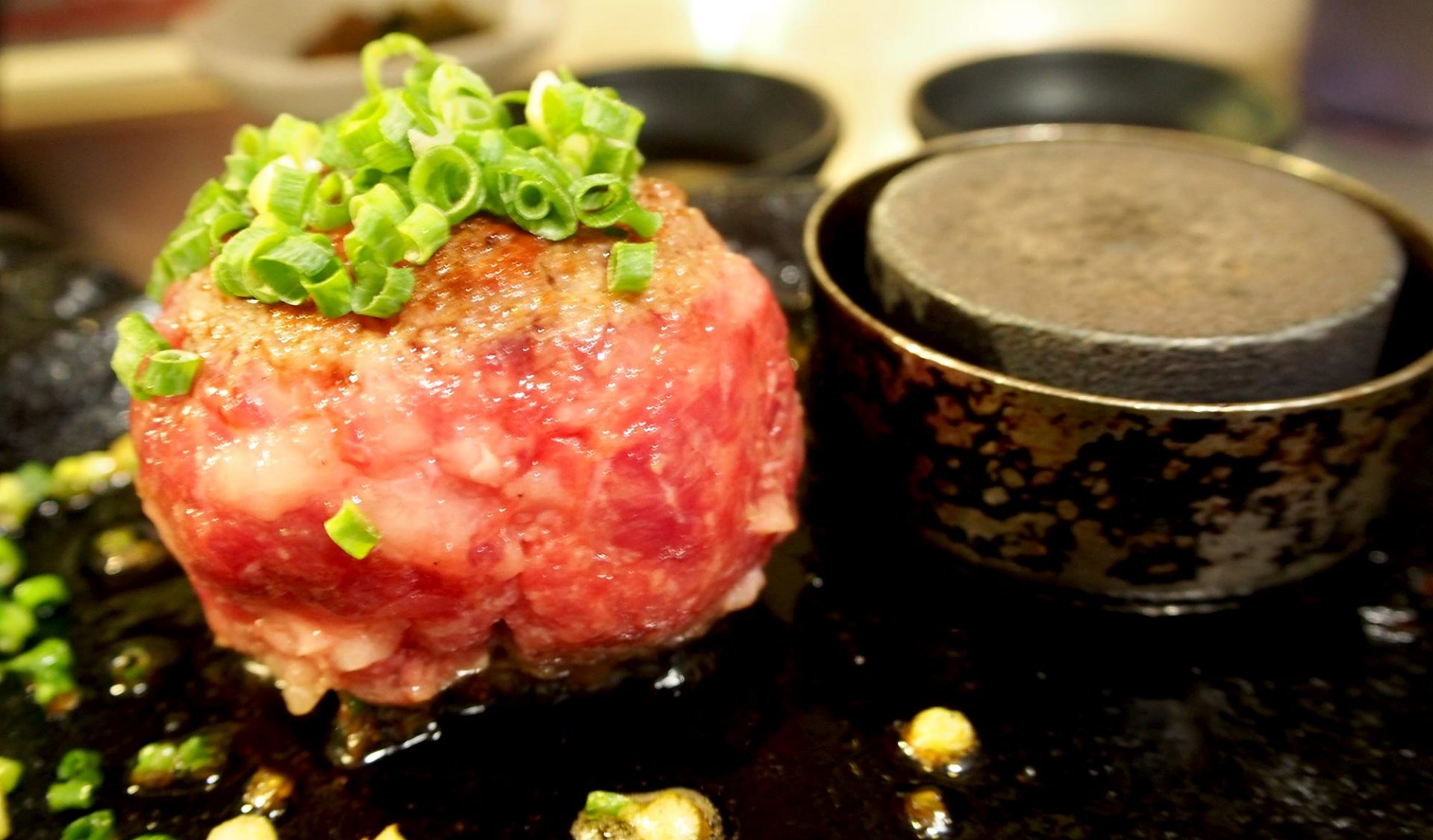 All the restaurants in Kyushu are very clean. The dishes are paid in every single gram with displayed price. The eye-catching food photos help the guests choose the tasty food easily.

In Japan, the culinary promotion is perfect with a variety of standardized products. After accessing the Western World 150 years ago, Japanese people have greatly enriched their culinary culture. Nonetheless, many foods keep their local taste, becoming an eternal feature. ADVENTUROUS THINGS TO DO IN VIETNAM (PART 2)