The hundred-roofed house is probably a rather strange concept for many people because these structures do not appear much. However, from the past, Da Lat owned a number of unique 100-roofed houses. Any visitor who looks at it will definitely be overwhelmed.

In the memories of the people of Da Lat in the past, perhaps everyone has ever known this unique 100-roofed house. In the 90s, not only Da Lat people in general but architects in particular had the opportunity to admire by a design of architect Lu Truc Phuong. From a normal house with 2 roofs, the “crazy” architect has turned it into 100 roofs under the admiration of many people. At that time, the house was like a new tourist symbol of the city. 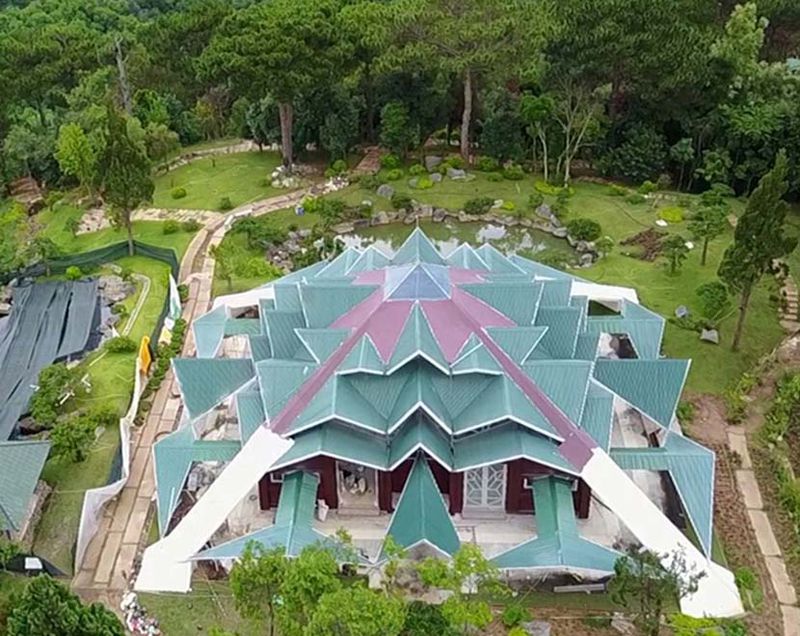 To have a unique 100-roofed house at that time, Mr. Lu Truc Phuong took about 5 years to draft the idea , then worked hard to install. People in the mountain town at that time had the opportunity to admire a “weird” work, breaking all the common and classic designs of that time. The house appeared massive as a rocky mountain at the top of the mountain town, sharp corners impaled on all sides.

The roofs are large and small, arranged, cubed in different positions, angles with different sizes, making the house become extraordinarily massive and mysterious. However, when he had just finished roofing 98 roofs with oil paper, he received an order to remove by the government, so the unique project has become nostalgic and the shape of the hundred-roofed house remains only in the memories of some old Da Lat people … 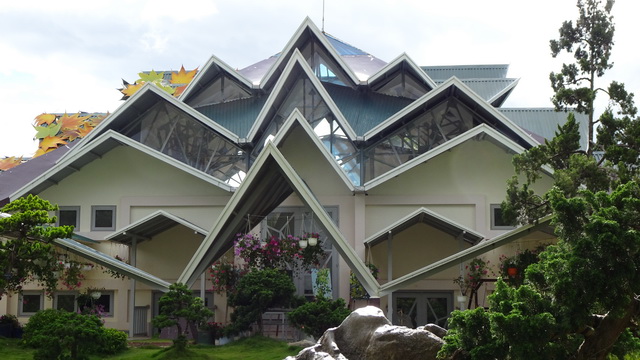 Coffee Road to the moon – A hundred-roofed house

Not giving up his “bizarre” dreams, he built another project named: “Way to the moon” – House with 100 roofs. In fact, this cafe does not have 100 roofs, just to commemorate Lu Truc Phuong’s demolished house. The cafe is designed like a maze, which makes all people surprised.

Up to now, Way to the Moon Coffee Shop – The 100-roofed house is still located at 26 Phan Boi Chau Street, Da Lat. 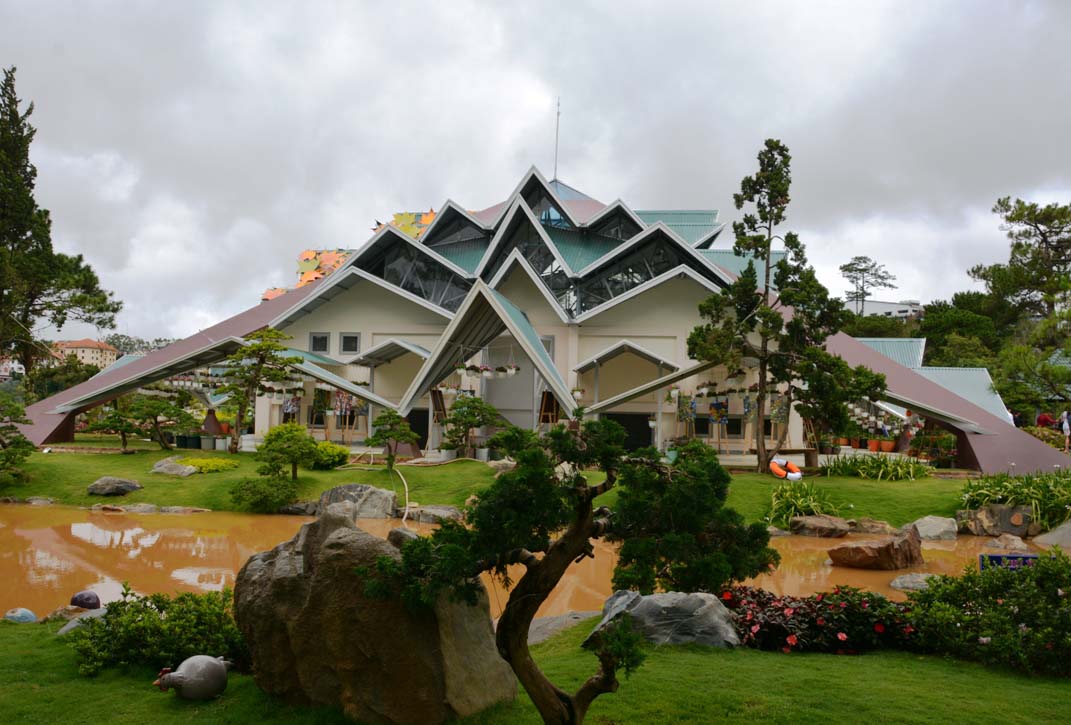 La Phong tourist area is a very famous place in Dalat. This place is like ” a little Japan” located in the heart of a dream city. Perhaps architecture La Phong is well-known, but few people discover that there is a house designed with 132 roofs. The house with 132 roofs is a symbol of 132 linked leaves forming a pyramid, which is extremely unique and novel. 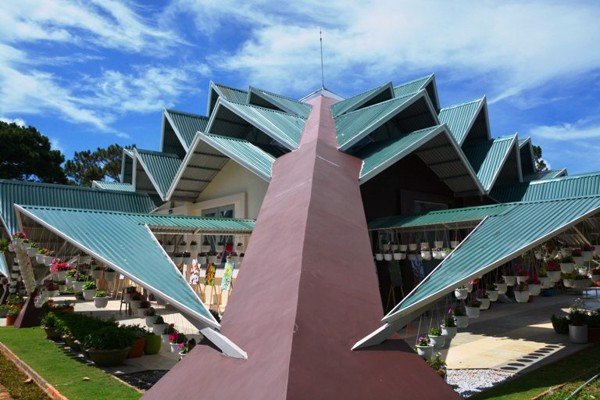 This is an ideal place for tourists- A place where you can visit, take pictures and choose to sip a cup of coffee.

The architectural works in Da Lat have probably never stopped surprising you, and these hundred-roofed houses are one of them!