A food journey through Vietnam: bun cha to banh mi

Spicier in the south, saltier in the north and presented with a flair that harks back to the Imperial Dynasty in the central regions, Vietnam’s cuisine is a highlight in its own right. People are picky eaters, to understand more local lifestyle, you can join in a food journey through Vietnam. Succulent meats, fresh seafood including prawns and catfish, and exotic vegetables, such as bamboo shoots and chayote make up many of the dishes, combined with the signature blend of palm sugar, chili or salty fish sauce.

The fragrant herby smells of galangal, Vietnamese coriander and mint, as well as aromatic spices like Saigon cinnamon and aniseed, waft through the streets and you’ll discover a tantalising variety of dishes and experiences.

Sold by street vendors everywhere and available all day, pho – the national dish in Vietnam- is a rice noodle soup served with an array of tasty broths. The best way to sample it is to join the locals sitting at small plastic tables on the pavement and wash it down with a refreshing cold beer as you watch the world go by.

Try pho as often as you can as the ingredients vary from street to street and town to town. The broth tends to be seasoned with anise, a sweet spice that isn’t used so much in Western cooking. Thinly sliced beef is usually added but you will find versions with other meats, and vegetarian options. Accompaniments of fresh mint, lime, chilli and sugar are served on the side.

In Hanoi the soup is seasoned less but always has fresh mint, while in the central regions the emphasis is on delicious locally grown herbs such as holy basil and coriander.

My most recent bun cha lunch was on arrival in Hanoi after a long flight when all I wanted to do was get to my hotel, but my guide insisted on feeding me first, and I’m glad he did.

I sat down in the rabbit warren of a local restaurant in Hanoi’s Old Quarter at a long table with a group of friendly and inquisitive locals. As soon as the delicious barbecued pork was served I remembered why I love being in Southeast Asia. The succulent meat, broth and noodles came with fresh herbs, salt, garlic and chilli. The rich, full bodied aroma was fantastic and the taste was so much better than some of the plainer bun cha I’ve had in hotels where dishes are adapted for Western palates.

Bun cha is often served with spring rolls at street stalls or pop up restaurants. This is a staple dish in the Hanoi area where, as across Vietnam, most people who work nip out for a quick and cheap lunch.

If you like to burn a few calories I’d recommend a walking food tour of Hanoi’s Old Quarter with a local guide, who will adapt the tour to your tastes and the time of day.

I started off with Vietnamese ‘coffee’ with whipped egg, which was like drinking meringue. I’m not a coffee drinker so I got a special – and delicious – chocolate variation. Green papaya salad was more up my street with spicy beef, shaved green papaya, fish sauce, palm sugar, beansprouts and mint.

The next stop was at a stall in a narrow alleyway for chicken salad. This can contain most parts of a chicken, which makes for some unusual textures, but more refined versions are available.

On the morning tour noodles make a delicious breakfast and in the afternoon try duck or quail. Your guide can also give you some great recommendations for local restaurants to visit whilst in Hanoi.

Bun bo Hue is the food icon of Vietnam’s central region and is another noodle soup dish. Fresh herbs, beef and/or pork are added to a meaty broth accented with lemongrass.

For a truly authentic experience you can ask your cook not to give you the toned down, tourist version but add in the usual congealed blood and even some hoof (unappealing as this might sound it adds a depth of taste and a little sweetness to the dish).

The best place I have found to get bun bo Hue is at one of the many stalls in the Central Market, Dong Ba, in Hue. After eating, spend some time in the huge market where you can buy anything from fresh vegetables and herbs to traditional crafts like carved stone buddhas and hand woven scarves.

Hoi An’s cobbled streets and waterfront are an atmospheric place to while away some time at a street stall with a steaming bowl of cau lau noodles. The town was the first of Vietnam’s main trading posts and its cuisine has many international influences.

Similar to the thicker buckwheat noodles of Japan, the cau lau variety are tossed with pork, cabbage, bean sprouts, mint and herbs to create a hearty dish.

To sample some of Saigon’s delicacies, I’d recommend taking a street food tour. You zip around the city in the evening on a Vespa, driven by your guide who knows the best places to stop and is an expert at navigating the, sometimes unpredictable, traffic.

Our small group stopped to enjoy mussels and frogs’ legs served with peanuts and lemongrass, before heading to a local coffee house. This felt like going into someone’s living room and was the kind of place you’d never find by yourself.

We finished the tour with rice flour pancakes, another staple in Vietnam. They’re the consistency of a crepe and almost transparent. You’ll come across fresh spring rolls made in a similar way in many places but the cooking of Saigon pancakes, banh xeo, is different.

You can make up your own pancake with the ingredients and quantities you prefer. Succulent shrimps and fresh herbs are a great combination. Whilst I erred on the modest side my guide filled his pancake until it was about the diameter of my lower arm

Often a late night snack in Saigon, banh xeos are lightly fried and served with condiments including the ubiquitous fish sauce, lime and chilli. You can take away small versions of the snack or sit down to eat.

Bite into a baguette

It’s possible you might fancy a change from noodles on the odd occasion and this is the time to seek out a delicious banh mi. This French-style baguette is filled with any combination of pâté, pork, carrot, mint, beansprouts, coriander and pickle. Simply buy one from a street stall and eat on the go. Look out for mini banh mi if like me you’re concerned about looking a little uncouth with the full size version.

Street food is so delicious and inexpensive in Vietnam that restaurants as we think of them aren’t a big part of the dining culture. Many are aimed at visitors with menus that give a Western take on the local cuisine.

There are, however, some interesting fusion restaurants most often showcasing a blend of Vietnamese and French cuisine, as well as some international options. In Hanoi, for instance, you can try soft-shell crab and other delicacies in the Ly Club served by waiters dressed in colonial-style white suits – taking you back to days gone by. Meanwhile, in Hoi An, the riverbank are lined with some excellent restaurants offering a mixture of traditional Vietnamese cuisine and dishes from the rest of Asia.

You can learn to cook Vietnamese food in many locations all over country and there are a number of excellent cookery courses to choose from. One of the best cooking experiences I have had was at the Red Bridge Restaurant in Hoi An.

The day began with a boat trip to Red Bridge Market to buy ingredients and pick others fresh from the extensive gardens there. The group then learned about local farming techniques and ground our own rice flour. Then the cooking began. I was taught how to make a delicious pancake and deconstructed spring roll, which forms a sort of basket to hold the ingredients normally included in the rolled up version. Travel to Phu Yen – Everything you need to know 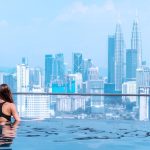