David Guttenfelder’s award-winning photographs show how sports and recreation are a part of daily life in North Korea.

David Guttenfelder, a photographer, is one of the few Westerners who has spent significant time in North Korea. He initially visited the isolated nation in 2000, and in 2012, he assisted in the establishment of the Associated Press Bureau in Pyongyang. He’s seen a cultural shift in the capital city over the years. It’s a shift that’s on the move.

According to Guttenfelder, there has been a drive to bring Pyongyang up to international norms since Kim Jong-un took over as supreme leader in 2011. A significant component of that drive has been a focus on athletics and leisure. This entails using rollerblades.

“I can’t count the number of rollerblading locations there are in the capital city and all over,” Guttenfelder says. “it was largely the elite, but it really spread all over the country, this sudden call for people to go out and play games and do recreation.”

Guttenfelder spent more than three years in and out of North Korea when the Associated Press office opened. He was entrusted with documenting not only news but also everyday life. “My entire job as a photojournalist there was to have a critical eye,” he adds. “But it was also to be a humanist and to demonstrate that there are normal folks trying to make ends meet and enjoy their lives.” His years of commitment to photographing North Korea have paid off. Guttenfelder took third place in the Long-Term Projects category of the 2016 World Press Photo Contest this week.

North Koreans have limited spare time; the majority of them labor six days a week. They also have little influence over how they use their free time outside of work. However, as Guttenfelder’s pictures reveal, North Koreans do more than just rollerblade; they also dance, play basketball, compete in arcade games, leap from the high dive, and put on plays. “A lot of stuff is for the upper crust,” Guttenfelder observes. “But it’s not just them. It’s actually dispersed all over.” 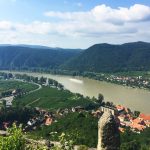