Everyone knows Hawaii has beautiful beaches, but which ones should you visit first? These hidden treasures and local favorites are the top 10 must-see beaches in Hawaii, with everything from green-sand shorelines (yes, really!) to snorkeling paradises. These are the top ten finest beaches in Hawaii that you should visit.

In paniolo country – far from the bustling streets of Waikiki – sits unspoiled Waimanalo Beach, named the best beach in the U.S. for 2015 by Dr. Stephen Leatherman, aka Dr. Beach. Five miles of talcum sand invite basking and beachcombing along Oahu’s longest stretch.

It’s simple to understand why the 1958 classic South Pacific was filmed here. A half-moon beach with golden sand. The turquoise water rushes toward the bone-white sand. Perfect tunnels are formed by waves. Green mountainside folds It’s even better underwater, where a rare sighting of the unique triggerfish might put you in Hawaiian legend.

The Big Island of Hawaii is one of the few places in the world where you may snow ski in the morning and surf in the afternoon, where lush rainforests give way to molten volcanoes, and where white beaches meet black sand. Honu (green sea turtles) prefer the warmth of the black sand, so tread lightly.

Lanai has a population of only 3,000 people, and it’s unlikely that any of them will be wandering Polihua on the same day you are. It’s not about Jet Skis and beach chairs here. On Lanai, bliss may be discovered among the rolling sand dunes, strong gusts, and turbulent waves that lend validity to the Hawaiian adage, “Never turn your back on the ocean.” Instead, Hawaiians advise facing it, respecting it, and knowing your position alongside it.

Those two palm trees are simply begging for a hammock to be strung between them. Bring yours and stay a long since Poipu is more than just a lovely beach. Endangered Hawaiian monk seals (just around 1,200 of these gargantuan beauties remain) are known to frequent this stretch of beach in quest of some rays.

Even though it’s less crowded than the beaches in Kaanapali and Lahaina, Makena is one of the largest beaches in Maui, hence its nickname, Big Beach. As wide as a football field is long, Makena’s golden sands stretch for a mile between two clusters of black lava and beg you to claim a little patch as your own … at least for a day.

The end of the road in Kauai and the start of the renowned Na Pali Coast are set against a backdrop of ironwood and guava trees. Hike behind the public restrooms and through a huge dirt area to a remote portion of the beach and look left for the best views of Na Pali. The only better view is from a helicopter.

Kaanapali Beach’s three miles of caramel-colored sand were once a playground for Maui aristocracy, with the Pacific Ocean on one side and the undulating West Maui Mountains on the other. They now house a limited collection of resorts and residences that range from fancy high-rises to genuine low-key outposts. In June, attend the annual Wa’a Kiakahi outrigger canoe races and “talk tale” about the old skill of sailing and the current desire to maintain a culture.

A volcano erupted a thousand years ago, creating this beautiful crescent-shaped nook sheltered from strong ocean surges. As a result, this is perhaps Hawaii’s greatest snorkeling location. More than 300 native fish species, including damselfish and porcupine fish, dart through lava-rock tunnels and shallow coral reefs, eager to show you around. Tuesdays are closed. 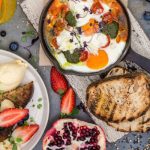 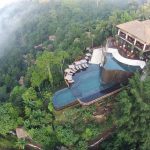 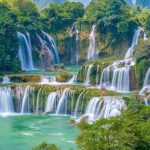 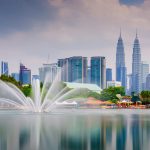 Kuala Lumpur 1 day itinerary — How to spend one day in KL & what to do in Kuala Lumpur in 1 day? 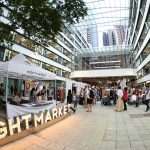 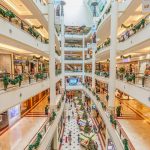