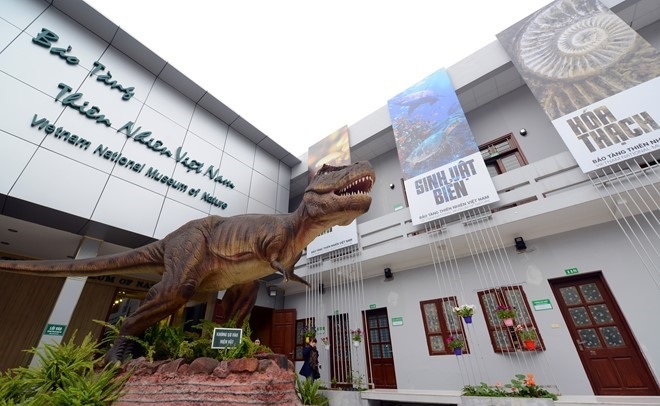 The Museum of Nature is located on the Vietnam Academy of Science and Technology’s campus (No. 18 Hoang Quoc Viet street, Cau Giay district, Hanoi). This is one of Hanoi’s new and contemporary museums, which opened on May 15, 2014. 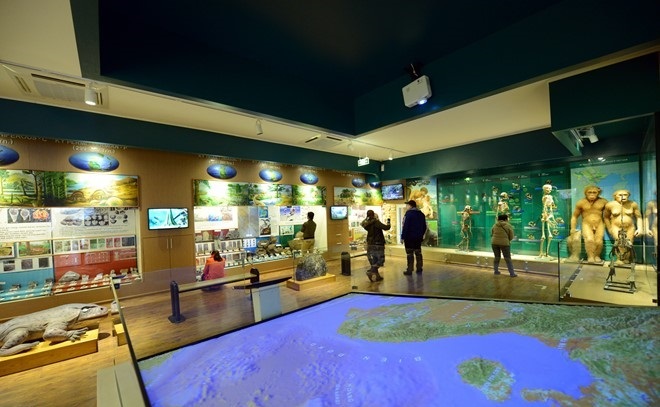 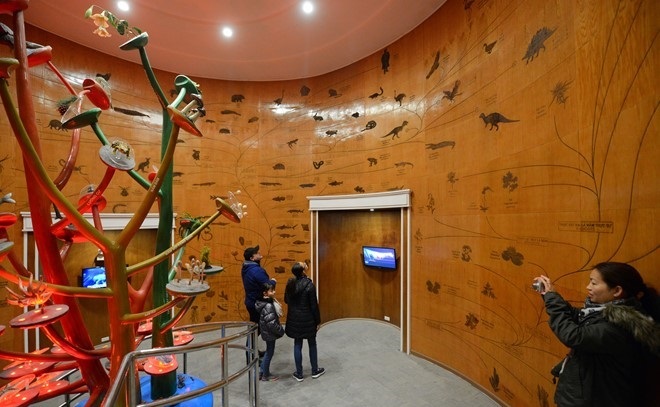 The evolutionary tree is painted in detail on the wooden wall, depicting the universe of many living species divided into five regnums: monera, protista, fungus, plant, and animal. 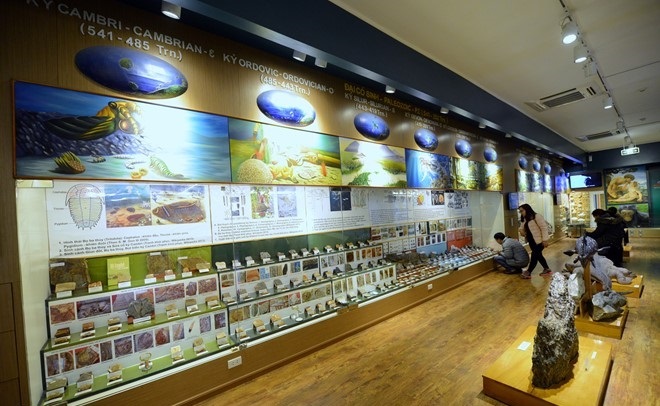 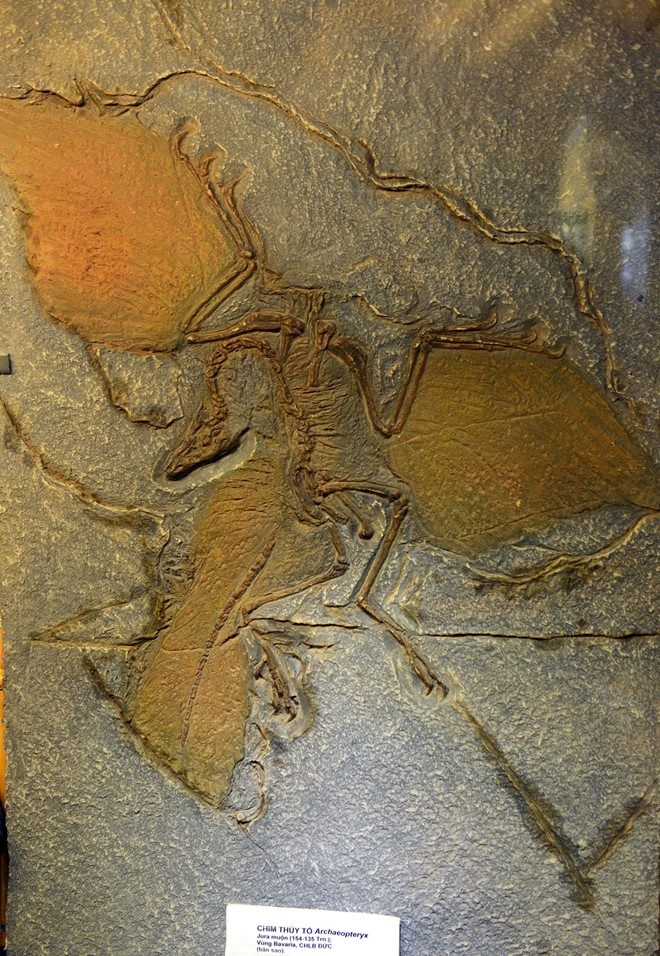 Special fossil specimens such as the Archaeopteryx (154 – 135 million years ago, found in Germany) are exhibited at the museum. 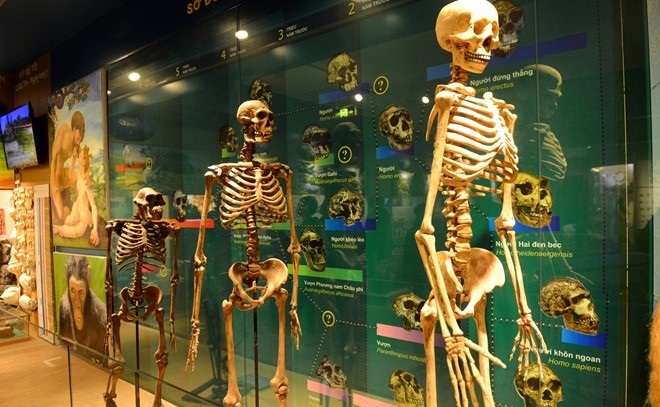 Human evolution began with monkeys, then progressed to several Homo species, and eventually to Homo sapiens (the modern humans nowadays). The specimens seen above are Homo habilis, Homo erectus, and Homo sapiens. 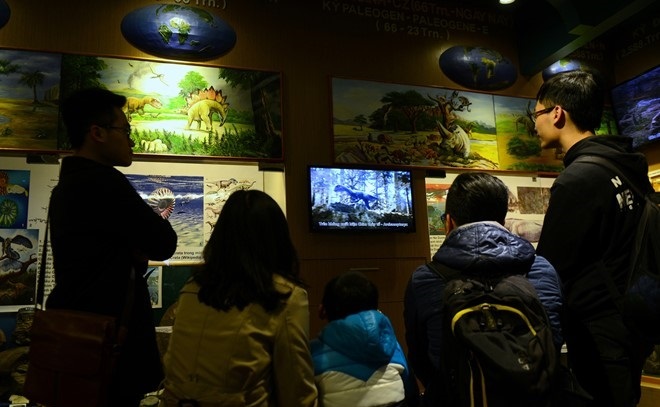 Each display section features a slide show that tells visitors about the growth and development of flora and wildlife throughout that time period. 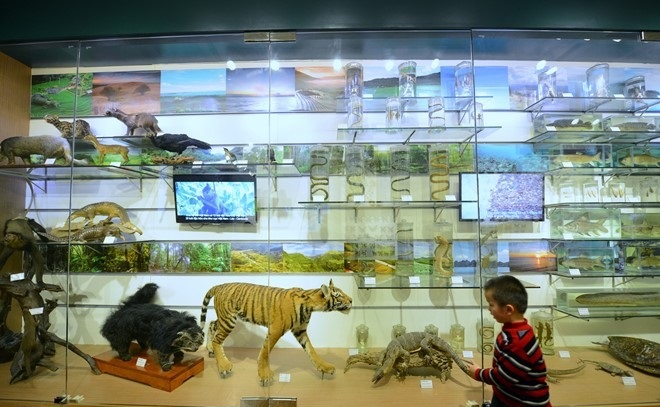 The world of vertebrate animal and marine animal is diverse and rich with the species such as pangolin, lizard, tiger, snake, seahorse, starfish, coral, clam… 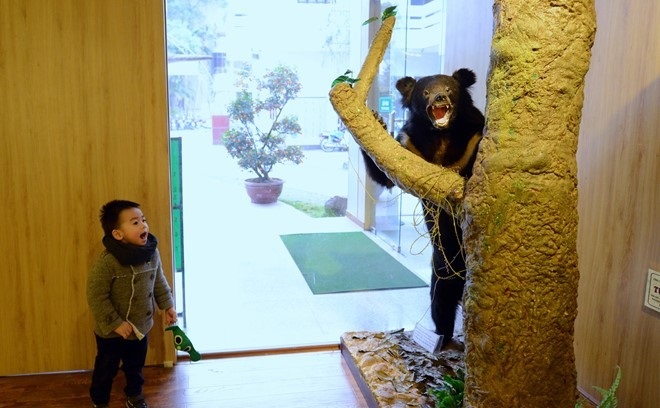 Young children get excited with the Indochinese bear specimens. 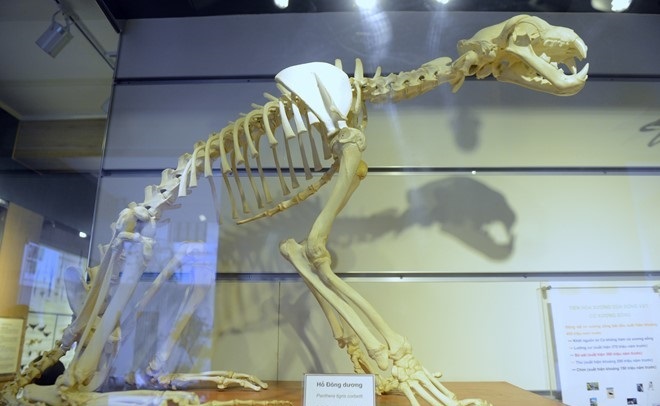 Vertebrate animal started their evolution about 530 million years ago. In the picture are the bones of an Indochinese tiger collected at Hanoi zoo. 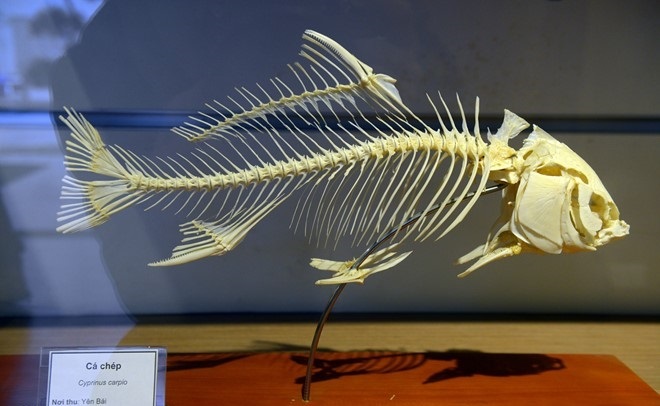 Quite complete skeleton of a carp. 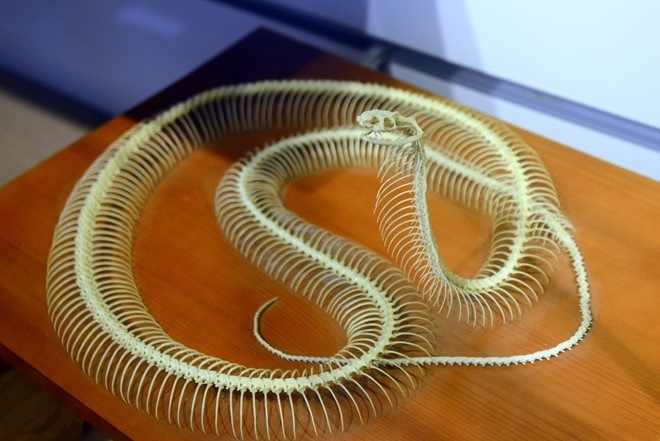 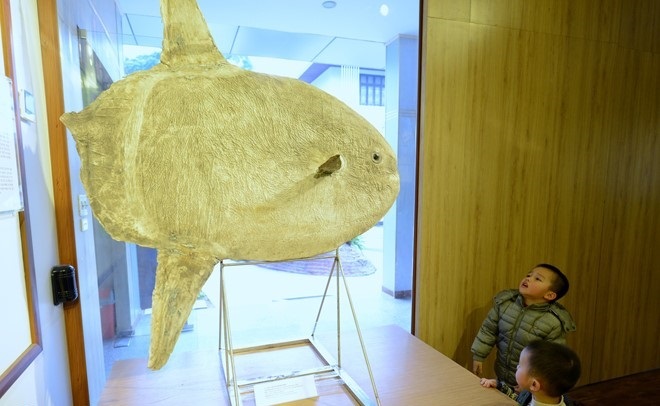 A template of pointy-tailed moon fish. 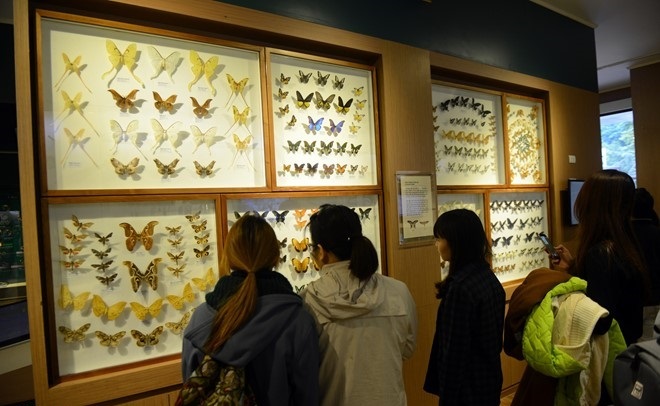 Insects first appeared some 400 million years ago and have a wide range of smells, including lepidopterans, coleopterans, dragonflies, cicadas, orthopterans, and mantises. 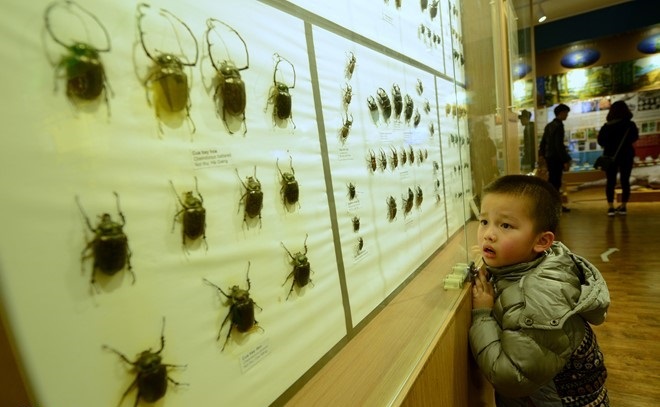 Coleopteran exhibit space is the most favorite area to many young kids in the museum. 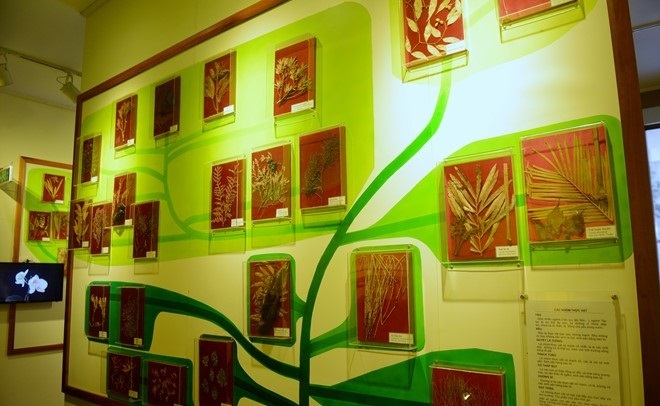 Exhibit space for plant and fungi. 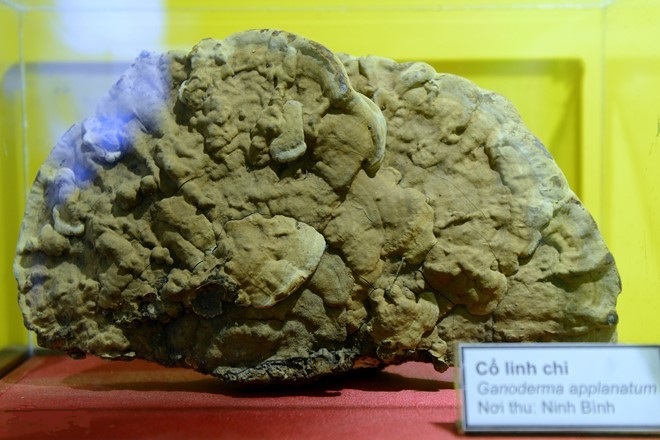 An ancient specimen of Ganoderma from Ninh Binh. 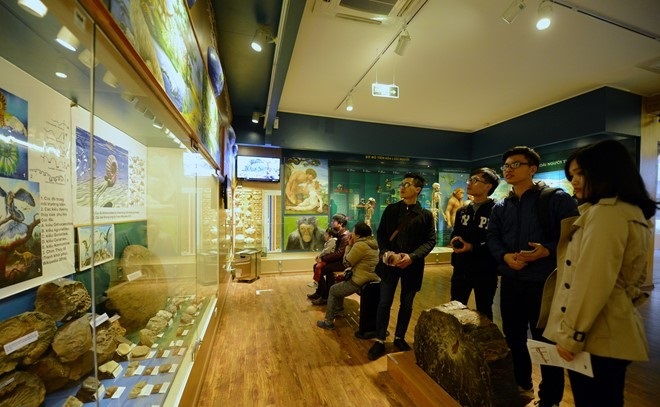 The museum opens from Thursday to Sunday every week. Tuesday and Wednesday are reserved for the groups which have preregistered. 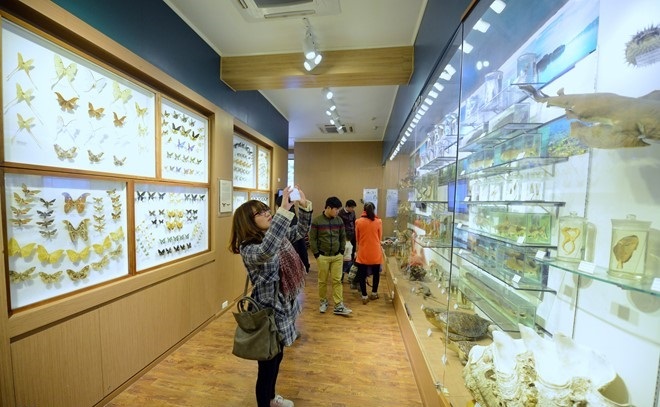 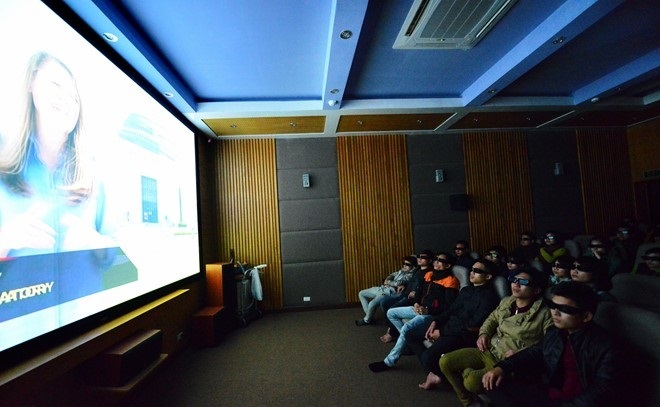 3D movie theater has 4 shifts a day with science films about space, marine, dinosaur, insect, fish and human evolution. Each shift only begins when there are 15 visitors or more and they have to register with the museum.