Consider taking the traditional American road trip recipe to Europe the next time you travel there. Traveling by car in Europe is a fantastic way to get off the main route and explore tiny villages, unique food, and friendly inhabitants. And there will undoubtedly be a plethora of roadside attractions (just maybe not a giant ball of twine). Here are some of the finest Europe road trips to whet your appetite for adventure: 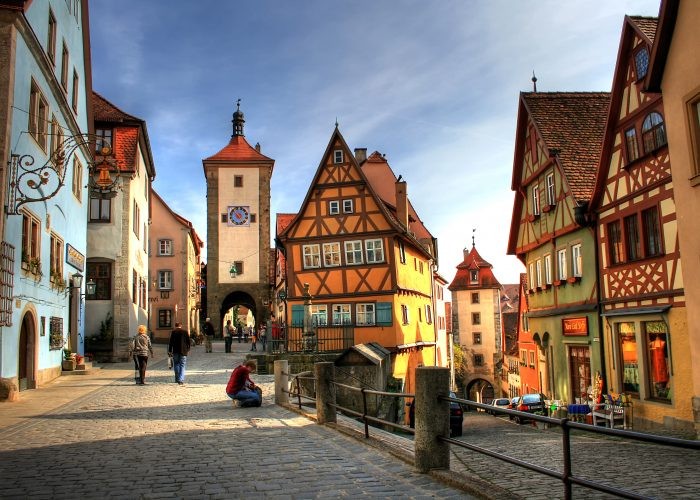 The Romantic Road, also known as the Romantische Strasse in German, is one of Germany’s most well-known roads. This is due to the fact that it provides tourists with a taste of everything that makes the nation idyllic: vineyards and the palace in Wurzburg, ancient villages like Rothenburg ob der Tauber, and the towering Alps and fairytale-like Neuschwanstein Castle near Fussen. Whatever your travel interests are, there is something for you along or just off the Romantic Road, from spa towns to walled villages.

For foodies, the journey from Biarritz to Bilbao between France and Spain is jam-packed with Michelin-starred restaurants (many of which are on the 2016 World’s 50 Best Restaurants list) and enough cuisine diversity to satisfy even the pickiest visitor. 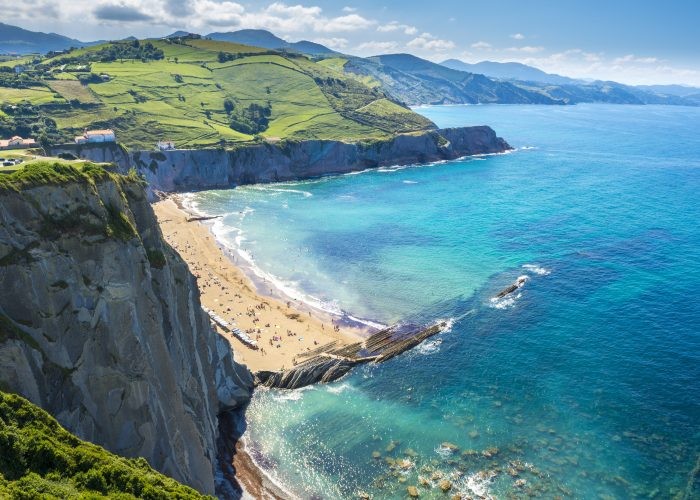 Begin in the Bordeaux vineyards with a wine tasting session at Maison du Vin de Bordeaux before touring the city center, which is included on the UNESCO World Heritage list. In Biarritz, it’s all about the beaches, such as Cote des Basques, with the backdrop of Villa Belza, a 19th-century castle. Dine at the well regarded Elkano in Getaria, near San Sebastian. Finish the tour with pintxos at Irrintzi in Bilbao.

For history enthusiasts, the Normandy shore, most known for its involvement in the D-Day landings, is a must-see. Begin your journey at Etretat with a walk along the white chalky cliffs, which provide views of natural sea arches. The seaside villages of Hornfleur and Trouville-sur-Mer, in particular, are worth a visit. 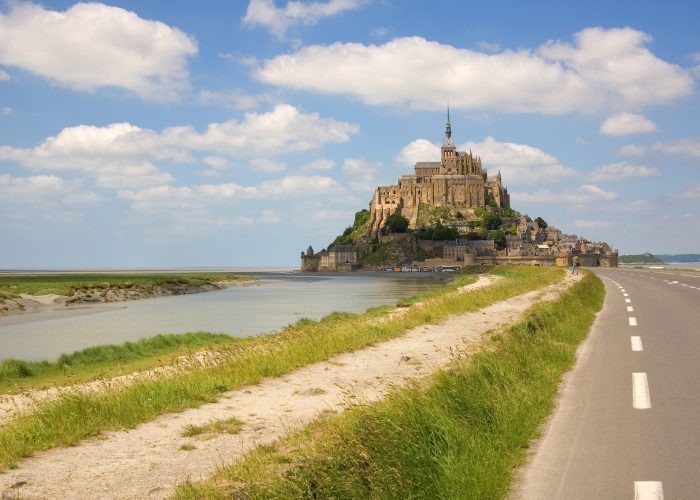 From this direction, Juno Beach is the first of the Operation Overlord beaches you’ll hit. About 50 miles of coastline separate it from Utah Beach. Other sobering points of interest include the artificial quays seen at low tide in Arromanches, the American Cemetery at Omaha Beach, and enormous shell craters at Pointe du Hoc.

Continue the trip on a more light-hearted note to Mont St. Michel (beware: tourist crowds are no joke) before heading inland to the tiny town of Camembert to sample its the famed cheese of the same name. Finish the trip in Monet’s Giverny.

Also known as the Troll’s Route, this mountain road, designated as one of Norway’s national tourist routes, affords drivers with views of mountains, waterfalls like the Seven Sisters, and the UNESCO World Heritage-listed Geirangerfjord. 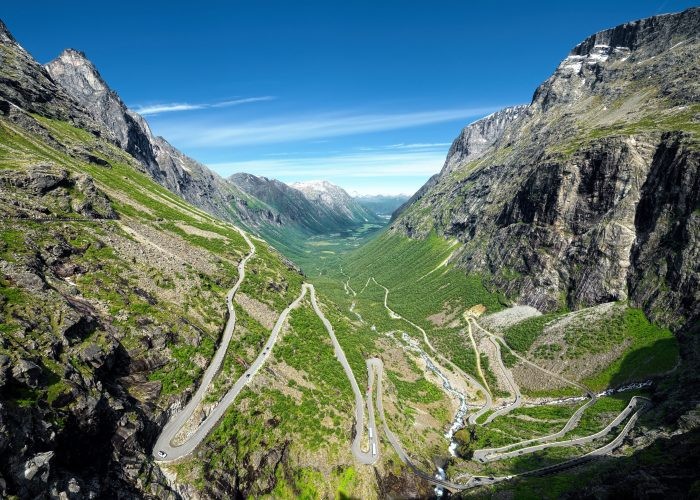 Like any road trip, this one is best when you get out and explore the areas of the drive between Valldalen and Andalsnes. Get up close to the area’s waterfalls by kayaking Geirangerfjord. There are also several historic fjord farms, including Skagefla and Knivsfla.

The Grossglockner Hochalpenstrasse, or High Alpine Road, takes drivers through Hohe Tauren National Park in the eastern Alps with views of Austria’s highest mountain, Grossglockner, as well as Pasterze, the longest glacier in the country at about five miles. 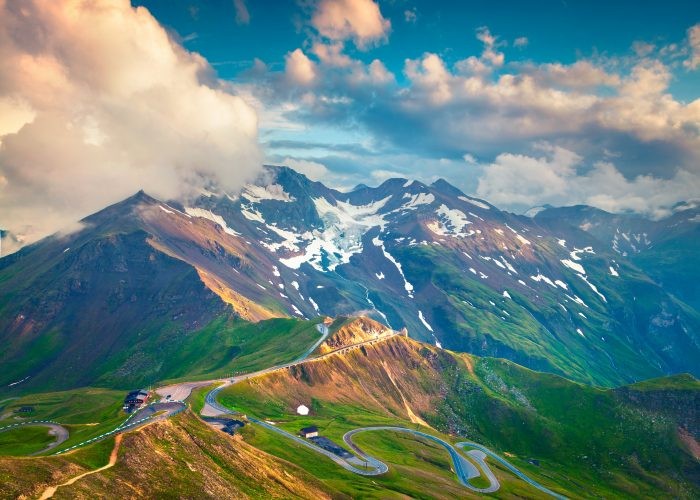 Beyond the 36 hairpin turns, you’ll want to get out of the car for a hike to any of the alpine huts dotting the landscape, or go further into the national park for hikes like the easy five-mile round-trip trail to Stappitzer Lake.

While Greece’s islands are generally the center of attention when it comes to vacations, the mainland is ideal for countryside cruising. Begin at Athens, where you may visit the ruins (Acropolis, Parthenon, Temple of Hephaestus, etc.) before heading to the Laconia countryside. 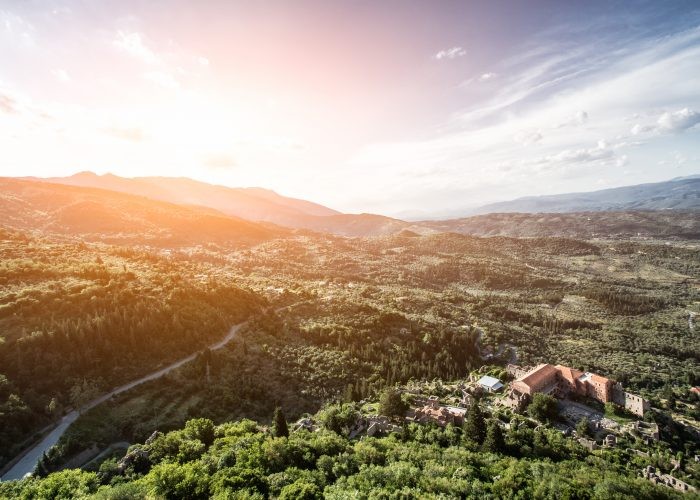 Visit Sparta, the current city that is thought to be the location of ancient Sparta, if only to pass through on your route to Mystras. The archeological monument of medieval remains is set in a beautiful environment and is listed on the UNESCO World Heritage list. Before returning to Athens, stop in Olympia to see the temple remains and the ancient Olympic Games.

Begin with a trip to Florence before loading up the car and driving into the Tuscan countryside. Orvieto, a hilltop town famed for its Gothic cathedral, cave network, and Classico wine, is the first stop. Park your car for free at the bottom of the hill and walk up to the old village. 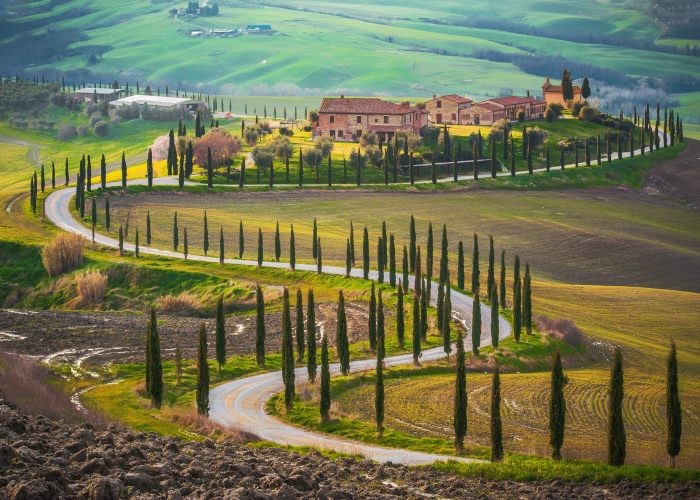 Make a circle of the journey by seeing some of Italy’s less-visited coastal locations, beginning with Talamone, a tiny fishing hamlet with an antique castle towering over it. The beaches at Marina di Grosseto and the Riserva Naturale Scarlino in Follonica are well worth a visit from there. Look for farmhouse lodgings in the region because it is famed for its agriturismo. Return to Florence, stopping at Siena and Castellina in Chianti.

Any time of year, the Irish countryside is a wonderful location for a road trip. The Ring of Kerry, a road that circles the Iveragh Peninsula, offers a range of scenery, including mountains, medieval villages, beaches, and lakes. The chiseled coastline provides stunning vistas, and small taverns along the road are ideal for stopping in for a pint and waiting out any severe weather. (Of course, don’t drink and drive.) 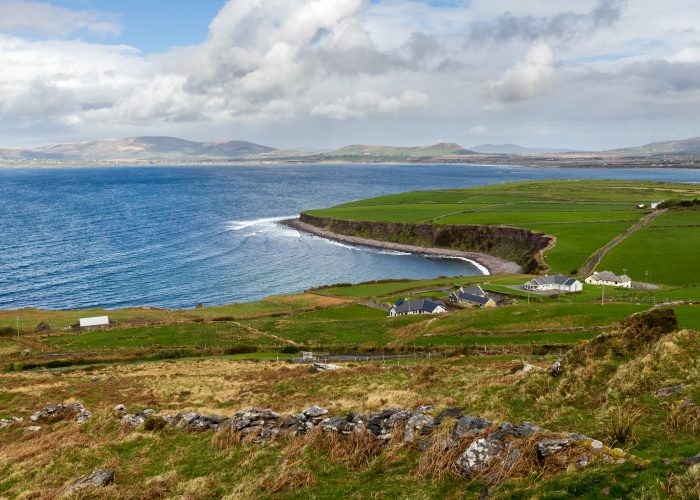 Visit Ross Castle and Rossbeigh Beach while walking along a section of the Kerry Way, a roughly 125-mile walking route. Make your vacation more relaxing by staying an additional night at one of the area’s bed & breakfasts, which are well-known for their friendliness.

Romania’s national route 7C, or Transfagarasan Mountain Road, was made famous by Top Gear and winds through the Fagaras Mountains, which are part of the Carpathian range. To accommodate for the hairpin curves and steep hills, the top speed is 25 miles per hour. 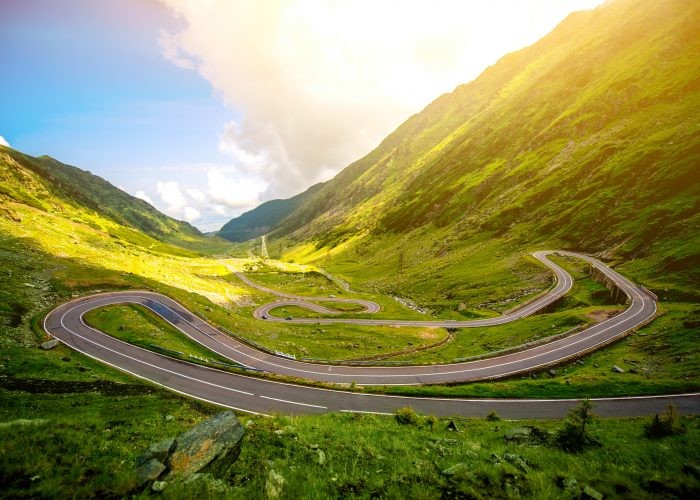 You’ll pass through the Arges River canyon and through Poenari Castle, which is famed for its link to Vlad the Impaler, as you cross viaducts and drive through tunnels (the supposed inspiration for Count Dracula). Stay on 7C around Vidraru Lake since it is more maintained than the road on the other side. Check road conditions before embarking on your journey, as the route is generally blocked from October to June.

Route 1 surrounds the whole nation of Iceland, earning it the moniker “Ring Road.” For most visitors traveling into Iceland, starting and finishing in Reykjavik makes sense. Allow plenty of time to stop and explore the varied alien scenery and stunning fjords, such as Eyjafjordur. 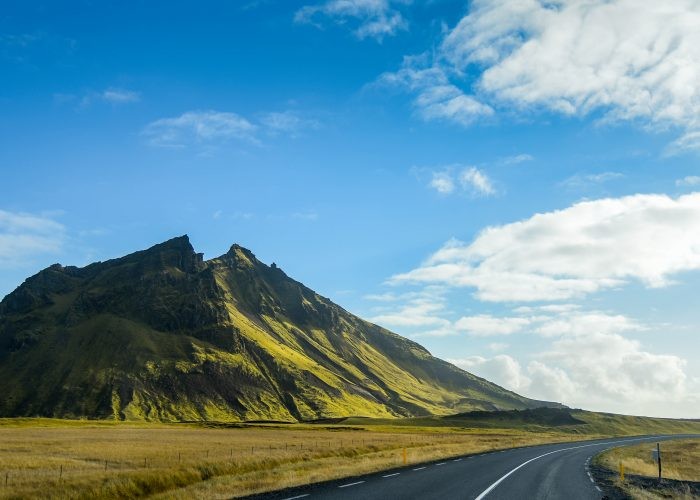 Volcanically active areas with lava fields, geysers, mud pools, and other geothermal phenomena around Lake Myvatn in the north contrast sharply with the Vatnajokull ice cap in the southeast, lending credence to the name Iceland. Thingvellir National Park (also a UNESCO World Heritage Site) towards the west, right off Route 1, presents another aspect of the islands, with rugged outcrops and vegetation around Viking traces.

Meet Jen & Dave — The couple who loving traveling and blog