7 ways to enjoy the Hygge lifestyle like a real Nordic

Living in peace with nature is one of the numerous ways in which the Nordic people enjoy the hygge lifestyle in its most basic form.

When I initially started learning Norwegian over ten years ago, I noticed something. The Norwegians (and their Danish neighbors, separated only by a strait) have a special interest in the use of the two adjectives hyggelig and koselig, which are used to talk of comfort, friendliness, warmth, and many positive qualities. These words are commonly utilized in nearly any scenario and are regularly used as catchphrases as long as what is said is intended to imply something amusing. 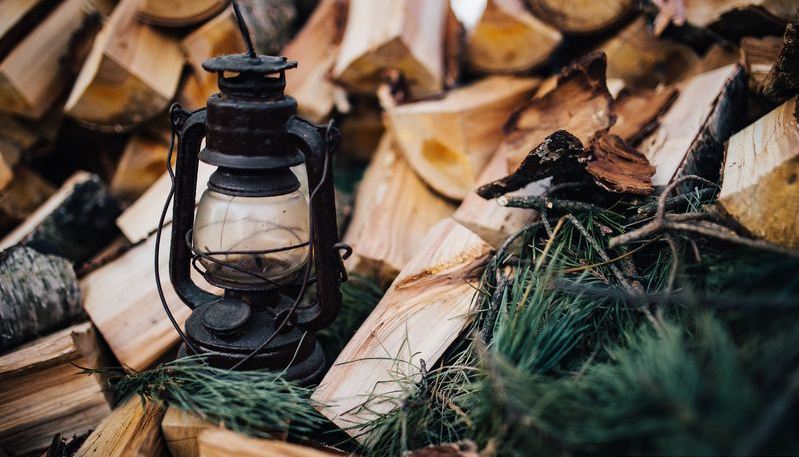 At first, I employed those terms without much thinking, primarily as a linguistic habit that can only be explained as “that’s just the way it is!” Later, after living in Norway for a while, I began to grasp the underlying meanings of the phrases and eventually adopted the Nordic hygge lifestyle.

Hygge (pronounced hue-geh) is a Norwegian word that originally meant “well-being” or “hug.” When the -lig suffix is added, it becomes hyggelig, a healthy or pleasant adjective. This is why, following welcomes and name introductions, Norwegians will shout “Hyggelig!” which translates as “Nice to meet you!”

Moving south, to Denmark, hygge and hyggelig have an entirely different connotation, suggesting happiness and warmth (noun) or joyful and warm (noun) (adjective). And it was the Danes, not the Norwegians, who popularized the notion of hygge as the Nordic hygge lifestyle. Today, the term hygge has grown so widespread that there is no need to look for a comparable phrase in English and instead uses the original Danish word.

The hygge lifestyle is not limited to Denmark, since other Nordics live their lives in this simple manner. It depends on how they refer to it. In Norway – the original “home” of hygge – today is called koselig. For the Swedes, the hygge spirit is conveyed by the word traveling, which means “cozy.”

Hygge from within the home…

The North-Western climate is renowned to have five winter months every year, with snowy nights and days without the sun. The dwellings there are designed to be the warmest and safest locations for people to reside in throughout the long, brutal winter months. 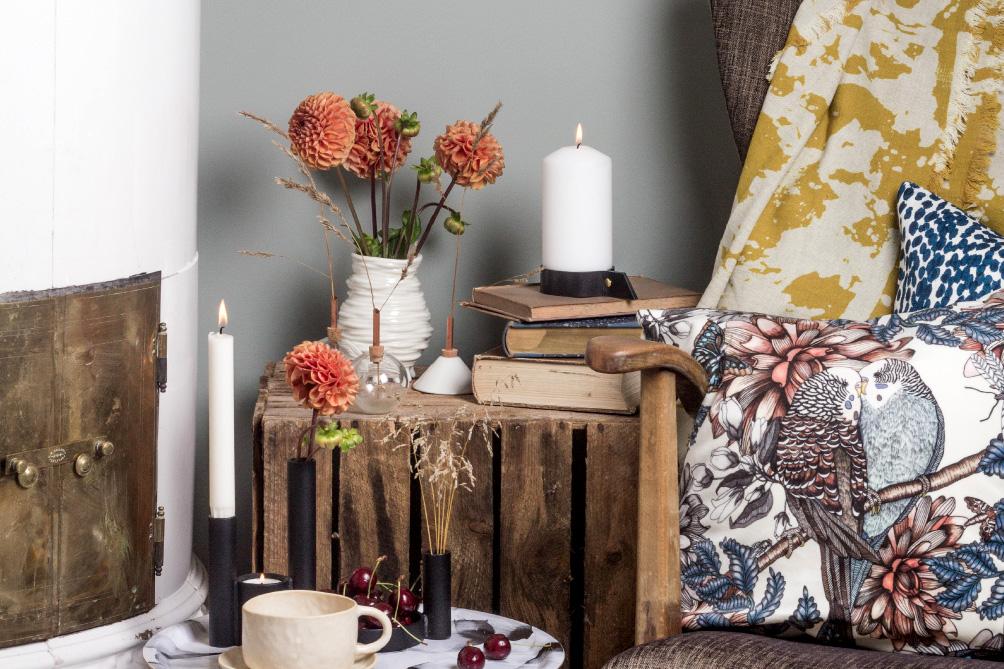 The typical Nordic home is made of wood, with walls approximately 50cm thick, which is enough to insulate the building. The outside can be colored, but the interior is often rough wood paneling. The roughness of the pine wood, the light brown of the wood mixed with the golden light is enough to create a warm place within the home to generate the hygge mood for a home in cold countries. 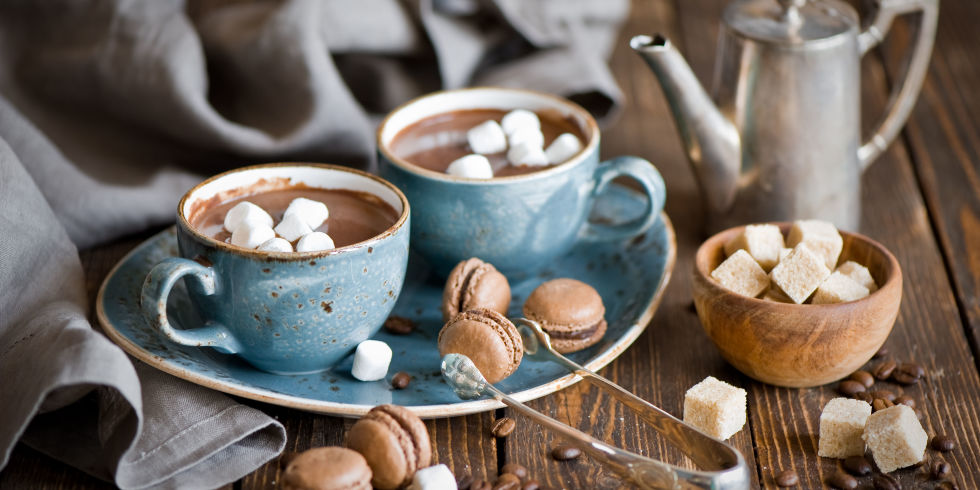 My family and I used to reside in an apartment right in the centre of Oslo (Norway) before moving to the suburbs. We had become accustomed to the comfort of contemporary flats and were thus concerned about the relocation. My uncle constructed the house we acquired from him 30 years ago. My husband and I, however, concluded that after spending our first winter in the modest suburban house, we no longer missed our prior luxuries.

When fall arrives, bringing with it the depressing rain, people begin collecting fuel for the fireplace. The firewood is generally divided into tiny logs and stored on the side of the house next to the garage, with a cover over it to keep rain from soaking the wood. People start lighting fires in their fireplaces when the temperature drops below 0oC, generally in the afternoon when everyone in the family has gotten home and is waiting for supper. After a substantial supper, the entire family would congregate around the crackling fireplace, sipping coffee or hot chocolate, oblivious to the thick snow falling outside. This is considered a wonderful evening and there is no need for anything but peisekos – the happiness of sitting beside the fireplace. 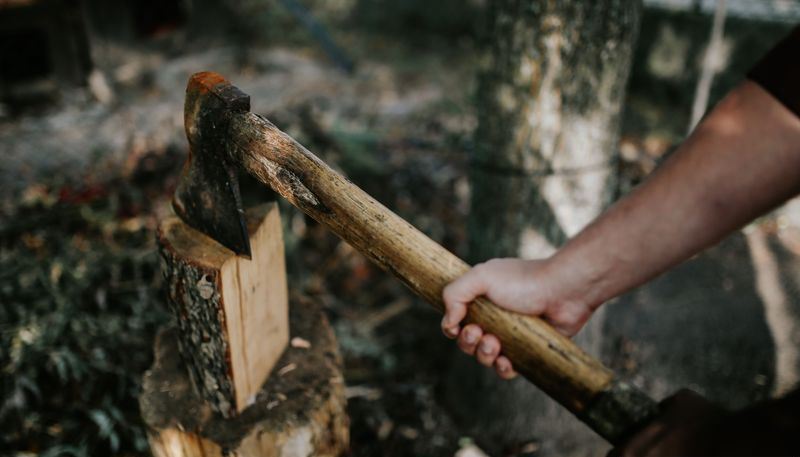 … Hygge out in the street

Sweden is the world’s second-largest coffee consumer, after only Finland. The Danes and Norwegians are not far behind, since both are among the top ten coffee-consuming countries in the world. As a result, in large cities, there is a café on every corner. 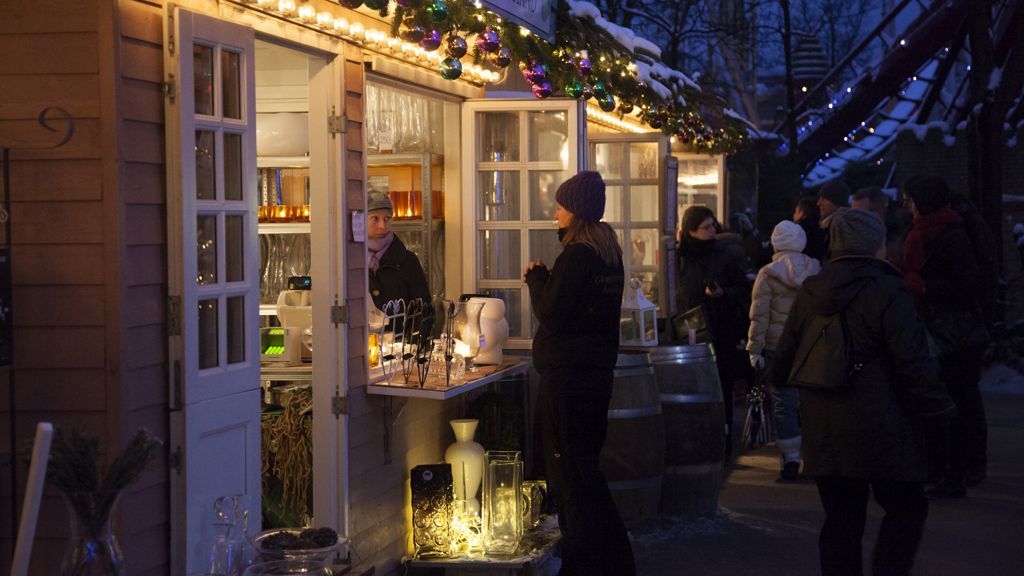 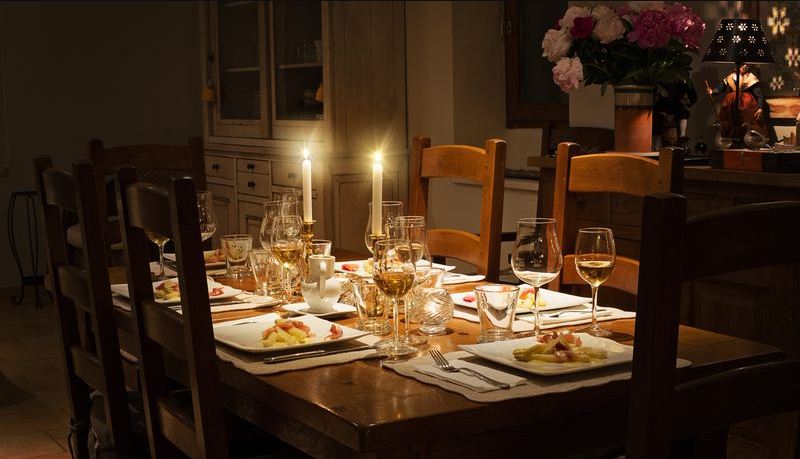 Unless they are multinational coffee houses with franchisees of the same name and style in every part of the world, a real Nordic café will always greet you with a warm, hygge feeling as you walk through the door. 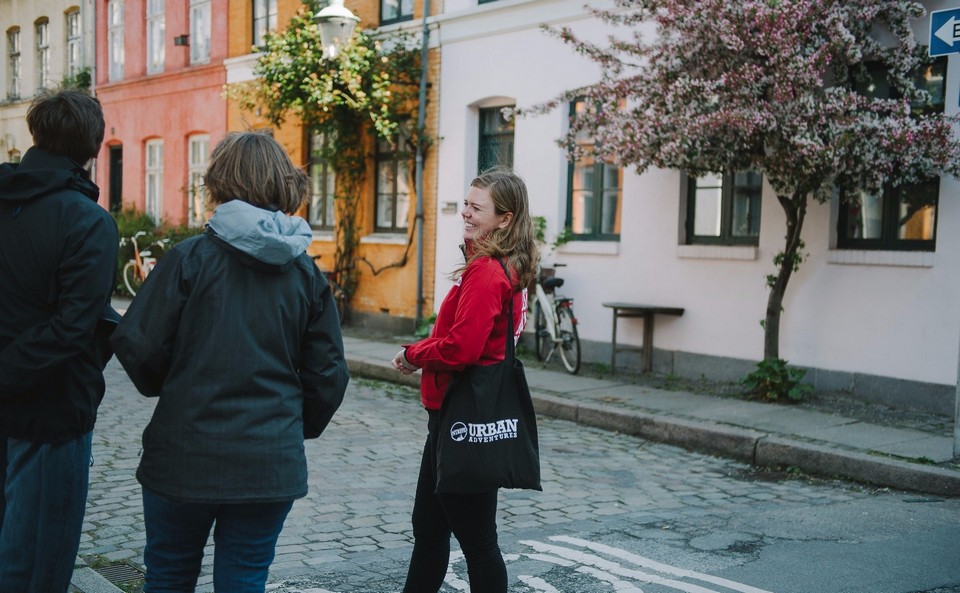 Those little café businesses are generally found within old buildings in historic districts, with low ceilings, dark lighting, and beveled floors that creak when you tread on them. Otherwise, the business would be a little area, with only enough room for a few sets of tables and chairs within and a few more out front. 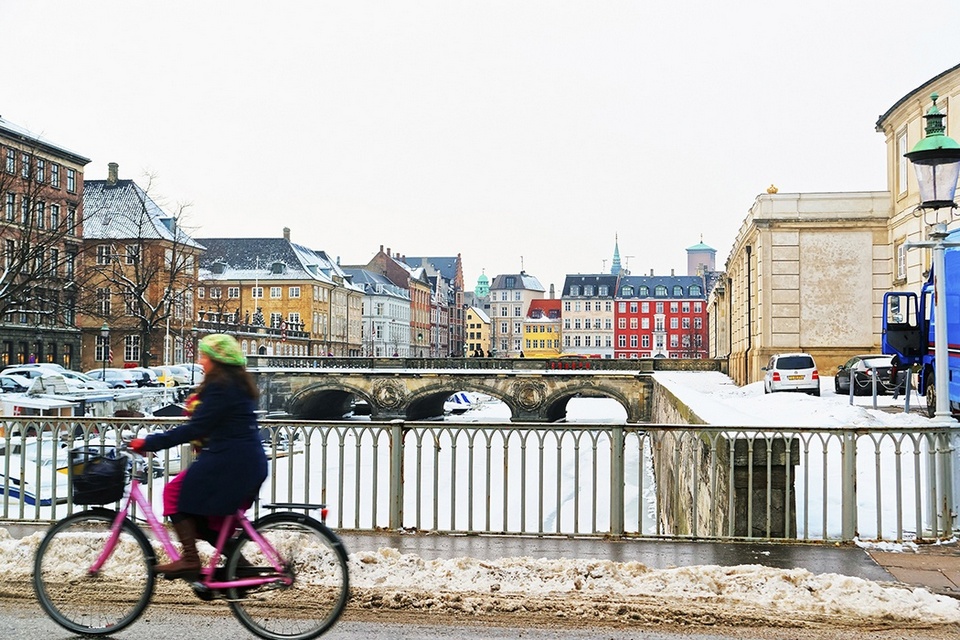 My family and I went on a weekend trip to Copenhagen, Denmark, many years ago. We got weary of traversing the streets and discovered a little café on a street corner so small that I can’t recall how we found it now. I could only recall the moment I pushed the door open to meet the pleasantly cozy environment within the café, which was nothing like what you would expect when walking into a foreign café in a different city. 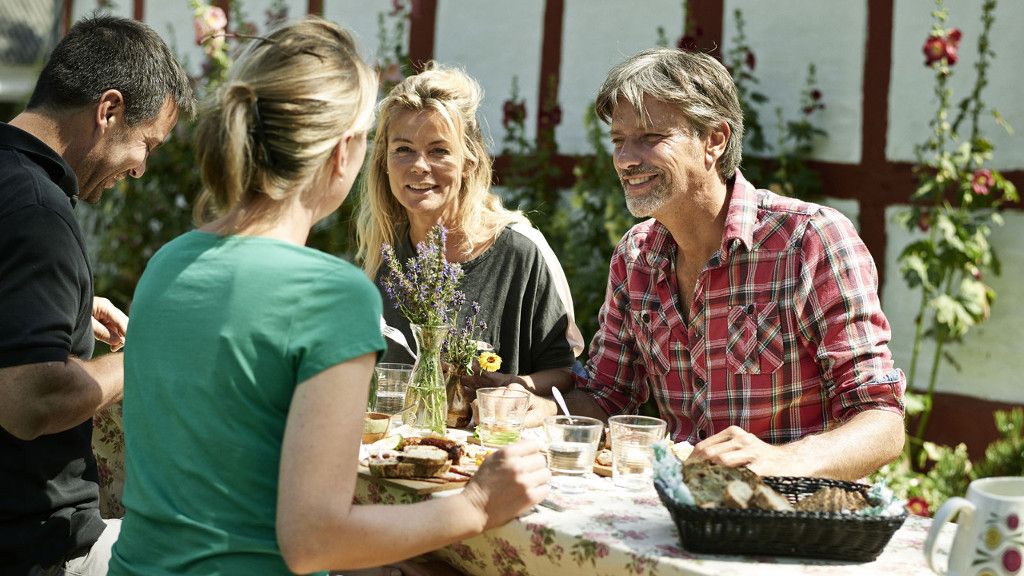 Norwegians have a saying: “There is no bad weather, only clothing not suitable”, which implies that you can feel comfortable in any season, as long as you wear the right type of clothes. And so when there is a rainy day, people would go into the woods picking mushrooms, or during long winter months sit hours and hours by the icy lake to fish!

Living in harmony with nature is one of the many Nordic ways to enjoy the hygge lifestyle in its simplest form. During the twelve months of the year, there is always a reason for people to go outdoors. Even with winter as the harshest season, they would go out for a coffee with their friends or play snow sports to pull themselves out of the house, indulging themselves in a wide range of physical activities and simply breathing in the fresh air.

Living in the suburbs for a while has made me notice something very interesting: in the summer, the supermarkets here hardly sell any berries like strawberries or raspberries. It was not until after some time that I realized that these delicious fruits grow wild in the woods, even among the bushes along the streets. Why buy in the supermarkets, when you can hand-pick them delicious, fresh and, especially, for free!

Autumn often arrives with endless rain, prompting the Nordics to simply laze around the house looking out on the porch, leisurely sipping cup after cup of aromatic coffee and enjoy delicious homemade jelly sandwiches. This simple happiness is called hygge.

7 ways to embrace the hygge lifestyle like a true Nordic

You don’t have to be a Nordics or live in Northern Europe tol create a hygge lifestyle. Simply follow these steps.

The Nordics place great importance on time spent with family. If you go out to dinner, it must be very special occasions such as a wedding or some other event. No matter how busy you are, always try to come home to have dinner with your family. 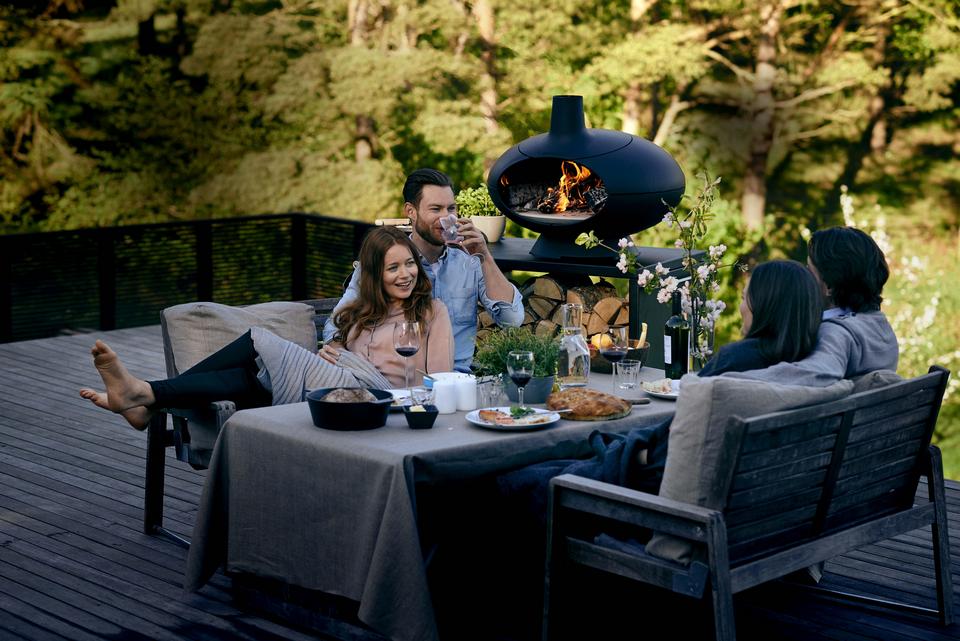 Besides having dinner with your family, cooking at home is also a sure way to help you connect with your family members. Cooking with your mother or your children, especially the young, make it a fun time. 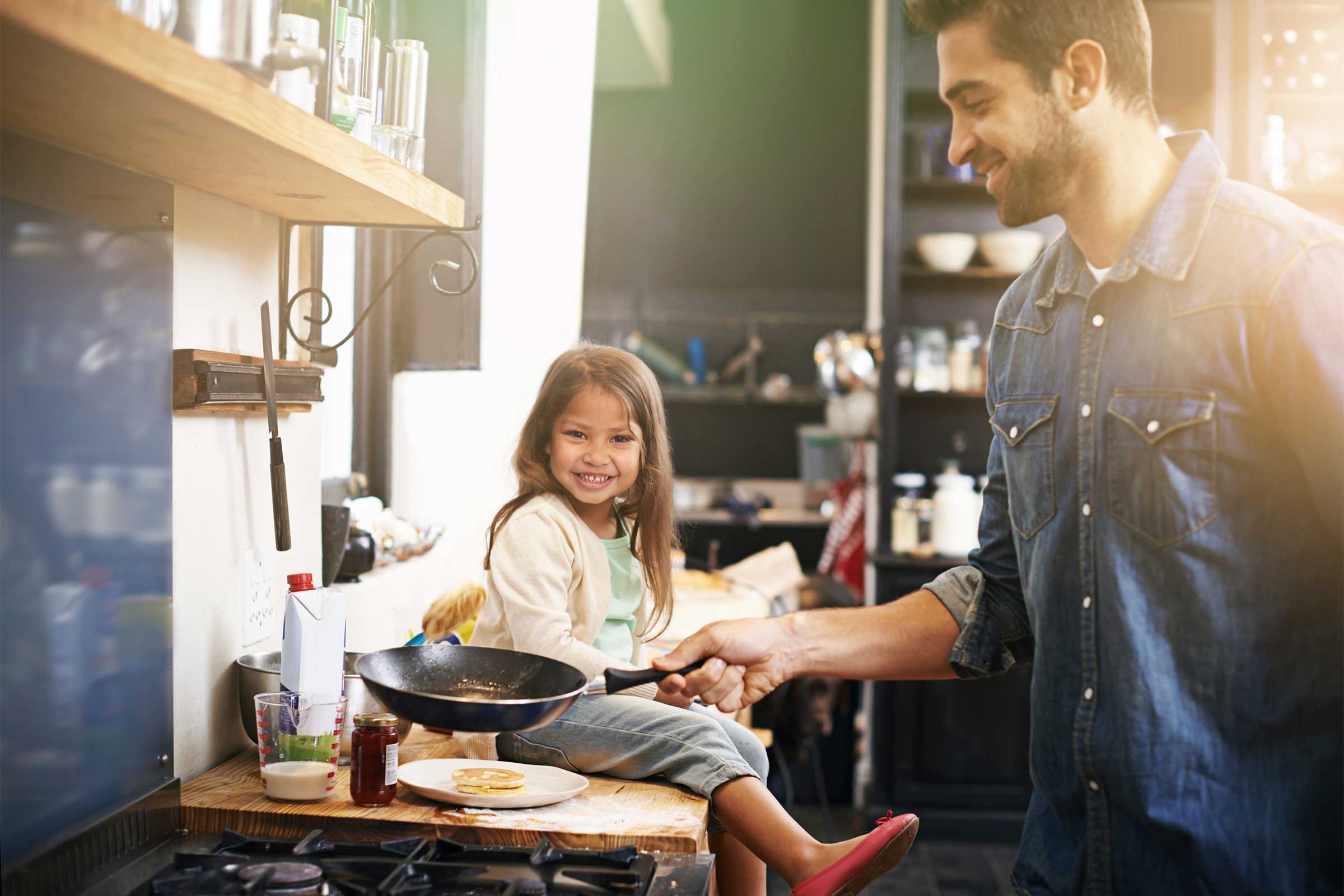 3. Immerse yourself in nature

If you live in the city and cannot afford to go to the woods or the beach regularly, you can instead take a weekend walk in the park and in the early morning breathe in fresh air, or camp somewhere near the city with your friends. 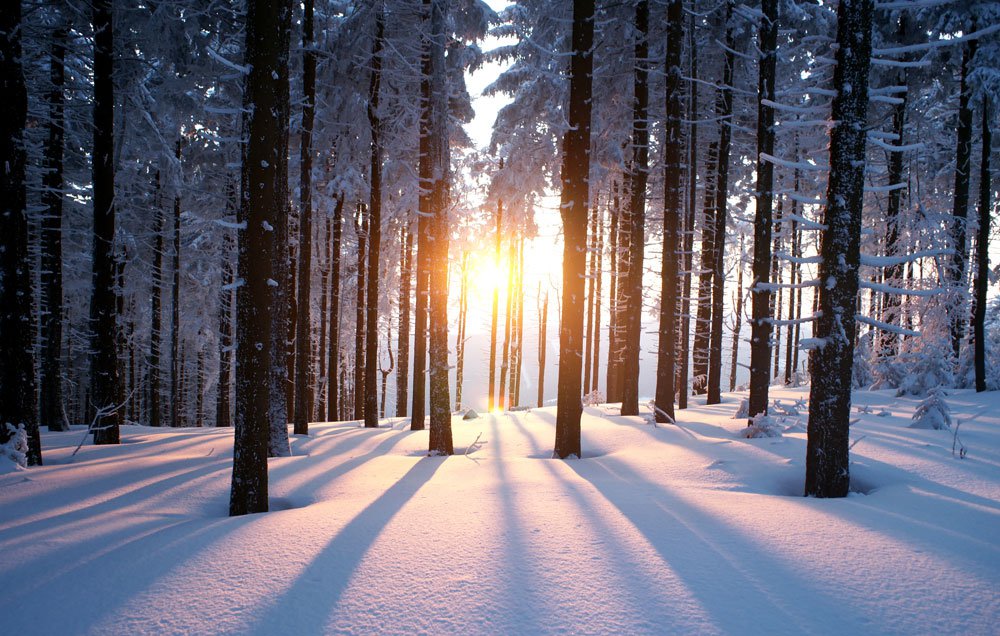 It could be a morning walk, a bike ride to the market instead of riding a motorbike, swimming on a hot day, or simply using the stairs instead of the lift if you just need to go up a few floors. 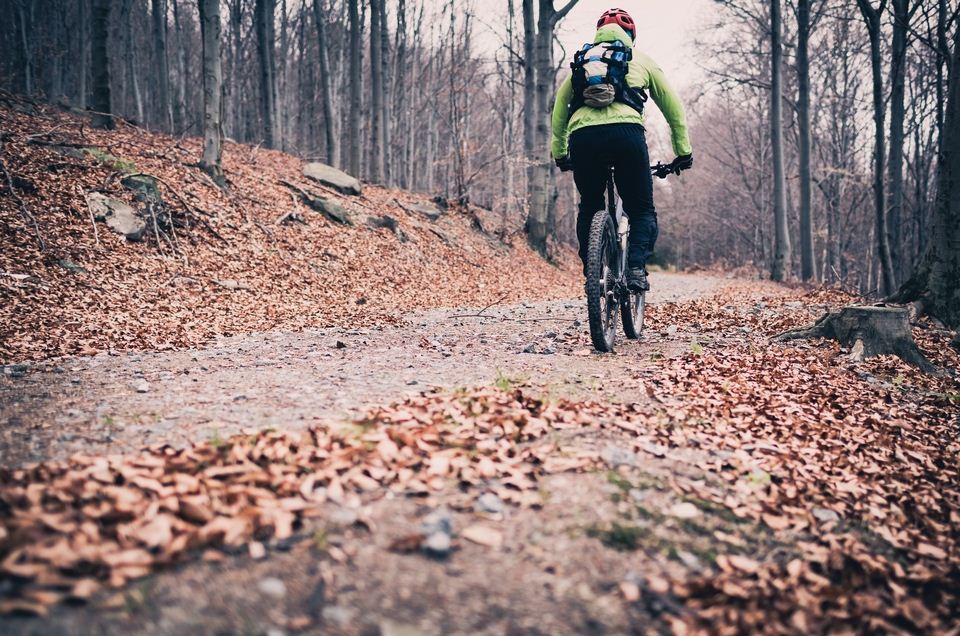 5. Limit the use of electronics and Read on a rainy day

Cut down on watching TV, use fewer electronic devices, especially during family meals. Instead, read a book, read newspapers, or simply talk to people around you. On cold rainy days, there is nothing better than rolling in a blanket, reading your favorite book and drinking a cup of coffee or hot cocoa. 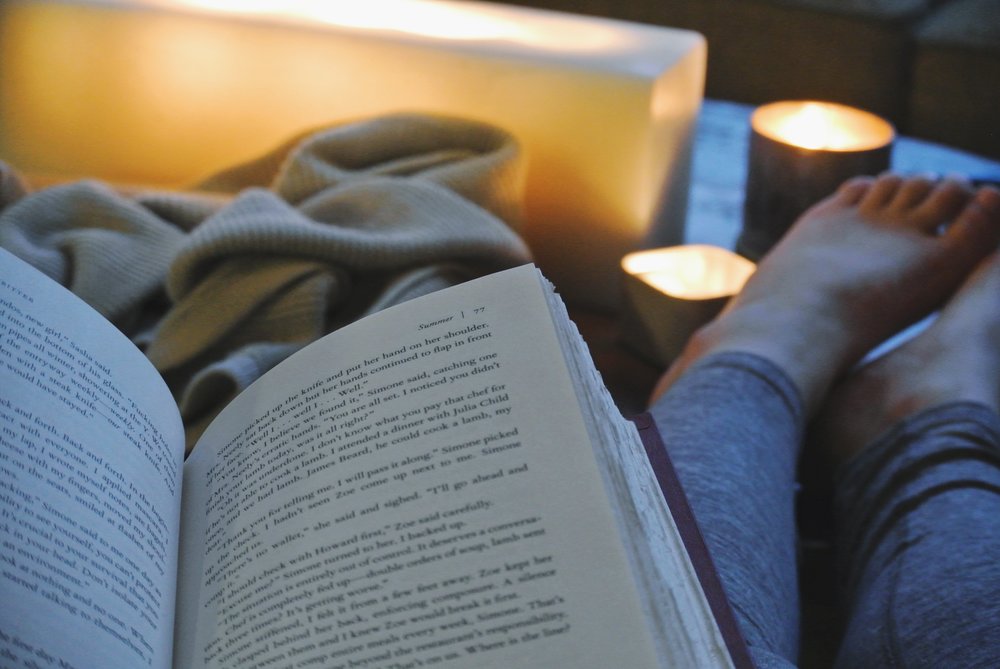 6. Re-decorate the house in minimalist style

If you cannot re-decorate the entire house, at least keep your bedroom in Scandinavian minimalist style. An airy room will make you feel more relaxed and improve your sleep quality. 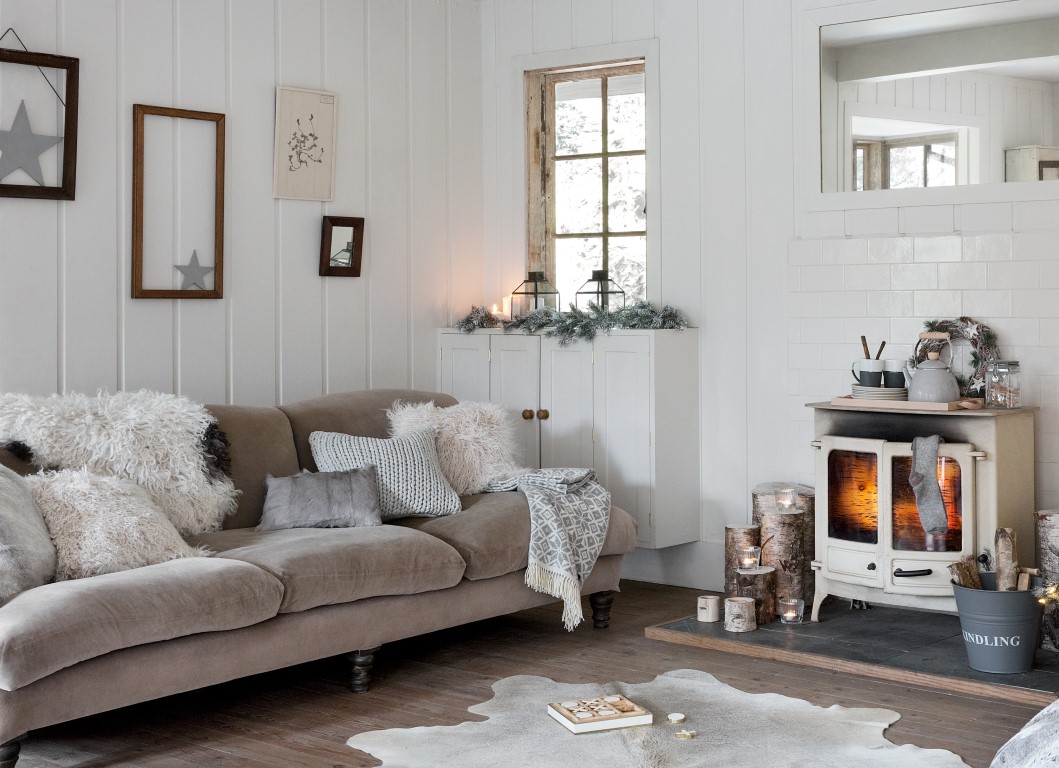 Of course, there will be times when you feel depressed, frustrated, tired and countless other negative emotions. At those moments, instead of focusing on what makes you sad, look at things in a positive light, such as what lessons were there to learn. 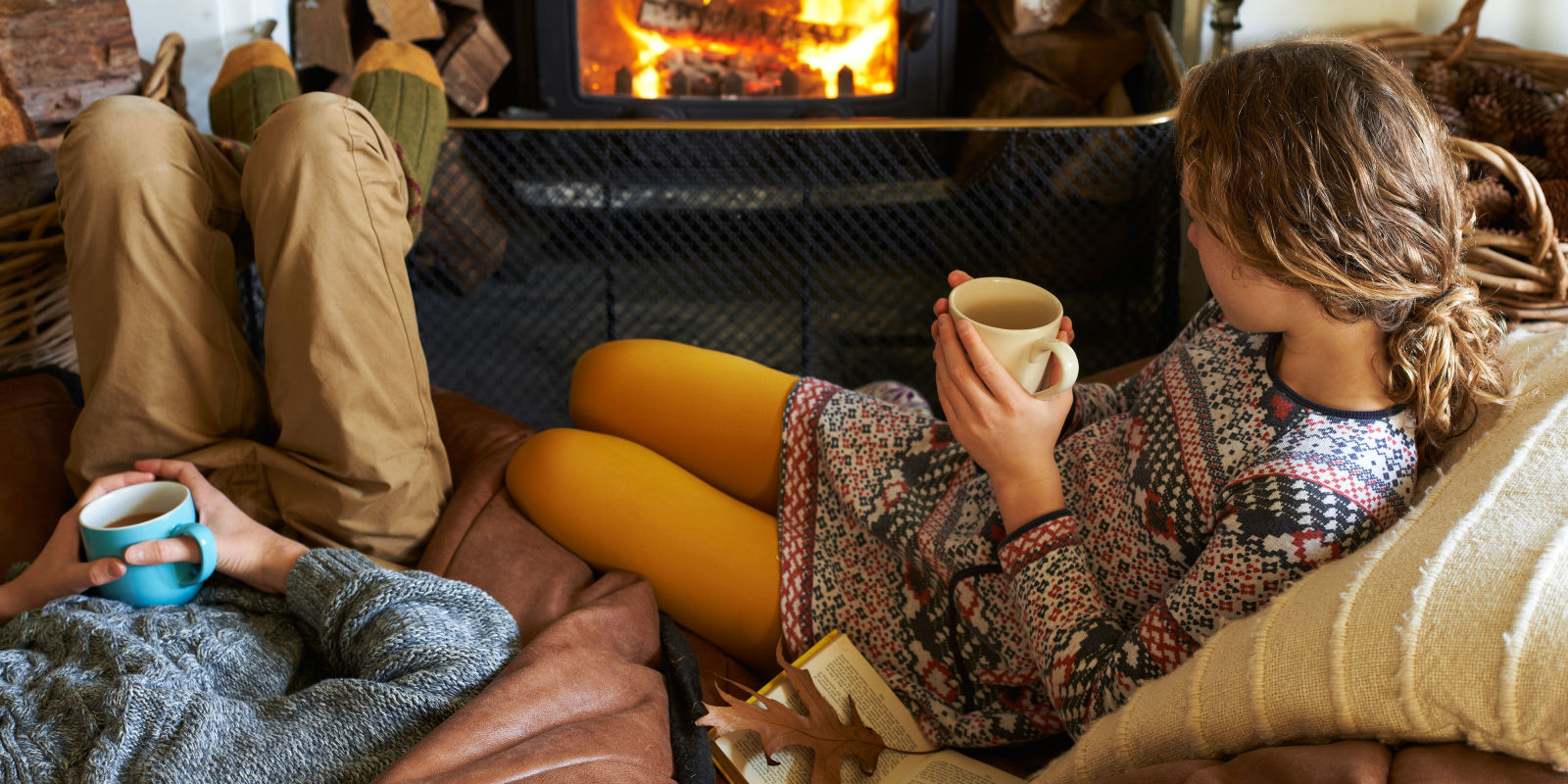