Many travelers perceive Pakistan as a dangerous and secluded nation governed by harsh religious restrictions. However, as I discovered on a recent trip, this nation is full of delightful surprises. Join me as I explore the lives of individuals living atop the country’s ‘roof-top. Blog about my journey to Pakistan: Pakistan travel blog – A trek to Pakistan’s roof. 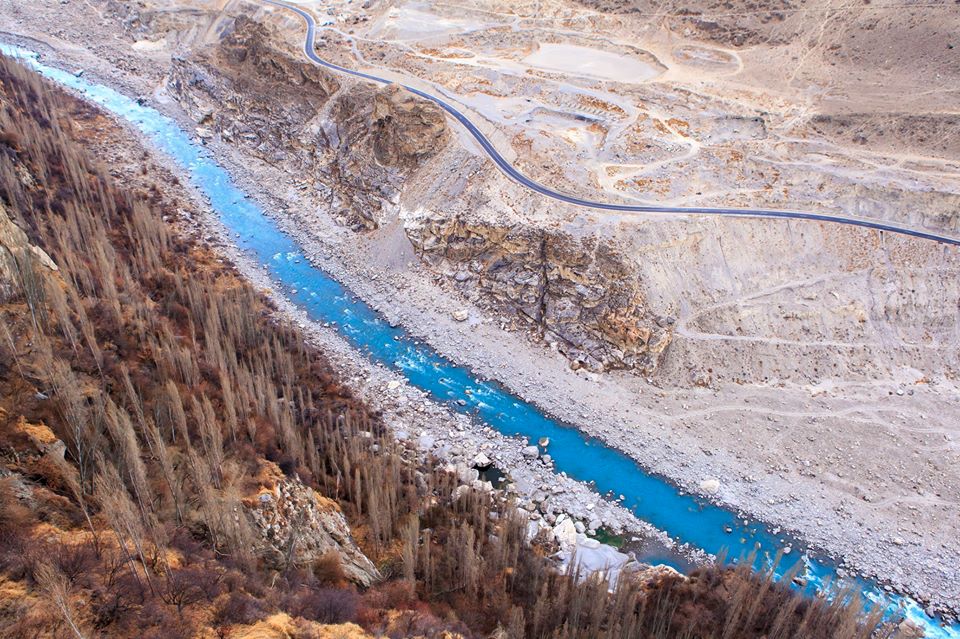 The Karakoram, a beautiful mountain range straddling the borders of Pakistan, India, and China, conjures up images of the difficult camel caravan treks along the Silk Road. Pakistan has a rich and distinct culture, which is reflected in the character of its long-haul vehicles. Pakistan is defined by its people’s basic, tranquil way of life in the beautiful Hunza Valley. I went to Pakistan to find these amazing things, but instead I discovered myself.

The Karakoram, a great challenge on the Silk Road

The Silk Road was a historic commercial route network built during China’s Han Dynasty. It began at the Chang’an Citadel (modern-day Xi’an) and extended all the way to the Roman Empire. Camel caravans had to convey huge cargo from China to other countries by traveling the icy and hazardous Pamir Mountains and the remote Karakoram range, which connects Pakistan with Kashgar, an oasis city in Xinjiang, China. 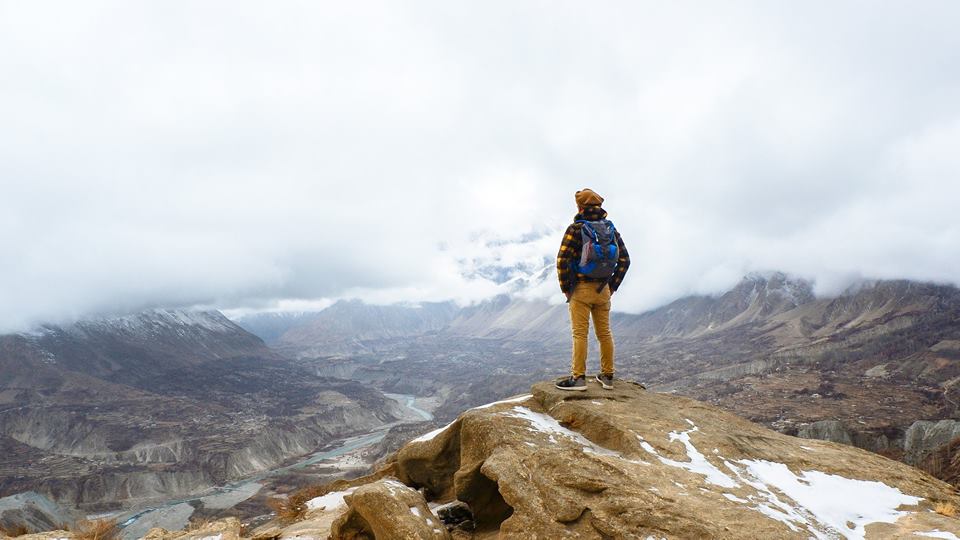 Traveling the Karakoram Highway is still a perilous task today. It is the highest paved international road in the world, standing at 4,730 meters above sea level. This mountain route is occasionally dangerous, with zigzagging bends and a high risk of flash floods. On this route, flash floods and landslides have taken hundreds of lives.

In order to experience traveling a branch of the Silk Road, I bought a one-way bus ticket from Rawalpindi to Hunza Valley. They do not sell return tickets at the same location because the weather in Karakoram is unpredictable and affects scheduling. The bus departs at 9 pm every day and arrives at Hunza at 6 pm the next day if the weather is good (the road is nearly 700 km). I had to make ten copies of my passport and visa to submit at security posts, as this road belongs to the sometimes unstable Kashmir autonomous area.

As the bus was preparing to depart, a man in civilian clothing used a small camera to take a picture of each passenger’s face. A local friend explained that due to insecurity in the country, drivers or police will keep passengers’ images to ensure their records in case of unexpected events. I started sweating when I saw the driver place a gun beside the steering wheel. It seemed to demonstrate how unsafe the area could be.

The bus ran relatively fast until dawn, then stopped for two hours by a roadside inn to allow the driver to rest. In the morning we got back on the bus to undertake the difficult-to-access Khunjerab stretch of mountain road. It began to rain lightly. Drivers in Kashmir are afraid of heavy rains, as they can cause landslides and block buses. Fortunately, we arrived at Hunza on schedule.

The way back, however, did not go as smoothly. The Karakoram was blocked by hundreds of huge rocks falling down the road. I had to stay in Hunza an additional two days until the snow and rain cleared.

“Jingle Trucks” on the snowy mountains

Pakistan impressed me with its magnificent scenery and unshakeable religious values, however what surprised me most about the country was its colorful lorries. These trucks carry Pakistan’s mysterious culture with them up the imposing snow mountains.

Visitors to Pakistan will be delighted to see the country’s unique take on lorry travel, with brightly colored and intricately patterned trucks traversing the highways. Many have been captivated and delighted by this unique aspect of Pakistan.

These special trucks, known as “Jingle Trucks,” have become a global phenomenon. Truck and bus drivers across the country customize their vehicles according to their own particular styles. Since they sometimes have to be away for months at a time, many drivers incorporate elements that remind them of home onto their trucks. Decorations may include paintings and calligraphy, or even structural changes like mirror work and wooden door carvings. Depictions of historical scenes and poetic verses are also common. Chains and pendants sometimes dangle from the front bumper. Outfitting is often completed at a coach workshop.

Many researchers have studied the unique cultural elements behind these elaborate decorations and analyzed how this subculture affects truck drivers’ lives, culture, religion and spirituality.

The tradition of decorating carriages appeared long time ago in Pakistan and some other South Asian countries including Afganistan, India and Bangladesh. In 1920, the Kohistan bus company invited skilful painters from Ustad Elahi Bakhsh to decorate their buses in the hopes of attracting more passengers. They found painters from Punjab, the same place where artists had gathered to decorate the palaces and temples of the Mughal Empire. Modern science and technology has allowed for more intricate and elaborate designs that retain original cultural character. 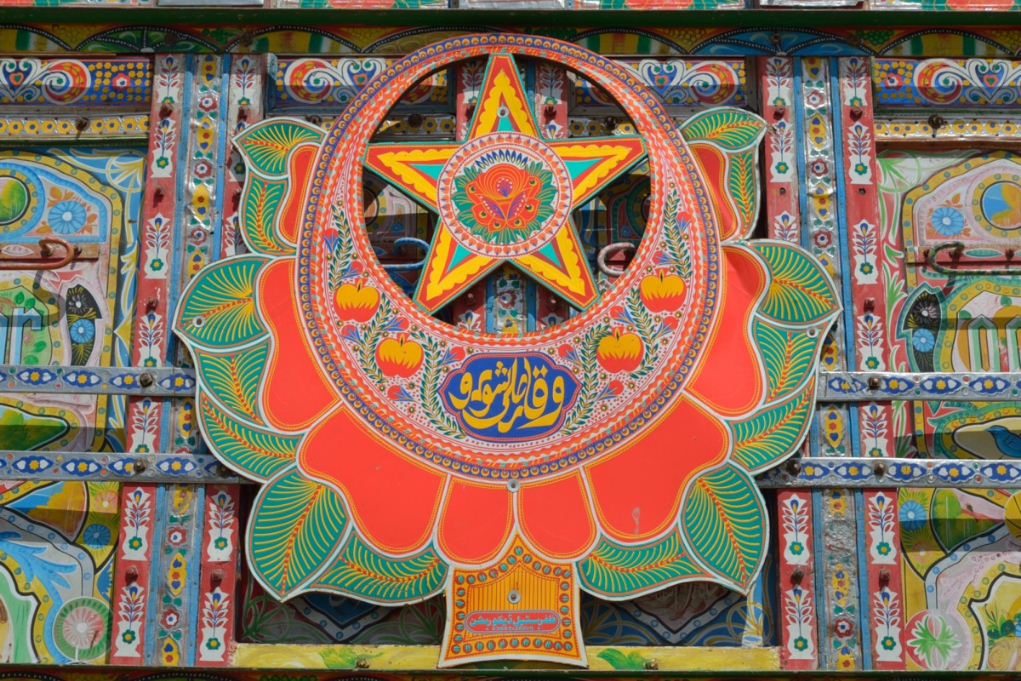 I was fascinated in the patterns on the Jingle trucks and the stories they told. Their wheels, roofs, chassis and bodies were covered with mysterious patterns. It was an unforgettable experience to sit in a truck slowly crawling the 4,693 meter high Khunjerab mountain road and listen to bells and tintinnabula sing below us on the chassis. The driver explained that in addition to their decorative function, bells helped drivers concentrate on their work and warded off evil spirits.

There is a wide range of patterns displayed on each truck. These are categorized into five main groups:

Decorations and styles vary across regions. Karachi, Pakistan’s largest city, is considered the capital of these special trucks. The cities of Rawalpindi, Swat, Peshawar, Quetta and Lahore also have their own characteristics. Trucks in Balochistani and Peshawari tend to be decorated with wood, while plastic is more commonly used in Rawalpindi and Islamabad. After purchasing a truck, its owner will take it to a garage to decorate his “second house.” He can decorate it as he pleases. These modifications can cost between USD 3,000 and 5,000.

Jingle Trucks represent Pakistan’s culture, history and regional customs. Each colorful truck is a miniature surrealist spiritual world that helps protect its driver from danger on the winding mountain roads.

Peaceful life in the Hunza Valley

Before I left, I read Three Cups of Tea by American writer Greg Mortenson, which is about the author’s effort to educate the poor in Pakistan and Afghanistan. The descriptions in the book made me nervous, but they also piqued my interest in visiting Gilgit–Baltistan, which has imposing scenery and remote settlements that are loosely regulated and threatened by bandits.

Gilgit is the largest metropolis in Pakistan’s northern region and the metropolitan hub of Kashmir. The Hunza Valley, located 50 kilometers outside of Gilgit, is home to many Muslim populations and is known for its spectacular snow-capped mountains. Even Pakistanis who live in the country try to visit this location at least once in their life.

On the long bus ride to the valley, I met Sharoz, a doctor. He told me that Hunza had formerly been a land of kings, and thus life in the valley was quieter and more peaceful than life in Gilgit.

That foggy day, Sharoz welcomed me to his home. His home was one of several mud houses situated dangerously on the slopes surrounding the Hunza River. It became quite chilly at night. Sharoz informed me that due of the regular power outages, the locals frequently went to bed early, and that most households had one or two generators. 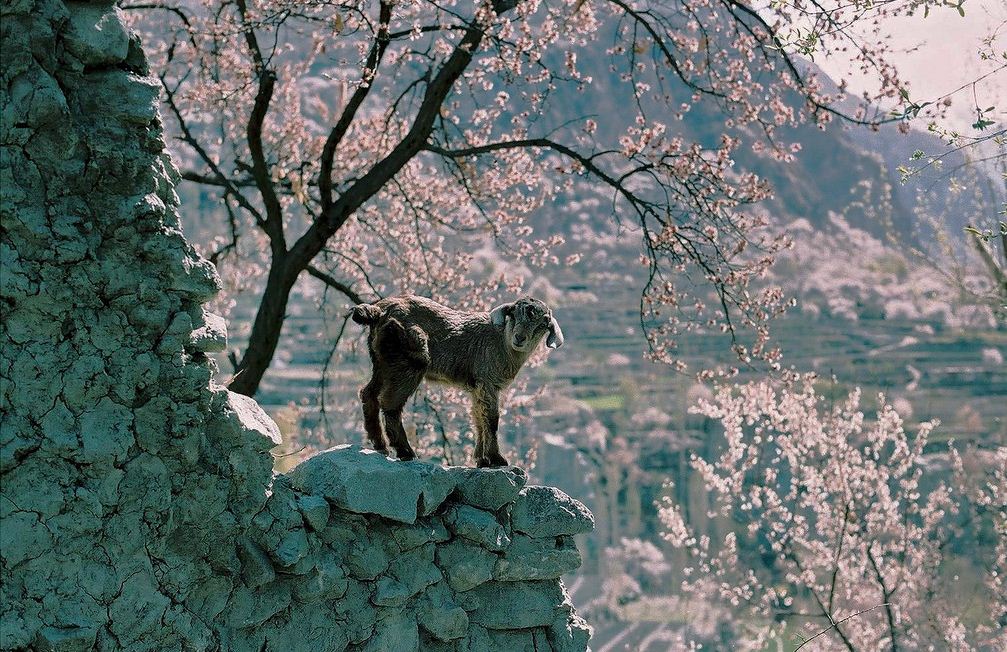 Farming is the main source of income for the residents of the Hunza Valley. Each family pastures hundreds of cattle and grows food for their own consumption and sale at the local market. Merchants also buy these items and transfer them to Gilgit and other parts of Kashmir. Some families also run travel firms. This region is best visited in the spring, when the cherry blossoms are in full bloom along the icy slope.

By the fire, I shared a delicious lamb stew with Sharoz’s family. I felt surrounded by the clear, peaceful atmosphere of the Hunza Valley.

Eleven notes about traveling in Pakistan

This blogger, also known as Nhung Buoc Chan (“Steps”), has visited 72 nations and territories. In 2017, he trekked via Pakistan’s hazardous Karakoram Highway. Pakistan is a peaceful Muslim nation endowed with stunning natural vistas and a great cultural history, hidden behind its rigorous legal system and beyond the misconceptions that plague many people’s thoughts. “Steps” traveled alone to Pakistan to view a portion of the ancient Silk Road. “The furious Hunza River still nestles near to the majestic Karakoram Mountains,” he was impressed by a traditional Pakistani phrase. Despite their occasionally turbulent and dangerous environment, the Pakistani people’s lives appear to be as calm as their souls! 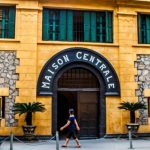