Imagine being surrounded by the exciting atmosphere of a movie-like fight and witnessing appealing moves of Thai traditional boxing just a few feet away from you! Performed at a world-class 600-seat theater accompanied by bustling sound effects, Muay Thai Live will surely live up to your expectation of impressive martial art moves delicately woven into a meaningful storyline.

Dating back to several hundreds of years ago, Muay Thai (Thai Boxing) is the national sport and cultural martial art of Thailand. A form of close-combat using the entire body as a weapon, this discipline is referred to as the “art of eight limbs” since it is characterized by the combined use of hands, feet, elbows, knees, calves, head, etc.

Made up of 2 parts, namely The Legend Live and Warriors Rising, Muay Thai Live is a martial art show that focuses on the exquisite combat art of Thai boxing. The former part takes the audience through the legendary birth and development of Thai boxing, while the latter consists of two bouts of real matches.

With a timeline of 300 years, the show demonstrates essential historical events of the development of the martial art. Throughout the 5 acts, the turbulent yet glorious history of Muay Thai is illustrated by 5 separate stories of Thai boxing heroes, who have several characteristics in common: skillful at Thai boxing, patriotic and chivalrous.

Act I: The Tiger in Disguise

This first act is inspired by the legend of “Tiger King” Phrachao Seu, the thirtieth King of the Ayudhaya period who is described as the king of Thai boxing. In order to fulfill his mission, Phrachao Seu has to fight against the village’s three top fighters, who possess different strengths and fighting styles.

The Prisoner with Eight Limbs is based on the legend of Nai Khanom Tom, a Thai warrior with extraordinary boxing skills. He, along with his fellow warriors, are held in captivity by the enemy. Thanks to renowned excellent boxing skills, Nai Khanom Tom is given a chance to join a duel with the most brutal fighters who are best known for using ancient weapons including a giant axe, a lance, a club, and a dagger. If he wins, all the captives will be released.

The next act is The Warrior with Broken Swords, depicting Phraya Pichai Daab Hak, a fighter revered for using two swords along with his exclusive boxing move that no successors are able to recreate. The Siam protagonist takes part in the most fierce battle to save his village and country.  At the climax, one of his swords is broken, but the warrior continues the fight using different parts of his body as a shield and a weapon.

The Modern Action Hero is a romantic story of a man who utilizes his passion, Muay Thai, to rescue his kidnapped girlfriend. Stunt techniques and parkour, free-running and tricking are also employed to deliver the most intense performance.

The final act, Muay Thai Forever, is performed by all the cast. The “Wai Kru” movement, presented to pay respect to Thai boxing masters, is an implicit affirmation that however long it passes and whatever happens, the three things about Thai boxing will never change: respect for teachers and ancestors, sacrifice for family, and honor the country’s dignity.

Although the 5 acts are narrated by distinctive storylines, Muay Thai Live would not become too serious and educational. In fact, the stories are earthly enough, let alone some really funny lines. The performers are all specialized in boxing and other physical training, and their facial expressions are so real that you can feel their innermost emotions.

The real-life boxing ring was successful in simulating the original ambiance, taking the audience through different periods of Muay Thai. Swords, ancient weapons and special effects of sound, music, and lighting combine to create a one-of-a-kind ambiance that makes children jump on their feet and adults drop their jaws.

In addition to its historical values, Muay Thai Live: The Legend Lives also depicts the emotion and the spirit of each fighter, whether it is about happiness, suffering, courage, sacrifice, love or loss. You will have a chance to experience the original spirit of Thai boxing and enjoy a powerful, meticulous art performance produced by Thailand’s top talents in the field. Admittedly, after watching the show, you will get to learn to appreciate Muay Thai and Thai culture in general more.

Just when you think your eyes and ears have been sufficiently indulged in the beautifully created art of this Muay Thai Live show, you will find out that the wonders never cease to amaze. The two real matches of Thai boxing with the participation of international and local fighters representing gyms around Bangkok will give you the satisfaction no less than in American boxing shows, sometimes even more with all the traditional Asian tactics combined with contemporary moves. Every fist and every motion is full of energy and is a real feast for any action lovers; you can feel the fighters’ passion and love for Muay Thai.

Getting a ticket to Muay Thai show ticket

Tickets can be purchased at the booth in front of the theatre or you can book in advance via a trusted online platform.

If you want to be more flexible on your date of visit, buying tickets on-site is quite simple and convenient as you don’t need to pre-plan schedule or want to freely adjust your Bangkok itinerary.

Nevertheless, if you want to save time from lining up at the ticket booth or look for cheaper deals, then getting your online entrance ticket to Muay Thai Live via Inspitrip is more recommended. Special discounts are regularly offered and the best price is guaranteed when you secure your seat today with Inspitrip!

After confirming your travel date and making payment, you will receive an e-voucher sent to your email within a few seconds. Upon arrival, just present your voucher at the Stage counter to exchange for a physical ticket.

How to get to the show location

You can either get to The Stage by taxi/Grab car or by train then boat since the theatre is located by the riverside.

Know before you do

The Muay Thai Live show is suitable for all ages and genders. There will be some pretty violent scenes, of course, but the producers have made the story so convincing that the show, in fact, can educate children on legitimate self-defense and the beauty of martial art in mental and physical training. That being said, visitors traveling with children may want to tell them a bit about what they are going to see as a mental preparation.

After the matches, you can even take pictures with the performers and fighters. Don’t hesitate to ask them; they are super friendly!

Besides, the theatre is really near the Asiatique night market, where you can pass by and have some snacks and drinks before the show starts.

Muay Thai Live is a worthy experience if you have one free night in Bangkok and are in search of something thrilling but intriguing. Muay Thai, through the exhibition of the performers, is no longer just a sport – it became a crucial part of Thai tradition and national pride. Spending 90 minutes for such a fascinatingly unique experience in your life is absolutely worth your every second.

Are you longing for other things to do in Bangkok? Check out these following articles for the top tips and guide exclusively brought to you by local experts: 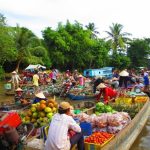 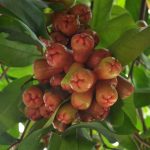