Exploring the art of fire fishing in Taiwan

In Jinshan, Taiwan, the number of boats using the traditional fire fishing method has decreased from 300 to three. The remaining fishermen have a seasonal window from May to July when they can catch sardines using fire, a centuries-old practice.

For hundreds of years, fishermen in Taiwan have used a fiery stick held over the edge of a boat to catch sardines. The fish are so drawn to the light that they jump out of the water and into the fishermen’s nets.

Fire fishing is both simple and enthralling. During the night, fishing boats sail out to sea, lighting a bamboo stick covered in sulfuric soil at one end to create a bright flame. The sulfur dissolves in the water and the resulting gas flashes with fire. Sardines are drawn to the light spectacle and jump out of the water by the hundreds at a time, ending up in the fishermen’s nets. Sulfuric fire fishing was developed during the Japanese occupation and is now only practiced in the Jinshan sulfur harbor. 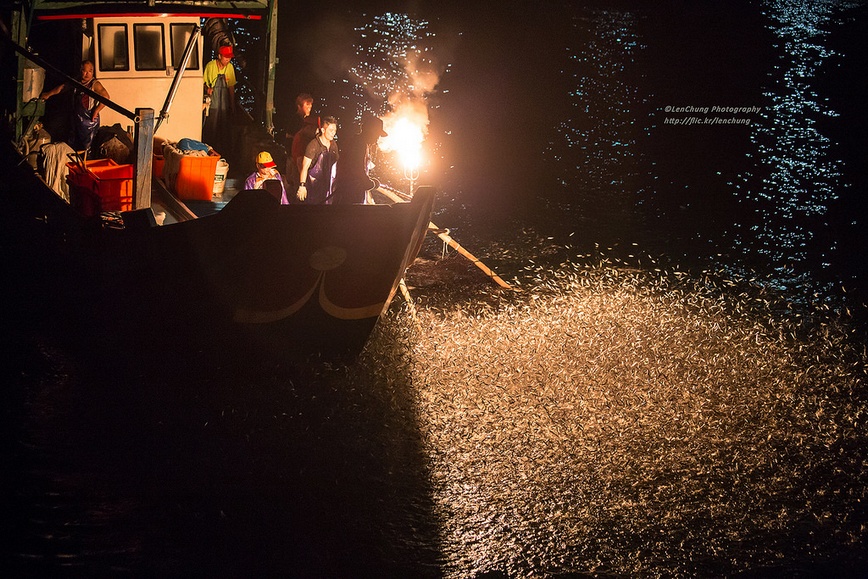 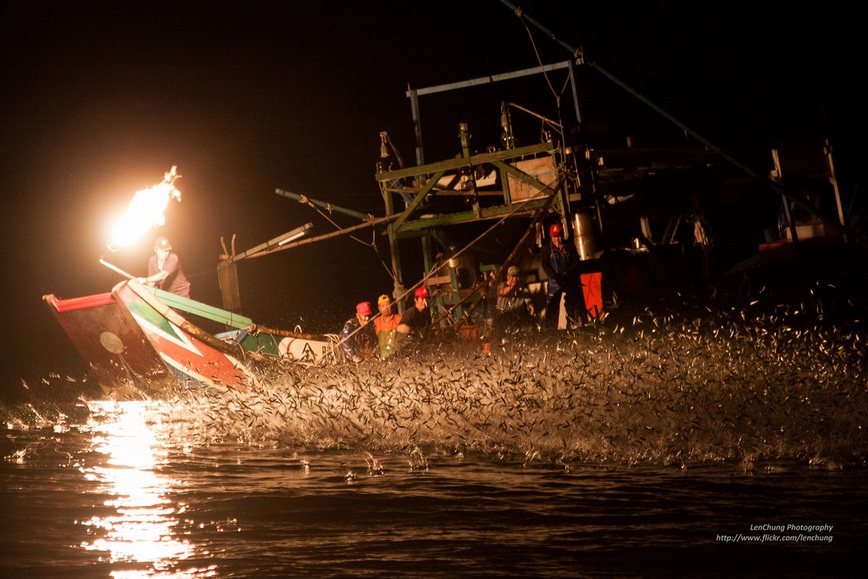 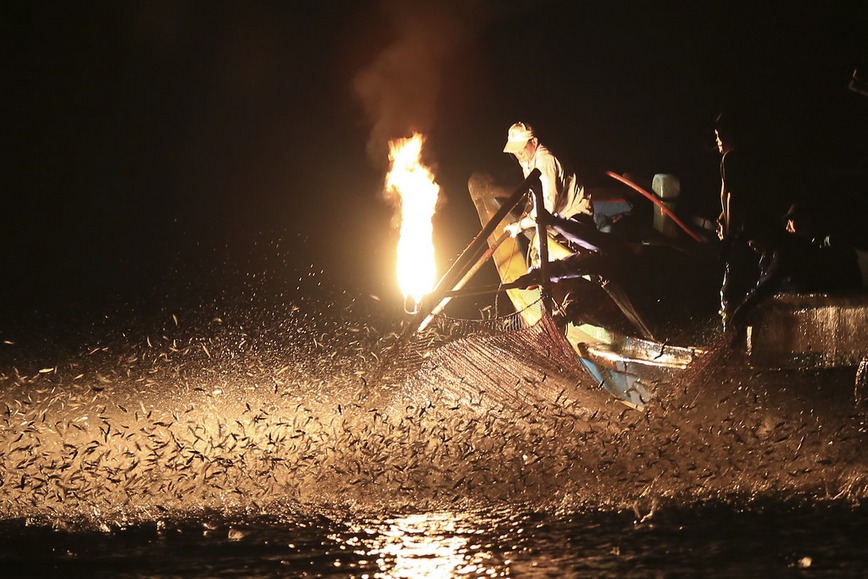 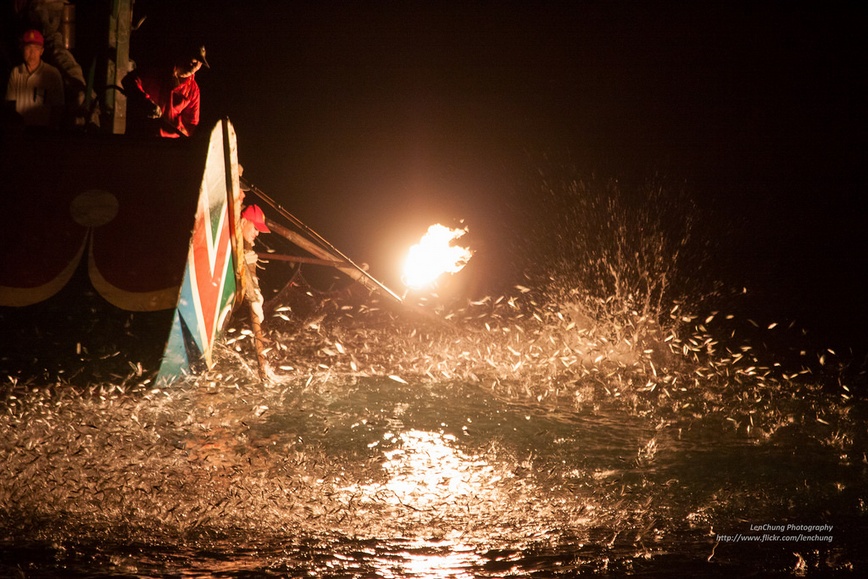 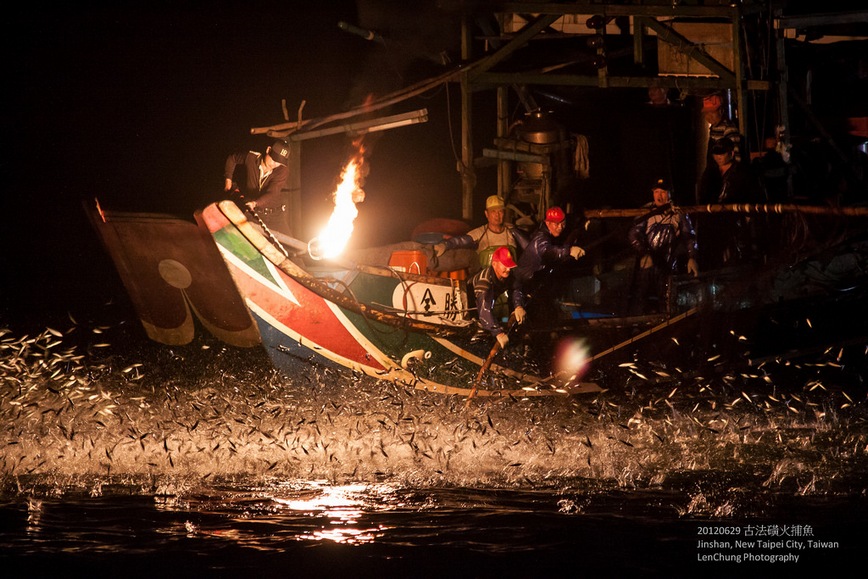 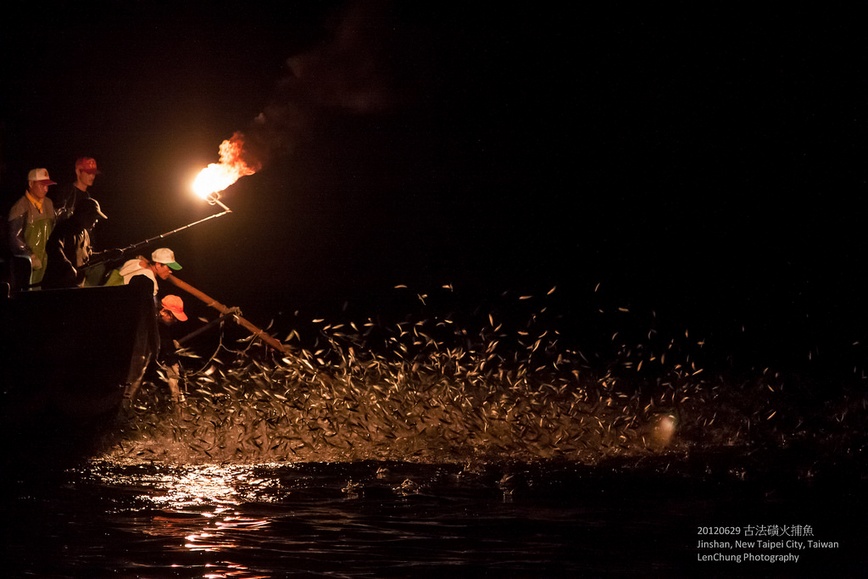 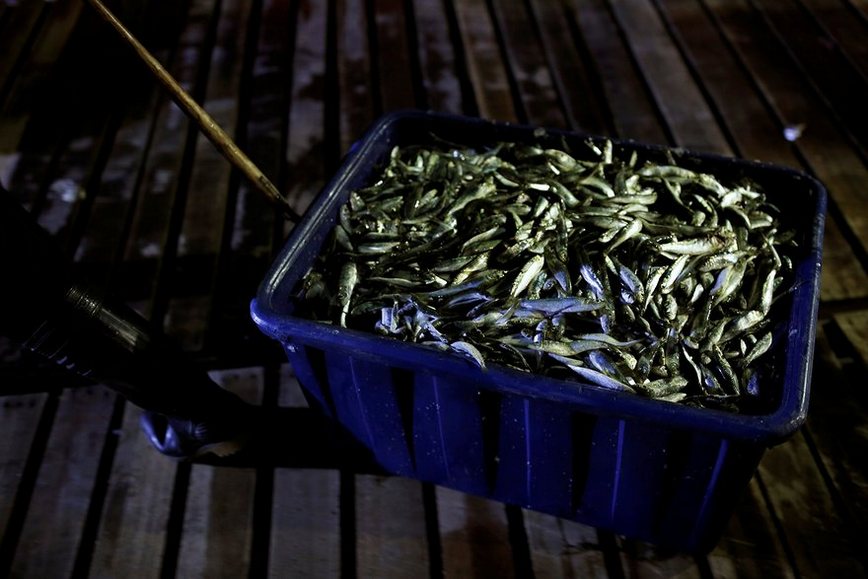 The annual Jinshan sulphuric fire fishing festival was established in 2013 to promote the practice, and photography tours have been organized to generate interest and raise funds.