The El Caminito del Rey, or king’s trail, is considered the most dangerous walking path in the world.

El Caminito del Rey is located along the wall of El Chorro cliffs in Álora village, southern Spain. Construction of the road began in 1901 when the workers at the hydroelectric plant at Chorro Falls and Gaitanejo Falls felt that it was necessary to have a way to transport materials through the waterfalls, and to facilitate the transportation of materials.

Completed in 1905, but it was not until 1921 that the new road was inaugurated after the Spanish king Alfonson XIII used it; and since then, it has been known as “The King’s Trail”. 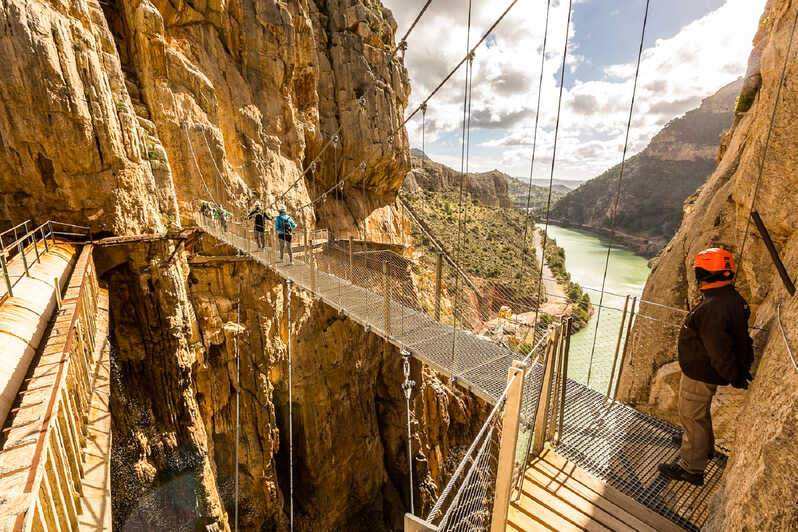 This road is built of concrete. It has a steel bay arm and a pillar under the bridge tilted about 45 degrees into the cliff. With a width of only 1m, 3km long and 100m higher than the river below, El Caminito del Rey is absolutely not the place for those who fear height.

Currently, this road has been severely degraded and many sections of the road have collapsed. The number of bays is very small, but instead, seat belts are installed from the beginning to the end of the road. This makes El Caminito del Rey an adventure tourist destination.

After a repair project costing about 5.5 million euros, the road known as “The King’s Trail” has become an attractive tourist destination.

Until now, in the past two years, the El Caminito del Rey trail has welcomed about 600,000 visitors, according to information from The Local. 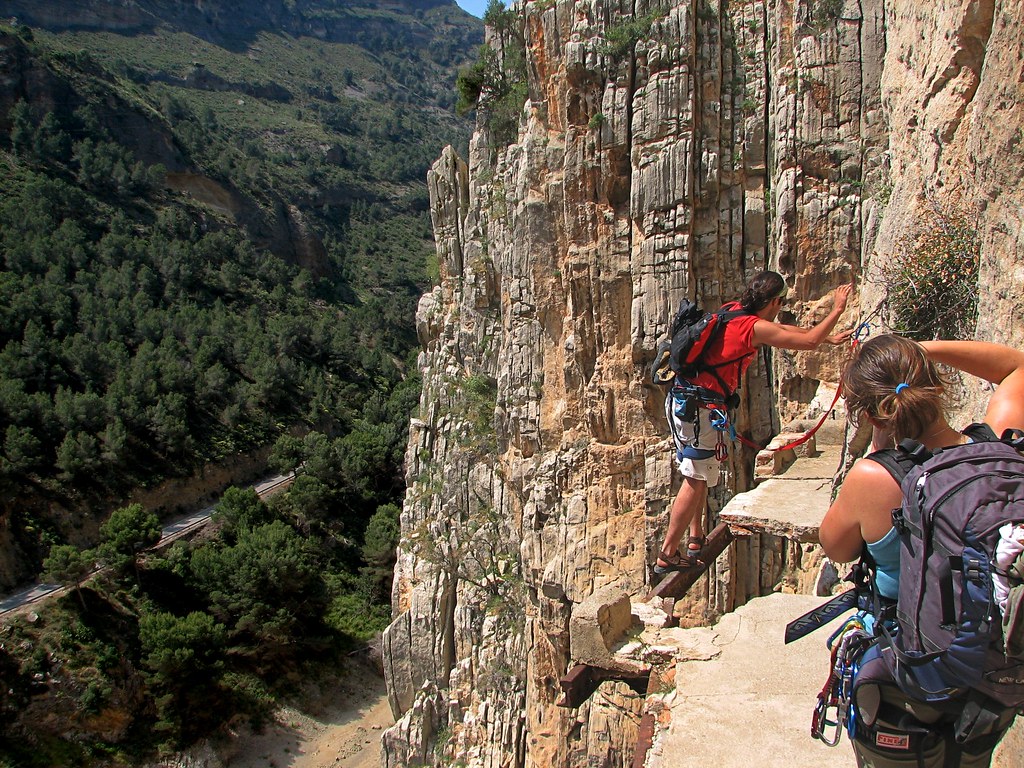 According to calculations, to fully visit El Caminito del Rey road in weather conditions, it will take about 4 to 5 hours.