The great and delicious meal is favorite among everybody; nobody on earth could deny the fact that she or he doesn’t like delicious and great cuisine. The world is packed with lots of food restaurants, you can find delicious fantastic food in top 5 food countries in the world with Focus Asia Travel. You can get meal anyplace because lots of people on earth are associated with the food’s business. To eat the finest and the elegant food is the aspiration of any person. However, we feel trouble to find the one that has the best cuisine.

If you are away from your country, you’ll need a few hints to not get lost in the wide range of tastes and flavors. We’ll provide you with a list of the best destinations for food. Which countries have the best foods in the world? Let’s begin! Don’t get too much excited, though, this list is a collection of scrumptious spots! These countries are considered to have the best foods all over the world.

Italy is the number one country having the best food in the world. It’s difficult to talk about Italian food, it’s easier to enjoy it. The original shades of Italian cuisine – green, red and yellow always produce a wonderful blend of taste and flavor. Generally, all of the dishes derive from tomato, bread and also olive oil. The true secret of the cuisine isn’t in a refined preparation procedure, it’s more upon the quality of the products. Italian food consists of cheese, olive oil, and coffee. Italian taste coffee is recognized as espresso. Pizza is definitely the creation of Italian people. Italian chefs are extremely meticulous in the food preparation. They select the best quality ingredients in the preparation of Italian foods. Olive oil is normally used in the cooking.

French cuisine is quite innovative and contemporary. France is one of the most delicious food countries in the world. It comes with a long historical background and mainly taught in various cooking schools around the globe. Making French food is not the same as some other cuisines. French people are renowned for bringing out French Fries to everyone which are probably the most eaten food on earth. France has numerous dishes on their national cuisine such as terrine and Bisque etc. Cheese is likewise considered to be the invention of French people since they utilize cheese as being their staple food. Wine is likewise served with French foods.

Mexican cuisine is actually a blend of various European countries food particularly Spanish food. Mexican food includes beans, corn as well as chili, and so on. And with this meat is another great element of Mexican food. The meat of chicken, beef, goat, pork, etc. is likewise eaten which is included by the Spanish cuisine on Mexican food. Using of Cheese as well as other dairy foods were also unfamiliar to the Mexicans, however, Spanish people brought in the use of Cheese in this place. African and Asian people also influenced the Mexican Cuisine. Mexican people associate food with the family and social bonding. Based on them, great food on several festivals will improve the love between families.

Every single food lover should be knowledgeable about the Spanish food. Spanish cuisine has tremendous variety simply because of various countries which conquered Spain at totally different periods. Spanish food is mainly utilizing the style of Roman Empire. Roman Empire integrated the various dishes of Mushrooms on Spanish cuisine. World’s nearly 90% olive oil is made in Spain thus, Spanish food is served by utilizing olive oil.

Indian fodder has the best variety based on the cultures and taste of their residents. Their people are greatly aware of producing meal choices. For India, meal mostly relies on religious groups. A few are vegans, and a few are non-vegetarians. And Muslim here only eats Halal meals. It has divided the Indian fodder into 2 main components. The Europeans and Mughals also had a great influence on Indian cuisine recipes. Indian foods also are very spicy. Potato is actually a stapled fodder for the Indians which was brought in by the Portuguese. 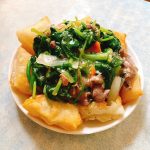 Where to try Pho in Vietnam 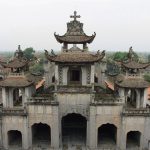 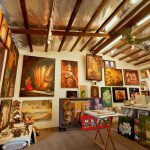