Aside from well-known attractive destinations and spectacular natural beauty, what else should you know about traveling to Taiwan? It has to be rich, diverse, and exceptional cuisine! Among the delicacies on offer, you won’t be able to resist the famous beef noodles, which have captivated many diners. If you want to learn about Taiwanese cuisine, you should not miss the beef noodles and the following 9 beef noodles restaurants. Now, let’s look at the best beef noodle in Taipei (best beef noodle soup Taipei) with our list of the top 9 best beef noodle restaurants in Taipei that you should try!

The Regent hotel has won numerous awards at the Taiwan Beef Noodle Festival, and the Azie Grand Café restaurant inside the hotel serves a variety of beef noodles. New Formosa is the name of the most delectable noodle dish here (418 TWD). At the 2013 Noodle Festival, a new Formosa dish won a Creative award. Taiwanese beef and bitter vegetables make up this dish.

This small eatery, which opened in 1963, is known for having the best beef broth in town. This restaurant never participates in the festival because “they want to give other restaurants the opportunity.” The noodles here are made with Australia beef and a spicy Sichuan broth. Ribbed noodles with chewy noodles, tender beef, lumpy ribs but not hard, and a rich broth are the best noodles.

If you Google “best beef noodles restaurants in Taiwan,” you will undoubtedly come across numerous links, posts, and photos of Lin Dong Fang – one of Taipei’s most famous beef noodles.

Lin Dong Fang serves beef noodles in a traditional manner that has been passed down for three decades. The special broth made from some of the spices used in ancient Chinese medicine is the restaurant’s highlight. The best dish is beef tendon noodles, which costs approximately 176 TWD. The broth is delicious on its own, but if you want to amp up the flavor of the noodle bowl, add a small spoon of beef fat. You can get more broth for free at the restaurant. 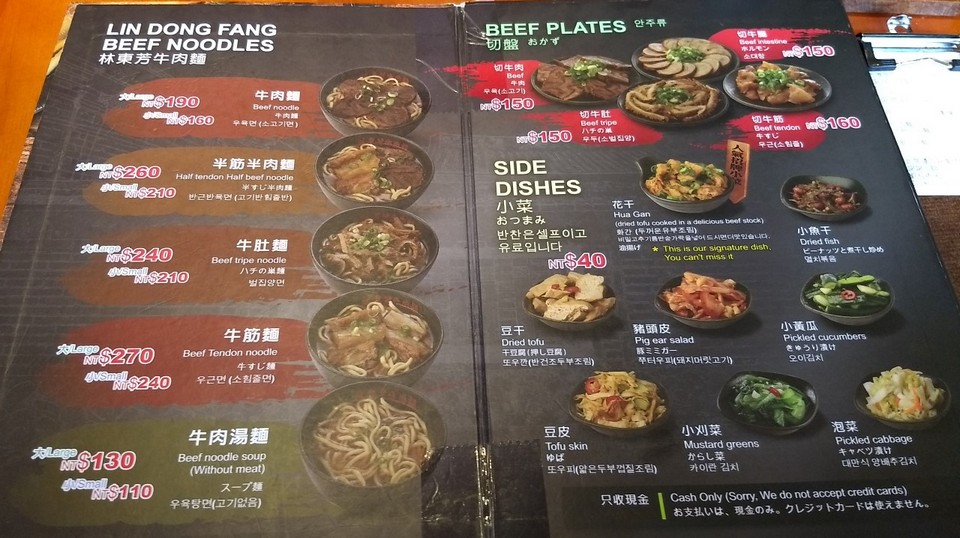 Lin Dong Fang serves beef noodles in two sizes, small and large, depending on your preference. However, even a small size has a large amount of noodles and meat; therefore, if you can eat a lot, order a large size; otherwise, you will be unable to finish such a large bowl at this restaurant.

This restaurant in Dai an Area has a unique furniture style that harmoniously blends modern and traditional elements. The restaurant’s highlight is a diverse menu with various types of noodles and clear broth in all dishes. Aside from noodles, Pin Chuan Lan also serves traditional Taiwanese dishes such as pork pancakes and green pepper, to name a few. Special dish: American beef shoulder noodles, not cheap at around 458 TWD, but you won’t be able to eat anything else after finishing this bowl of noodles.

This restaurant also has a branch in the Songshan Airport, Taipei. Opening hours: 8:00 – 20:00

Since the wedding of star couple Chen “Blackie” Chienchou and Christine Dan at this hotel in 2011, 600 noodle bowls have been served, making W Taipei Beef noodles extremely well-known in Taiwan. Following this event, W Taipei noodles became a very popular room-served dish at W Taipei hotel, and was the highlight of Woo Bar’s menu on the hotel’s 10th floor, where Taiwan showbiz and stars congregated. Niou Rou Mian is the best dish (563 TWD). Thick but tender slices of beef, vegetables, and chewy noodles are submerged in a bright spicy red broth in this bowl of noodles.

The typical dish served in Mien Chu Tao’s two restaurants is beef noodles with spicy and clear broth and added tomato slides. Mien Mien noodles with Sichuan style have a broth made from spicy beef bone, which is unlike the broth at other beef noodles restaurants in Taipei. The broth of this dish is rich in stewed bones, hot spicy, and spicy Sichuan pepper, exactly as we call it. Sichuan noodles with beef and clams are the best dish (138 TWD). You can increase the size of the bowl by paying an additional 20 TWD.

This restaurant, located on one of Taipei’s busiest food streets, has frequently appeared on the Beef Noodles Festival of Taipei. Yi Pin is well-known for its beef and soybean broth, which is a cross between Japanese and traditional Chinese noodles. Before cooking, the noodles are cut from a large dough. The best dish: Tomato beef noodles (150 TWD), which combines half stewed tomato, diced tender beef, ramen-style broth, and Taipei’s best chewy noodles.

After exploring thousands of years of Chinese art culture at the New Palace Museum, we recommend stopping by Silks Palace restaurant, which is right next to the museum and trying the noodles. Silks Palace is a restaurant that received a creative award at the 2012 Beef Noodles Festival.

The best dish at this restaurant is “Two flavor Noodles” (467 TWD/ bowl). It combines two different kinds of broth in it which are spicy broth and clear broth. The noodles is served in a Yin-yang bowl.

The flavor of these beef noodles is unmistakably different from that of Yongkang Beef Noodles; the broth is not as rich, but there are many unique side dishes to enhance the flavor. There is a half-hearted peach egg in the noodle bowl, served with vegetables, to help balance those who are familiar with vegetables at the main meal. When you first arrive at the table, you will be served vinegar wine, which tastes slightly sour and smells like fermented apple juice. Drinking vinegar wine raises the acidity in the intestines, causing scraping. This improves the flavor of the beef noodles.

As previously stated, in addition to beef noodles, you can also enjoy pork rice, which is quite tasty with the special part. Remember to order the Klook specials. 2 people for 1 serve is sufficient; do not purchase two portions; you will not be able to finish them all. 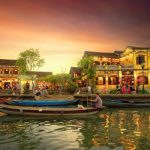 Must – visit destinations in Vietnam you can not miss 2019 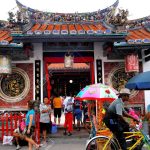