10 weird laws in Singapore that could get you in trouble

Singapore is known for its low crime rate and impeccable cleanliness. It is also sometimes called the fine city, which has a double meaning. The label refers to the fine state that Singapore is in, but it also refers to the many fines that the country hands out. Let’s take a look at 10 weirdest laws in Singapore.

If you’re thinking of heading to Singapore, you should be aware that the country has important regulations, some of which may seem harsh. For example, the rattan cane is legally used as punishment, not only for criminals, but also as a disciplinary measure in schools, the military and in the domestic scene.  Laws in Singapore are strictly enforced, and failing to abide by these customs could get you in serious trouble.

Now, don’t let this discourage you from visiting Singapore. This country is incredibly safe to travel in and it offers an abundance of activities, free sights and a mix of cultures. If you’re a respectful traveler you’re not going to get in trouble.

Here is a brief guide to some of the weird laws in Singapore.

According to Singapore Statutes Online, singing, reciting or uttering any ballad or obscene song in public is illegal. If you’re caught breaking this Singapore law, you’ll be punished with 3 months’ imprisonment, a fine or both. 2. Connecting to another person’s WIFI

According to Singapore’s Computer Misuse and Cyper security Act, using another person’s WiFi is defined as hacking. The penalty for this is a hefty $10,000 fine, 3 years in jail, or both.

Feeding pigeons might not sound like a criminal offense, but in Singapore it is. If you’re caught tossing your leftovers to the birds, it will cost you $500. Same sex relations are forbidden in Singapore although this law is not nearly as strictly enforced as some of the other laws. It used to be under the umbrella of sex against the order of nature.

5. Flush! Or face the consequences!

Failure to flush a public toilet after use may result in rather hefty fines according to laws in Singapore.

And don’t even think of urinating in elevators. They are equipped with Urine Detection Devices (UDD) that detect the scent of urine, sets off an alarm and closes the doors until the police arrive. In Singapore, there’s a law against smoking in public places and in vehicles. This law was put in place to ensure a clean and healthy environment for the public and protect people from secondhand smoke. Although it’s not illegal to buy cigarettes or smoke in your own home, it is illegal to smoke in public and it’s considered an offense to enter the country with cigarettes. 7. Walking around your house naked

While smoking at home is fine, walking around naked is not. If you break this law in Singapore, you may face pornography charges which can lead to imprisonment or big fines. So close the curtains next time you’re getting ready for shower.

If you are convicted of littering three times, you will have to clean the streets once a week with a bib on saying, “I am a litterer.” It is admittedly aimed at publicly shaming the offenders to ensure that they won’t litter again. Chewing gum is okay, but selling it is forbidden. According to Singapore Statutes Online, the punishment for smuggling gum into the country is up to 2 years in jail or a $100,000 fine. Singapore is not a place for spitters. Reasonably, it’s illegal to spit in coffee shops and markets, but it’s also illegal on public roads, sideways and any other place that’s open to the public. If you break this law in Singapore, you’ll be slapped with a fine of up to $1,000. 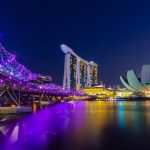 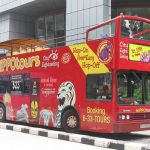 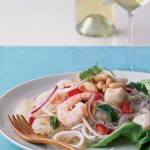 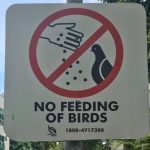 10 weird laws in Singapore that could get you in trouble What To Do in Singapore: A Comprehensive 3-Day Singapore Itinerary