Home » Travel Blog » Why does airline food taste weird on an airplane?

Why does airline food taste weird on an airplane?

You’re not crazy: tomato juice tastes different when you’re flying at 40,000 feet. And it’s not just tomato juice—food, in general, will taste different on a flight, and there’s research to back it up. Let’s get one thing straight before we go into the details. Those mass-produced in-flight meal recipes are partially to blame—all that freeze-drying and vacuum sealing have to interfere with flavor a little. However, airline chefs have made great strides in how they deal with difficult airplane cabin climates in order to keep passengers satisfied with their food selections.

An airplane cabin is actually drier than certain deserts—humidity can be as low as 12% in rare circumstances. In this type of atmosphere, your taste and scent begin to drift. The scent begins to deteriorate the moment you walk inside an aircraft, but it plummets as your plane begins to climb. Sweet and salty meals are the worst affected. According to a Fraunhofer Institute for Building Physics research, the environment in an airplane cabin lowers your capacity to sense these flavors by around 30%—imagine your taste receptors getting numb. The good news is that all of those other delectable flavors (spicy, bitter, and sour) will still be available in flight. So, what should you do if you want to make up for lost taste? Of course, additional salt is added—and that is exactly what airlines do. 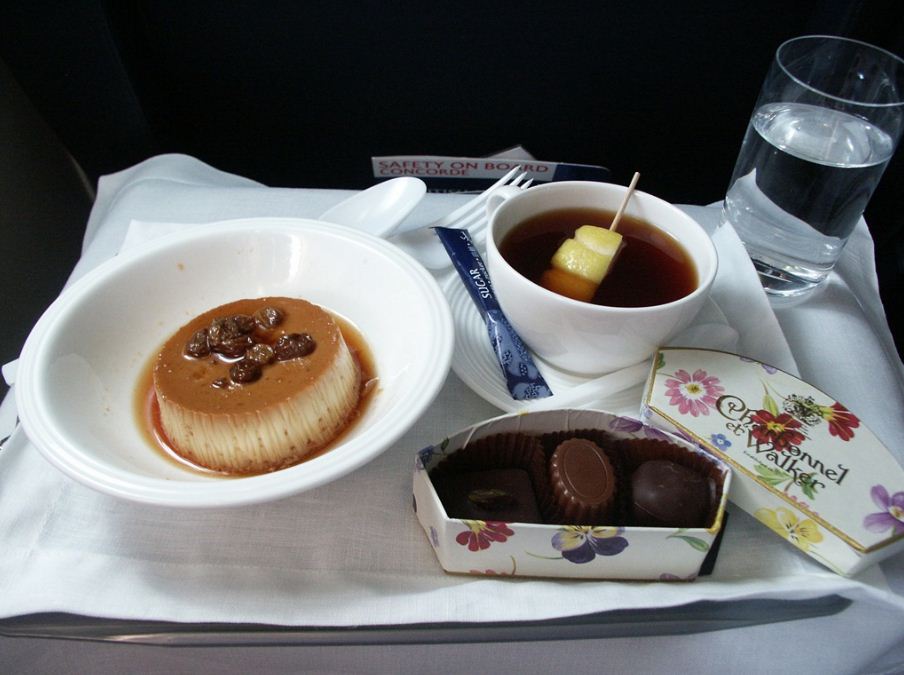 Your body tastes wine—and other alcoholic beverages—differently when it dries out. As the environment changes, liquids expand and shrink. Wines aboard a flight can thin out and taste more acidic than they would at your favorite restaurants (even if they are the same wine!). One workaround: if you’re going to have a glass of wine on your flight, drink it early in the flight while you’re less dehydrated.

Low pressure and humidity may not be the only culprits: according to the BBC, those who ate while experiencing an increase in noise claimed that their meal was less salty and sweet than when they ate in a more peaceful situation. Having said that, umami—the mystical fifth flavor that gives extra depth to “savory”—is thought to be enhanced in loud environments. In fact, many airline cooks take advantage of this by incorporating umami ingredients (think seaweed added to crusts) into dishes that would otherwise be bland and unpleasant. Another thing to bear in mind while ordering: certain tastes, such as cardamom, curry, and lemon grass, taste stronger at higher altitudes. Put this in the category of “Now You Know.”

11 spectacular pictures that show an enchanted spirit of Burma