Shirakawa-go is a small yet lovely town surrounded by snow-capped mountains in Gifu Prefecture’s northwestern region (roughly 200km southwest of Nagano). The environment, which is located inside the larger hamlet of Shirakawa, comprises mostly of typical natural components such as rice fields, small farms, wild plants and flowers. Shirakawa-go, which is said to be ‘frozen in time,’ was designated a UNESCO World Heritage Site in 1995 as a consequence of the inhabitants’ commitment to conserving many distinctive features of the village’s history, despite the severe environment and accompanying agricultural problems. Let us now explore Shirakawago snow.

The ancient thatched-roof buildings, as well as the surrounding canals and roadways, have mostly remained unchanged, which is why UNESCO designated it as World Heritage. According to the organization’s website, the site offers “excellent examples of traditional human settlements that are well fitted to their environment and social and economic [situation].” Despite the town’s appearance as modest and lovely, the major reason people come to the charming village is to learn about the intriguing activities that took place within the traditional four-story houses.

The Gassh-zukuri is claimed to be the only one of their sort in Japan. With strikingly steep thatched roofs resembling hands in prayer (angled up to 60 degrees), the unusual design can withstand continual snowfall since it does not allow enough snow to accumulate and become unduly cumbersome. While the roofs are designed to be extremely strong, they are claimed to need to be replaced every 30 years. If you are fortunate enough to see the rooftops from one of the viewing points, you will undoubtedly appreciate the labor that has gone into their creation.

Visit the village of Ogimachi for the finest views and the opportunity to walk inside a few of the houses. Many of the residences are set up for guests and are located in clusters that are all within walking distance of one another. Although getting to Shirakawa-go (about five hours from Tokyo) is a bit of a challenge, once there, you’ll have no problem finding your way about, since there’s lots of signage and many of the attraction operators can speak some English. Some internet reviews note that the region can get congested with tourists during the winter, therefore staying overnight is advisable if you want to escape the afternoon rush of people doing a day excursion.

It is suggested that you visit Ogimachi Castle upon arrival for the greatest perspective of the main village. In the winter, you may snap images that look like they’re from a Disney movie, with beautiful naked trees and white powdered roof tops. It is estimated that around 300 Gassh-zukuri existed over two and a half centuries ago. Today, though, you will only be able to count 114. The oldest still-in-use residential property is estimated to be around 300 years old.

Aside from the great visual aesthetics of the Gassh-zukuri, the way farmers used the roof space is intriguing to read about. They took use of the warm climate to develop valuable by-products of silkworms, knowing that the heat created on the lower levels would rise up to the attic. Silkworms would dine amid the leaves of the abundant mulberry trees in the region. Farmers recognized that as long as they gave warmth and food to the silkworms, they would create silky cocoons. The equipment utilized may be seen on exhibit in some of the bigger houses’ attics.

A handful of homes are available to the public, serving as an open-air museum named Gassho-zukuri Minkaen. Many of the farmhouses you can see were built elsewhere but were moved to the common site to ensure their preservation. Houses Wada (the biggest farmhouse) and Nagase include authentic tools and materials used in the everyday lives of people who live in similar houses throughout the region. 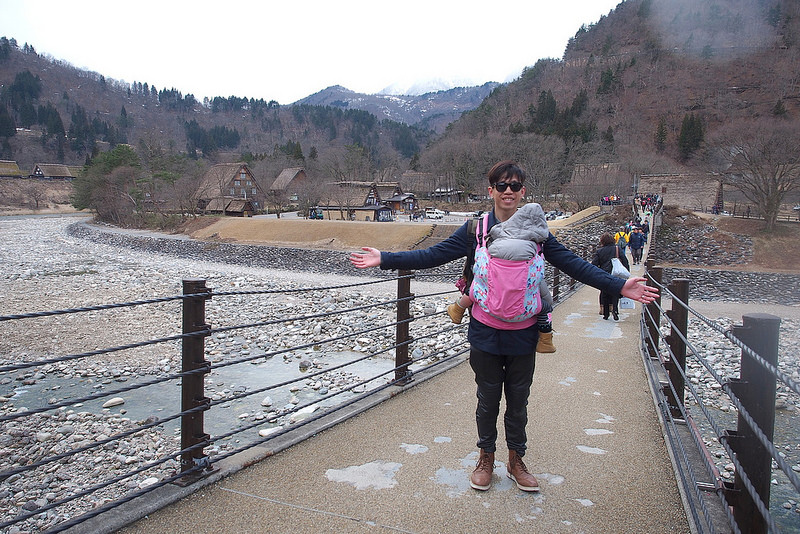 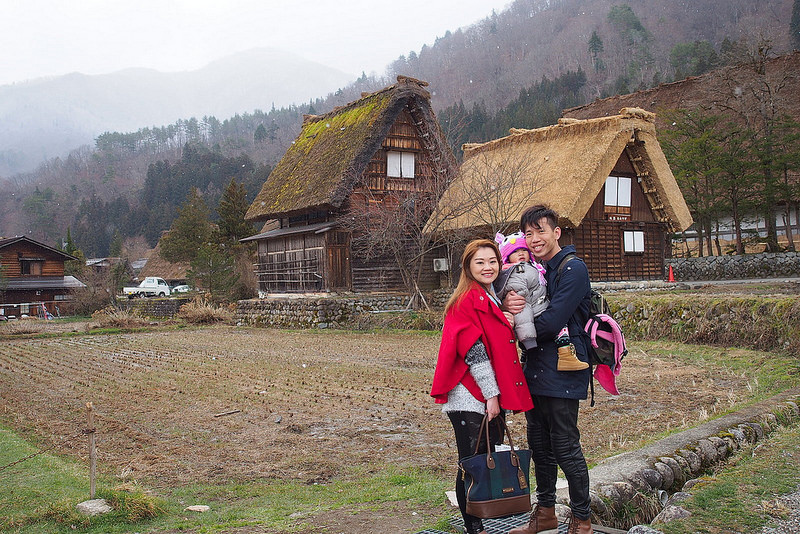 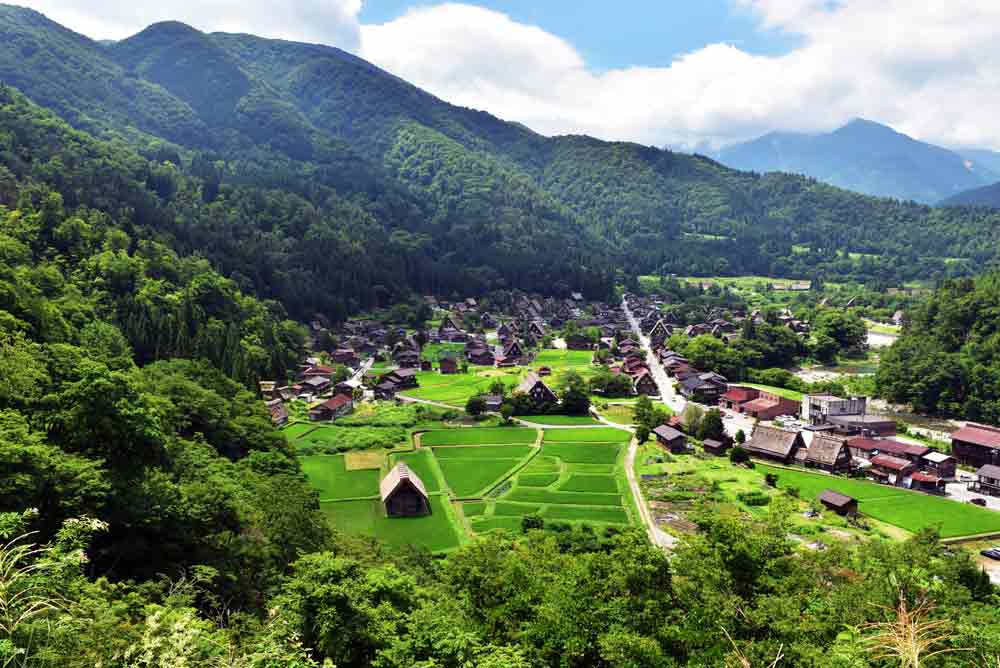 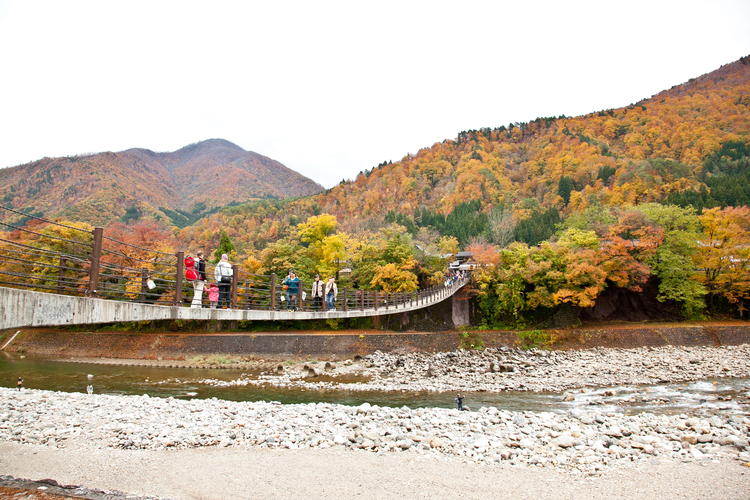 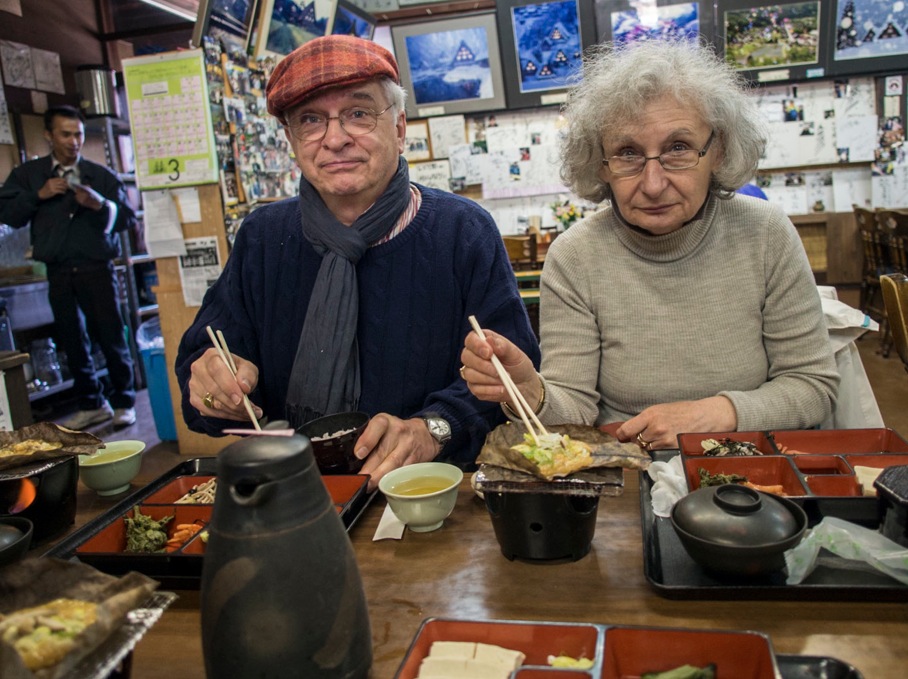 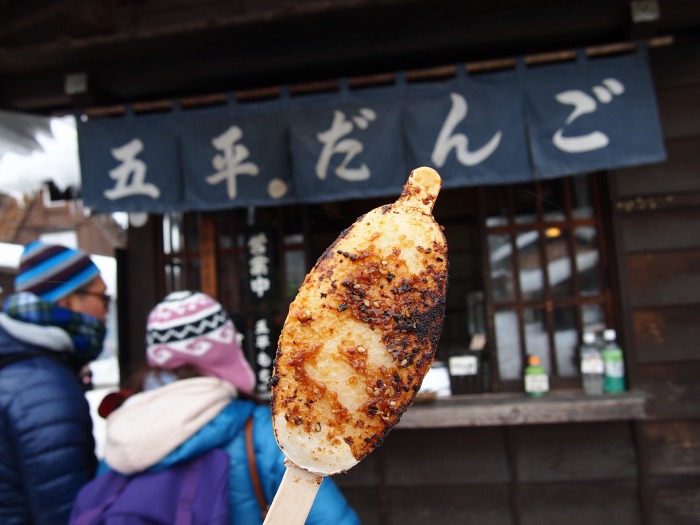 While none of the information signs are in English, it is unusual to come across such a large collection that embodies a subtle yet endearing aspect of Japanese history. If you come during the warmer months, you might want to do the trail walk up to Shiroyama Viewpoint, since the sights you’ll see along the way will keep you going. If you don’t want to charge uphill for 20 minutes, or if it’s snowing, you may use the shuttle bus, which departs from outside the tourist information center. 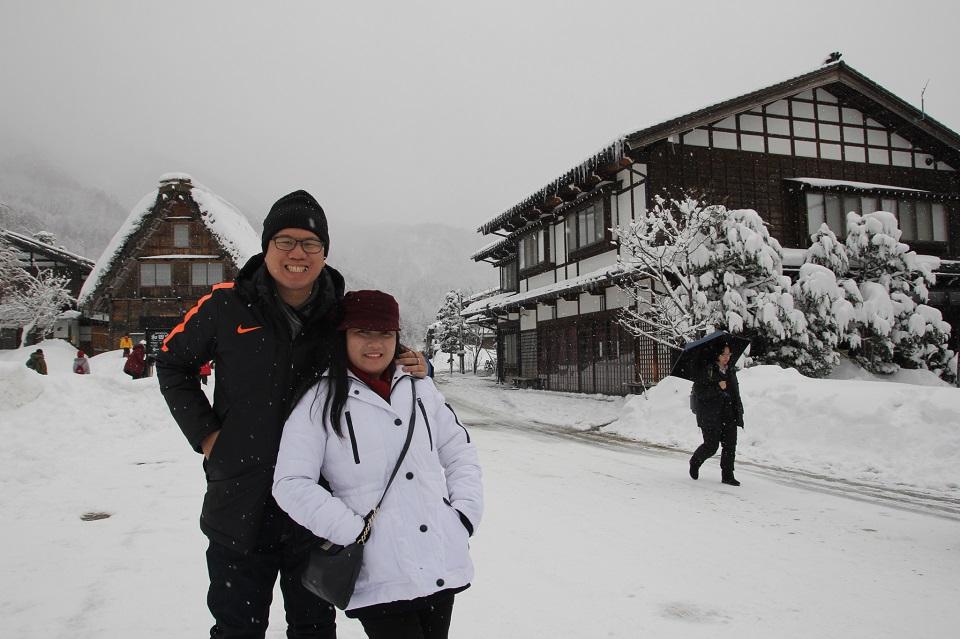 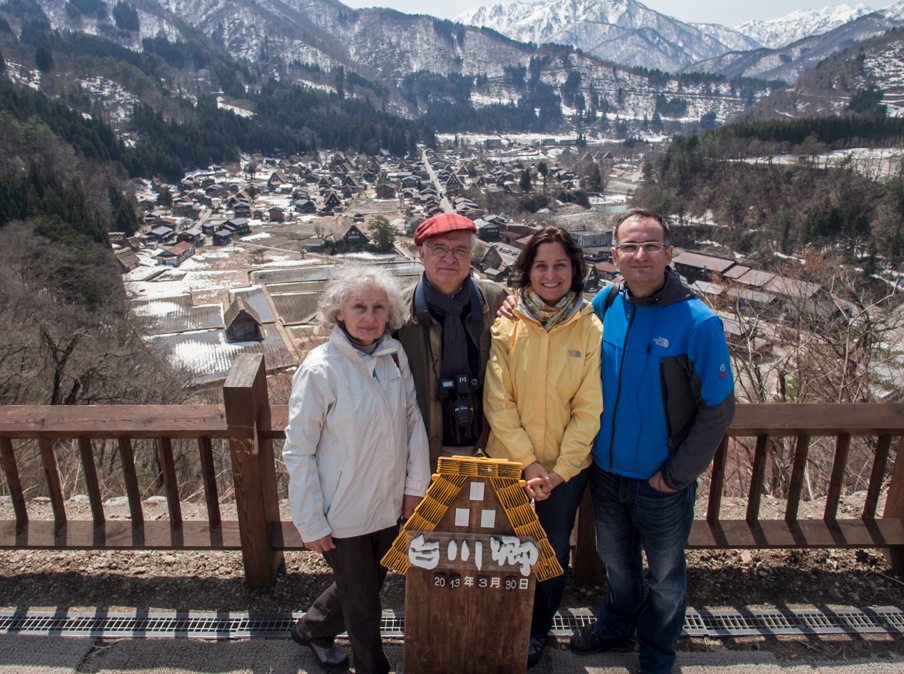 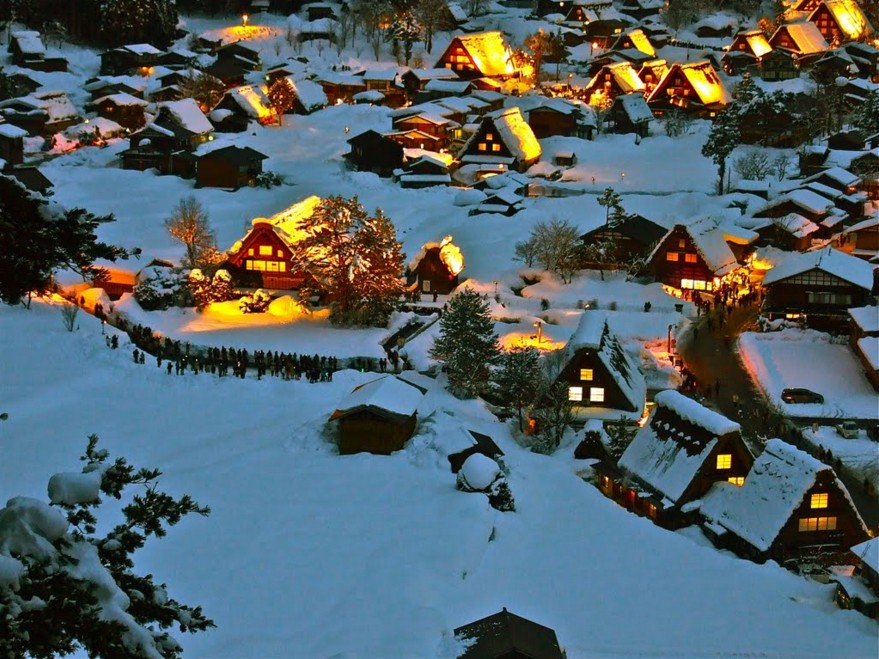 If you like shooting photographs and want to observe the world from a fresh perspective, go to Kanda-ke House and go upstairs to find the best looking window. You’ll be able to get a feel of what it’s like to wake up to such a beautiful scene here. Nagase is another interesting home to see. Aside from a collection of farming implements and silkworm breeding equipment, the home formerly housed physicians, thus there are ancient medical gear on exhibit. When arranging a day excursion, keep in mind that each home has different closing times. It is strongly advised that you check official websites before boarding the train and headed for the highlands.

If you intend on staying overnight, you will see that some of the farmhouses have been converted into restaurants and minshukus (Japanese style bed and breakfast). During your stay, you may explore how you’d do if you tried your hand at traditional crafts like cloth dyeing and weaving for a career. If you’d rather just rest and warm-up, you may go to the Shirakawa-go no yu’s public bathing house. The soba noodle-making lesson is somewhere in the middle; make, eat, and warm up while attempting to learn from the pros.

How to go to Shirakawago from Tokyo

Some best day tours, trips, activities and transfer services, tickets in and to Shirakawa-go you can refer to 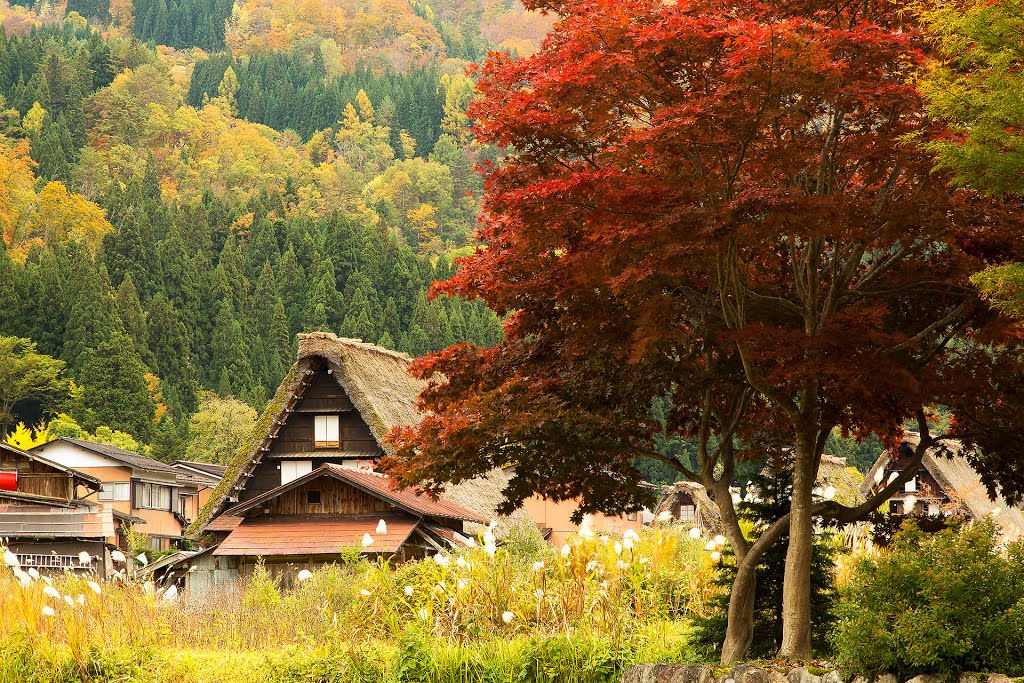