The art of fishing on stilts in Sri Lanka

Images of small men with sturdy faces and firm skin sitting firmly on stilts in front of an immense sea have become objects of photographers in beautiful Sri Lanka.

In the sparkling sunset on the horizon, simple stilts in the sea create a unique image. On the serene surface, stilts are set solidly on the path near the sea to provide ideal fishing places. At 4 p.m, fishermen from Galle fishing village gather in this sea to prepare to fish. 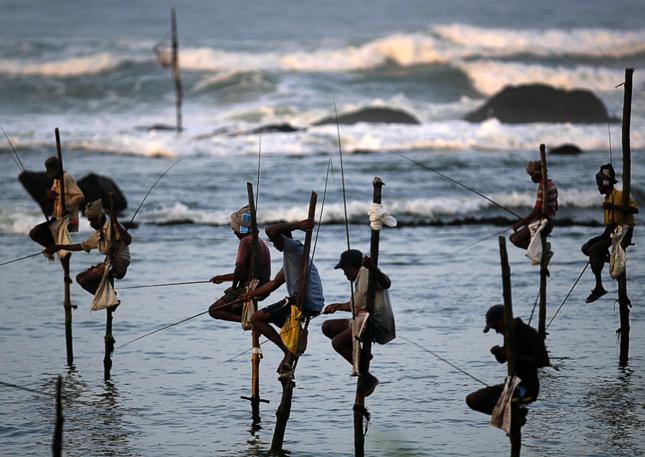 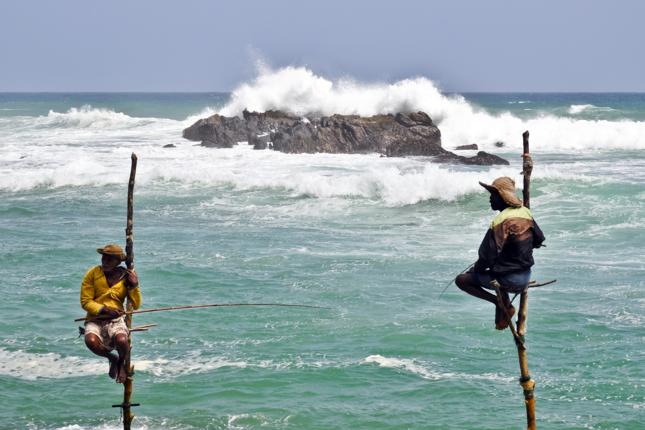 Kathaluwa anglers begin to use their strong hands, rowing against strong winds to their fishing positions. The stilt is about 2 meters long. Anglers sit on the petta, a cross piece that sticks out from a vertical stilt plugged into the coral reef. They use one hand to hold the stilt and the other to reel in the fishing line, hoping to catch herring or small tuna. Caught fish will be stored in a plastic bag that is tied around their waist or stilt. 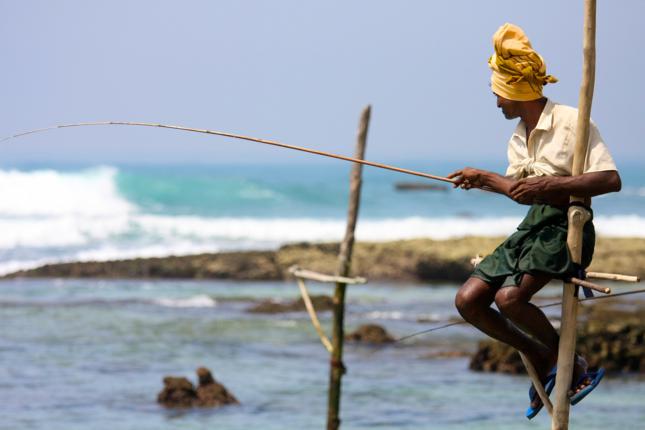 Fishing on stilts is a long-standing tradition for approximately 500 fishing families in Western Sri Lanka’s Galle district, particularly in the areas around Kathaluwa and Ahangama. No one knows where this activity originated. According to some old fishermen, this method of fishing was developed after World War II. They used to fish from cliffs overlooking the ocean at the time. They plugged the coral reefs with iron bars left over from World War II. When iron bars became scarce, they switched to wooden bars and pillars, which they found to be very suitable for replacing rusted iron posts. 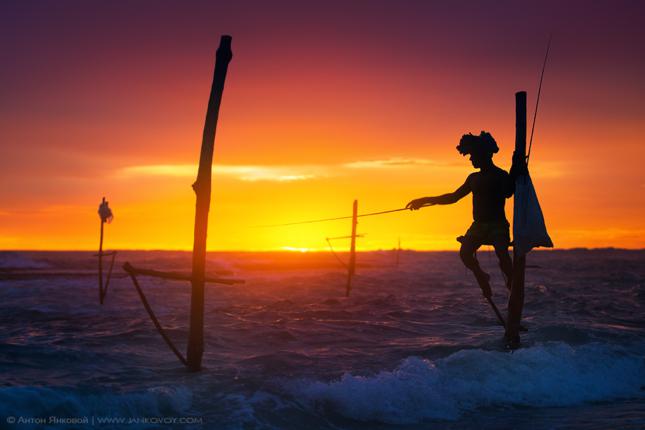 Others claimed that this unique method of fishing arose as a result of ancient fishermen’s inability to afford fishing boats. They came up with the idea of fishing on stilts and passed it down from generation to generation.
Another explanation is a concern for the environment, as locals here fish on stilts rather than using fishing nets. They believe that using nets will disturb the fish and cause them to leave the sea for many years. Stilts are uncomplicated and do not frighten the fish, so they will remain in this area. As a result, locals patiently wait on stilts until fish are caught on their fishinghooks. 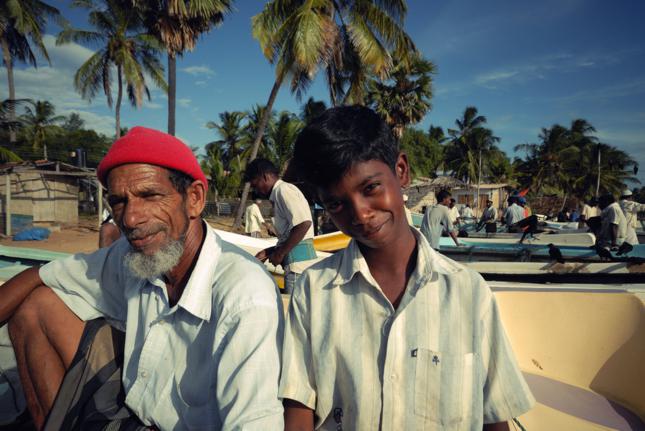 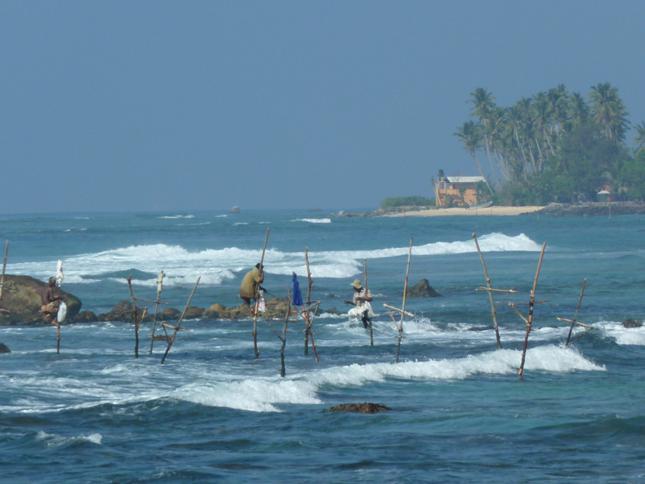 Local people here spend two days fishing and hours on the sea. With a fishing rod, a bag, and some cigarettes, fishermen wearing scarves on their heads and an unfastened shirt wait for fish. Fish caught in the afternoon are smaller and will be used as baits for the following morning for bigger ones. Not everyone is patient to sit on stilts on the sea. After hours under the shining sunshine, booties can be sold or served in the meals of their families. The tradition of fishing is passed from father to son with particular skills in each family. Fishing on stilts is a traditional lifestyle for local people in Sri Lanka and each stilt is considered as a family’s property that is handed down from generation to generation. 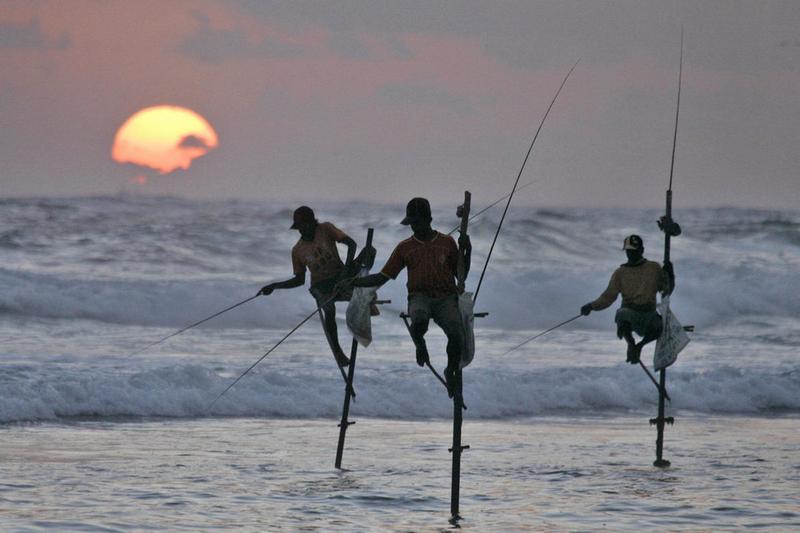 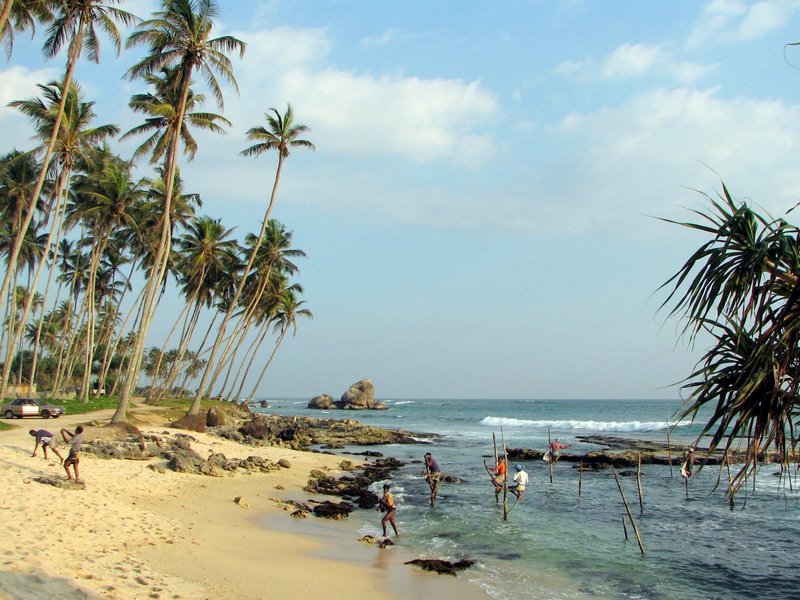 Until now, fishing on stilts has become a beautiful image of Sri Lanka’s seaside areas. Their faces are brightly reflected in surfing waves and high coconut trees as a striking picture of nature, sitting on stilts amidst the sky and water in the red sunset.

Following the 2004 tsunami, a portion of the sea in Sri Lanka was severely damaged and took a long time to recover. Travel to the Southwest of this country if you want to photograph locals fishing on stilts. Locals may ask you to pay them to take photos in some places.

Take note: When they are fishing in the sea, respect them and do not disturb them. 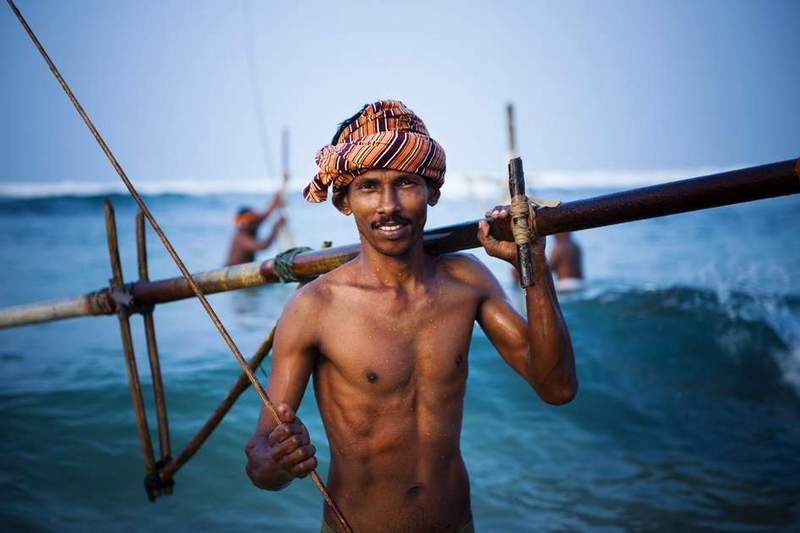 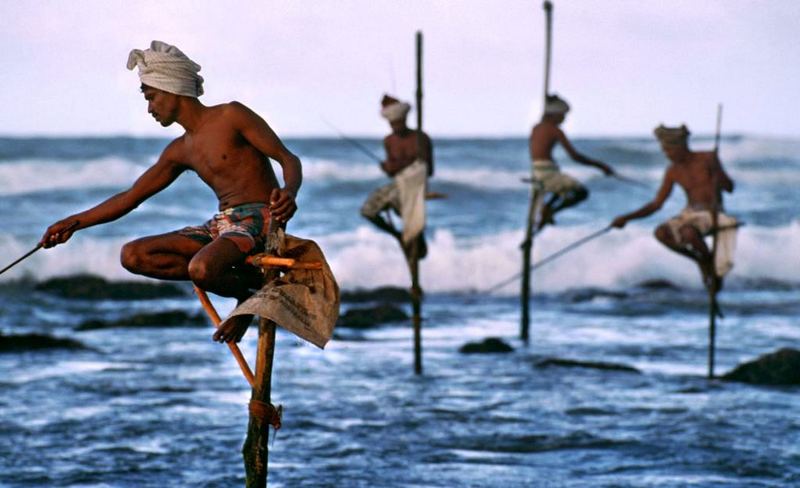 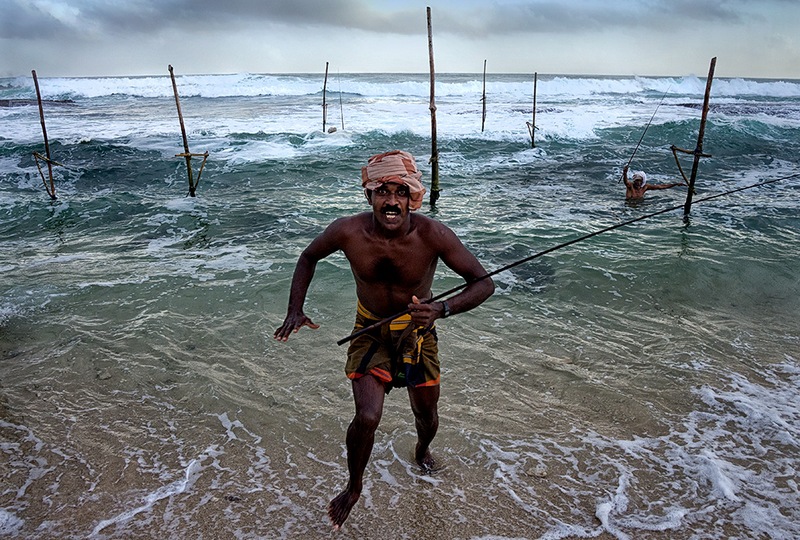 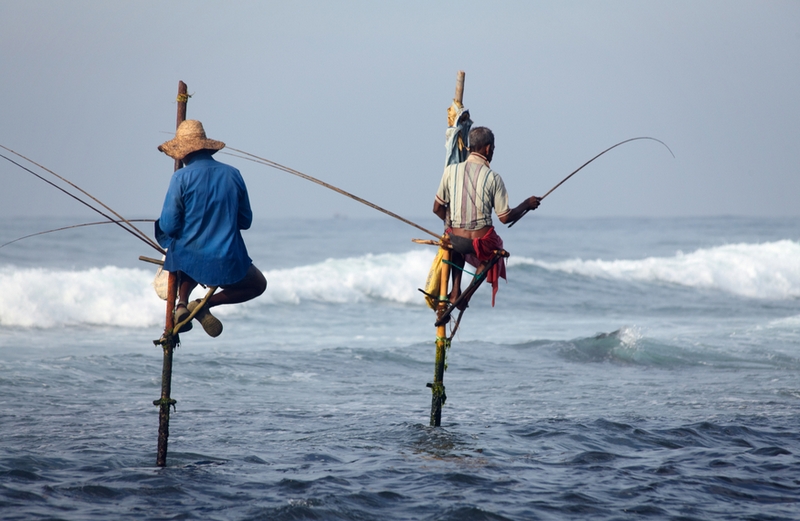 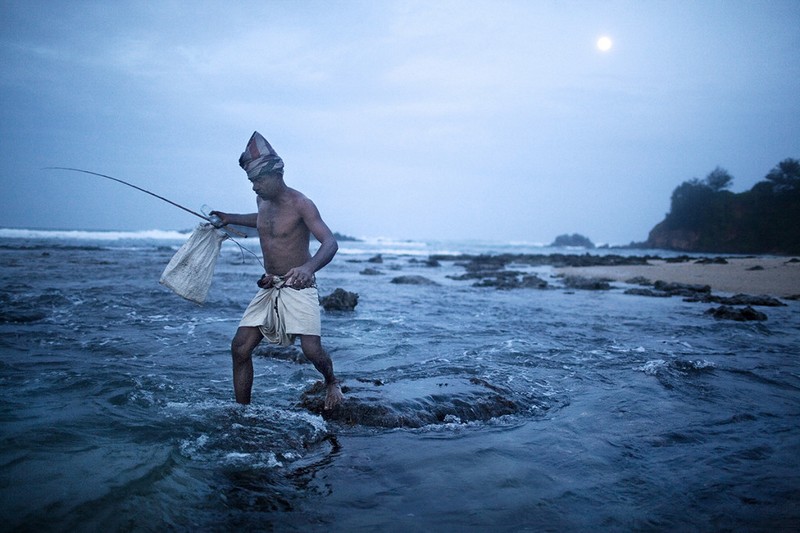 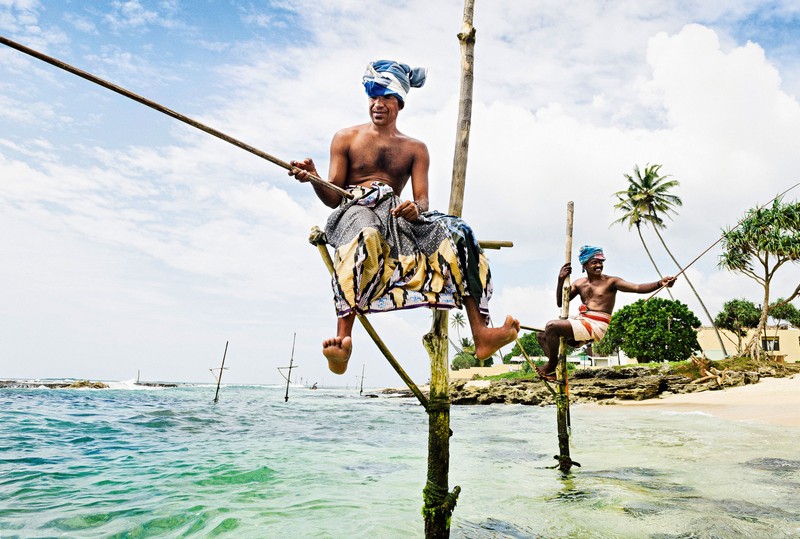 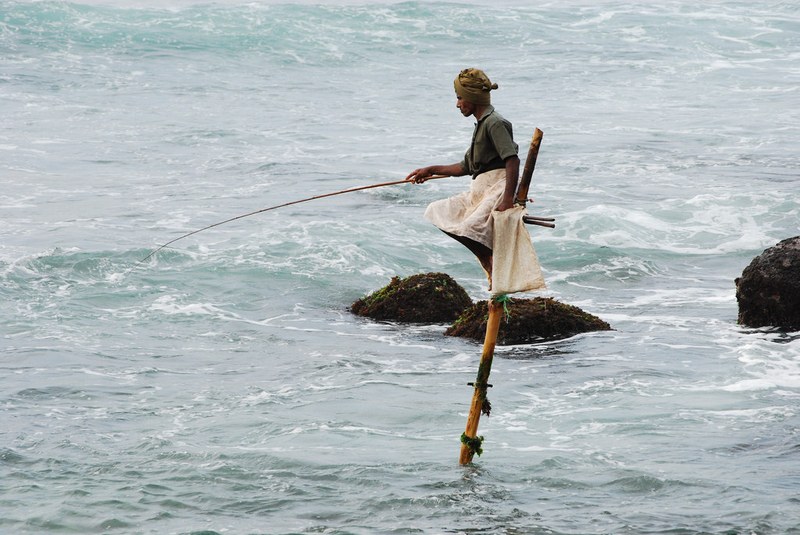 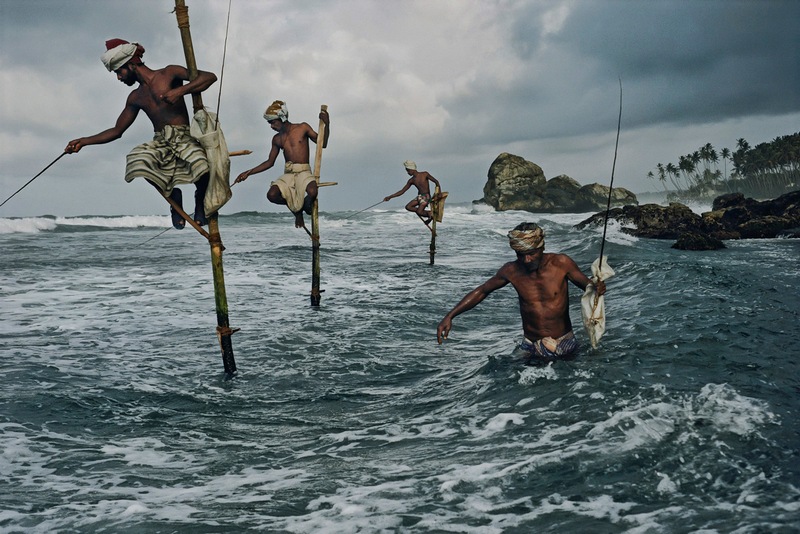 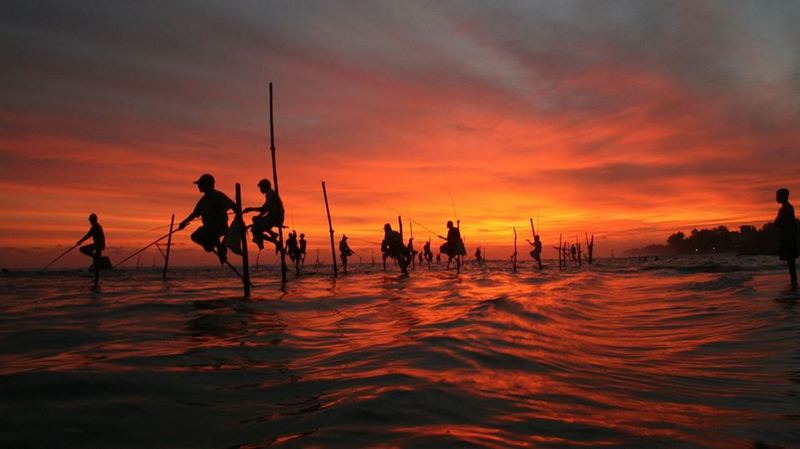 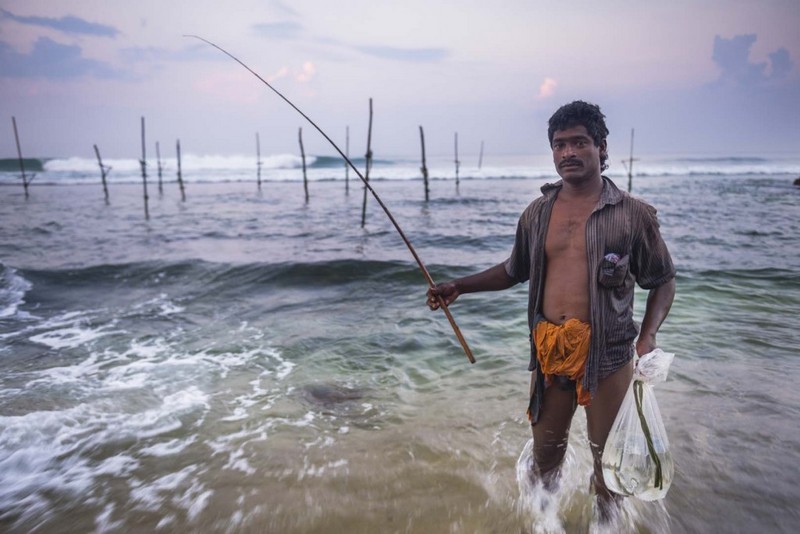 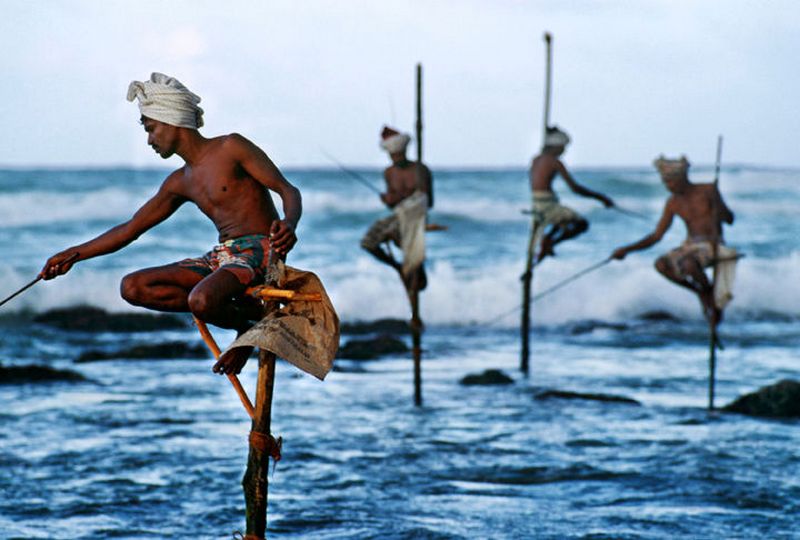 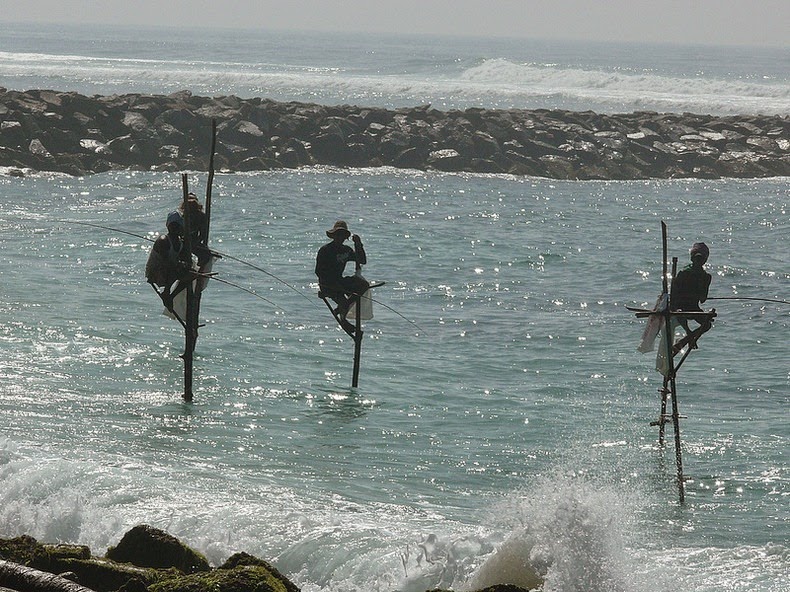 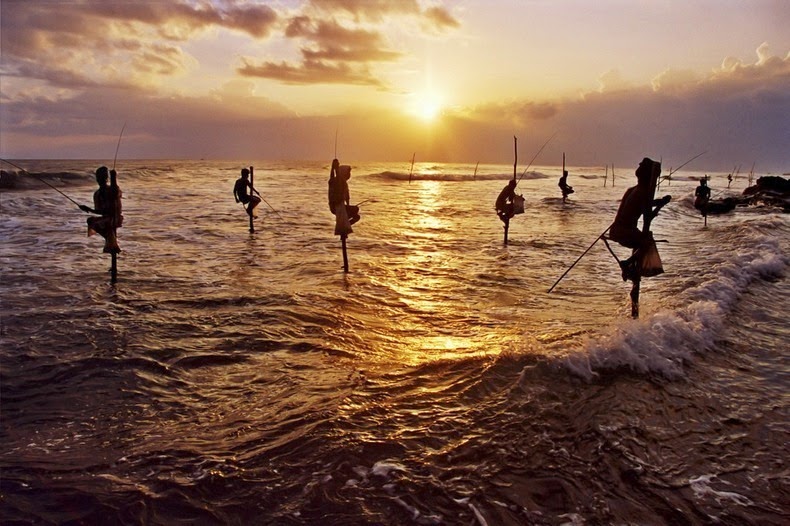 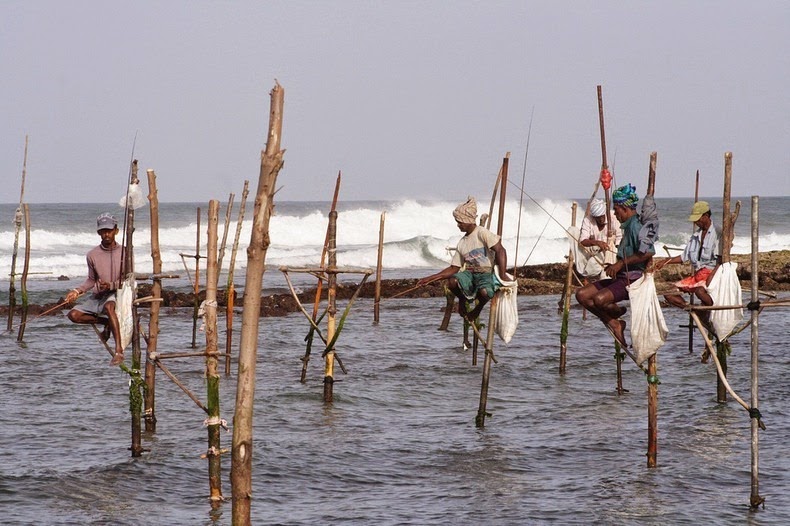 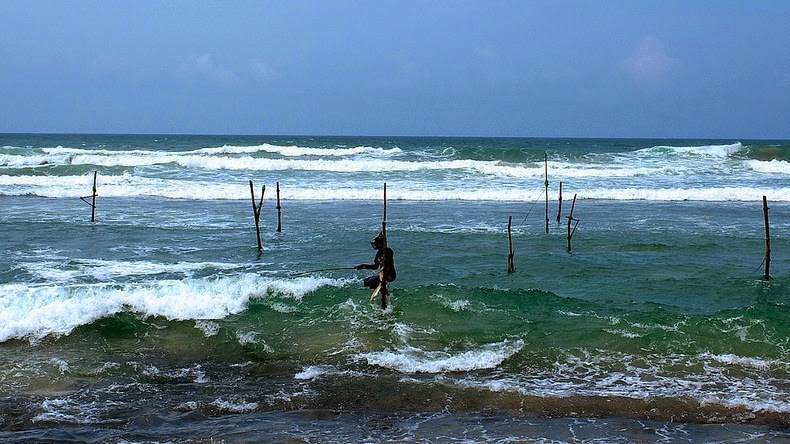 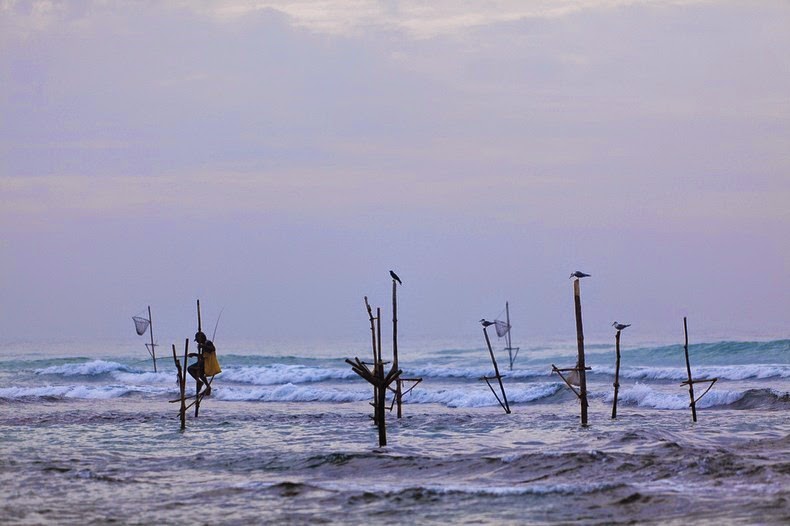 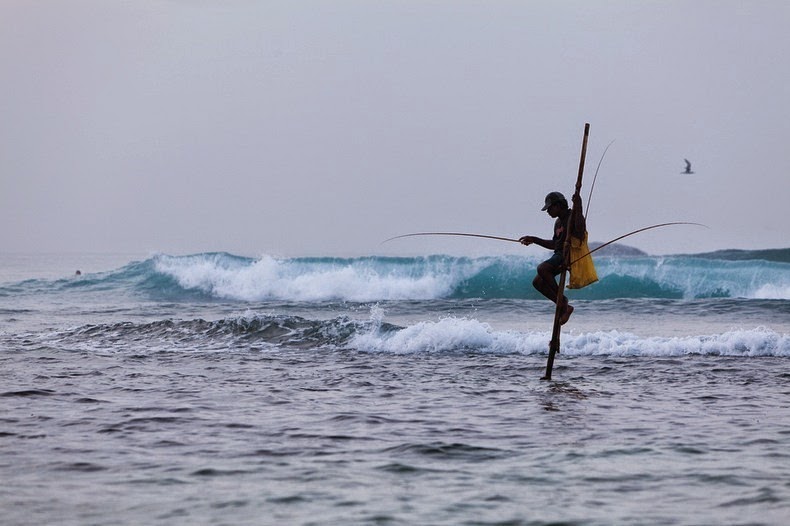 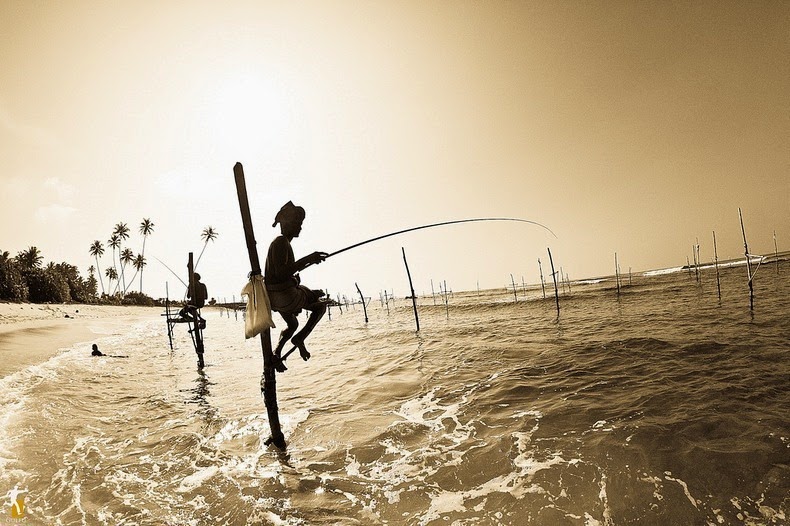 My trip to Singapore — How to spend 4 days in Singapore?

Pangkor trip — The surprise of Malaysia