Cloud Hunting on the top of Ta Xua

Certainly, with many young people who are passionate about moving, the phrase “hunting clouds of Ta Xua” is becoming more and more popular. With the majestic mountain landscape as a wonderland in the human world, it must be said that Mother Nature is very fond of giving the Northwest a surprisingly beautiful land. 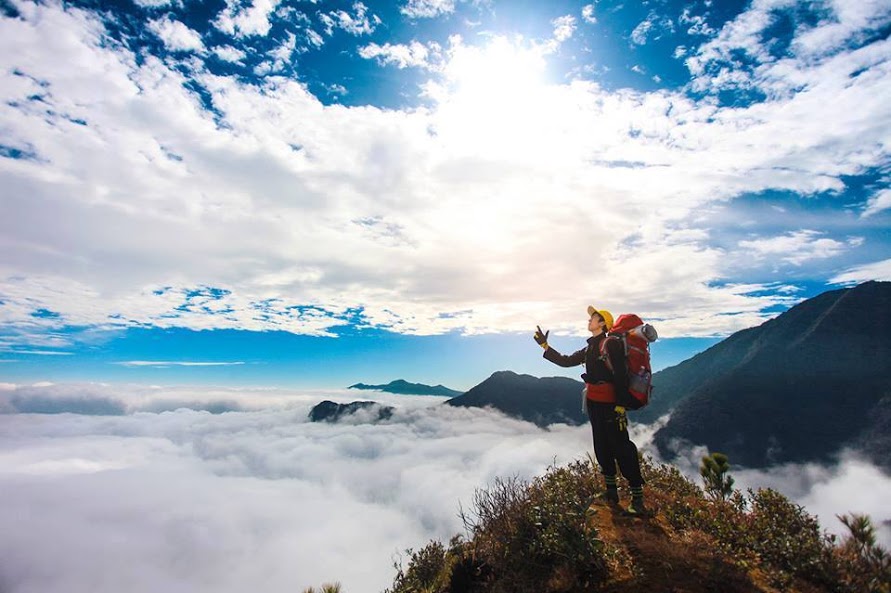 Ta Xua commune is located in Bac Yen district of Son La province. Ta Xua is a mountainous commune in the northwestern mountainous region of this dangerous terrain. However, recently, Ta Xua commune has become a tourist destination that is loved by many young people. The feeling of driving on rocky slopes brings pride to visitors when conquering them.

When coming here, white clouds everywhere creating a romantic scene and absurdity makes people bewildered at the height of 2875m.

Previously, when referring to Ta Xua, people immediately thought of a poor commune in the tourist province of Son La. People know this land thanks to the pangasius fruit and the ancient snow shan tea. However, at the present time, Ta Xua is a very famous tourist destination. More and more roads running up the mountain are being discovered. Surely this will be a very great cloud hunting place. 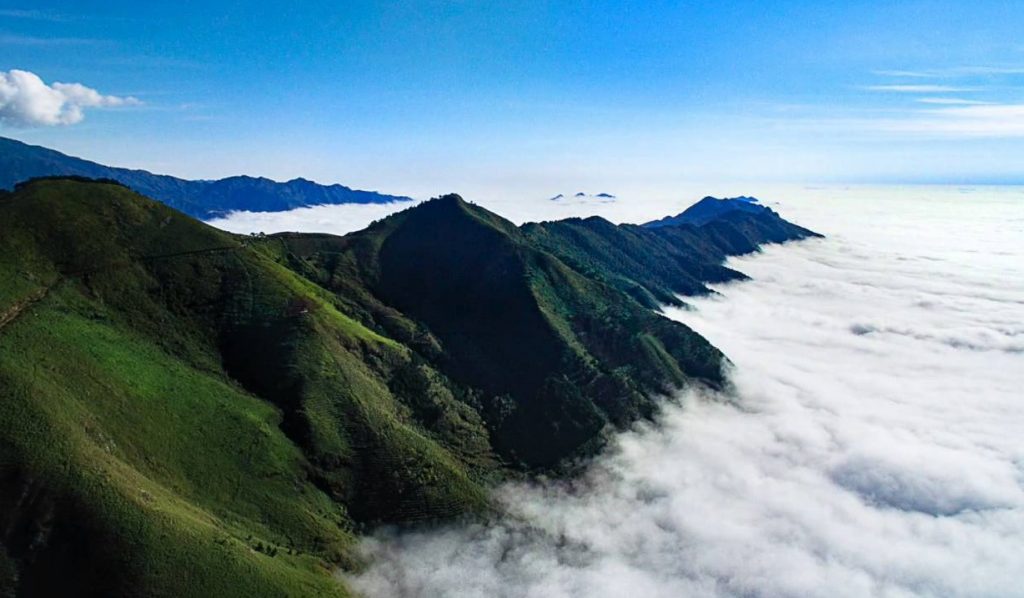 The best times to hunt for clouds on Ta Xua

To have the opportunity to see the stunning sea of ​​clouds on the top of Ta Xua, traveling at the right time is really essential. However, you do not need to worry too much that you will not be able to hunt clouds, because the provinces in the Northwest mountainous region with low temperature and high humidity are often cloudy. Along with the majestic mountain terrain, it will create a beautiful landscape like a paradise garden. 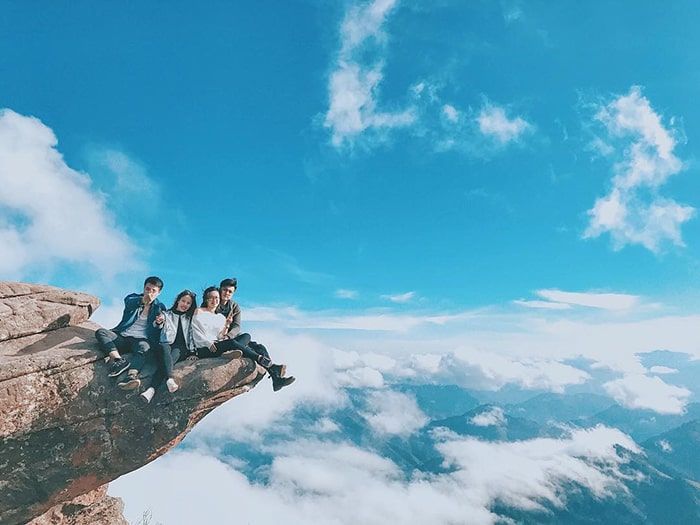 According to the experience of those who used to hunt for Ta Xua clouds, from October to April next year is the best time to see the clouds drifting. Moreover, this is also the time when clouds are formed perfectly. However, there will also be some rainy mornings that interfere with your cloud hunting that day. Checking carefully the weather is also really essential for you to save time and effort.

From Hanoi, you follow Highway 32 to Nhon to Son Tay town, cross Trung Ha bridge, then go to Thanh Son, Thu Cuc. At Thu Cuc intersection, you go to Phu Yen and then come to Bac Yen. It is about 15km from Bac Yen to Ta Xua.

If you want to go back by 2 different routes, you can go straight from Ta Xua to Tram Tau, without having to return to Bac Yen. This road is quite steep, but it is oke because it goes down. On the way from Tram Tau back to Hanoi, you will pass through Nghia Lo. If you have time, you should spend an extra day here to explore Nghia Lo before returning to Hanoi. 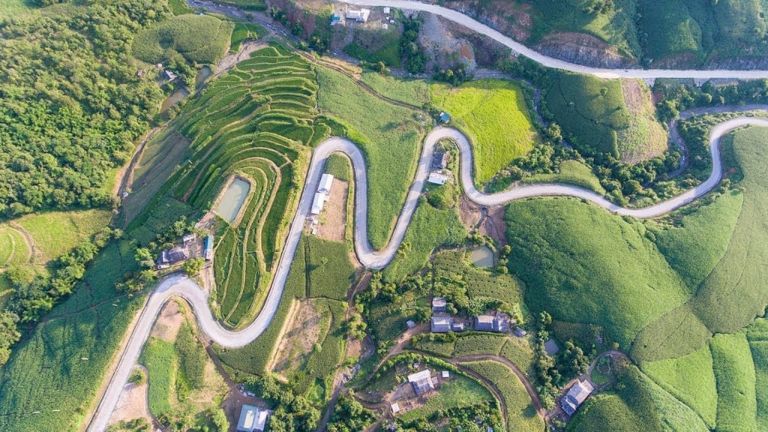 What to eat when coming to Ta Xua?

The provinces in the northwest mountainous area have many specialties that you will remember forever in your whole life. However, a special feature in this upland commune is that there is no food service available to tourists.  So, when you arrive here, you will not have too many choices about eating.

When coming to Ta Xua commune, a typical meal of the people here are the dishes in the daily meal. However, for timely relief of your hunger during cloud hunting, you can also bring fast food such as bread or hot dogs, etc. Don’t forget to equip yourself with a small carpet to organize a brief picnic on the way up to the clouds in Ta Xua! 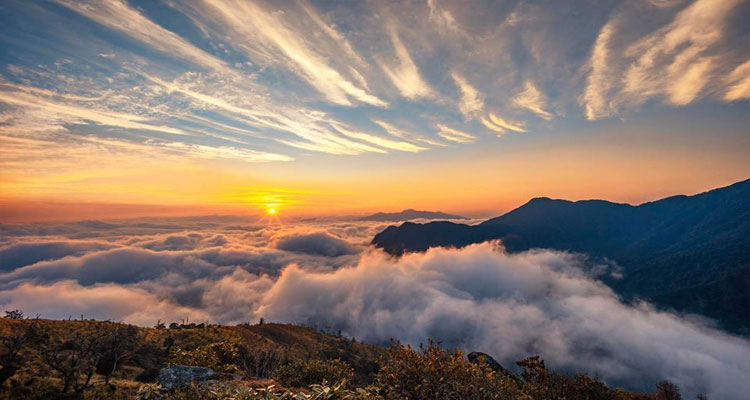 Dawn on top of Ta Xua

Coming to Ta Xua, you have come to one of the most beautiful places in the Northwestern mountains. And also here, the most divine check-in photos will be born. If you have a chance to hunt for Ta Xua clouds, try to come to this place once to enjoy the best of nature. Cloud Hunting on the top of Ta Xua