The powdery shores of Phuket have seen their fair share of luxury digs, but a new wave of beach hotels is cresting above the rest. Here, ASHLEY NIEDRINGHAUS calls out the island’s most compelling newcomers.

When the proprietors of the Manathai Surin hired the Thailand-based CDG design firm, they sought to include regional interior styles while avoiding the all-too-common mistake of overloading the space with dark teakwood and Thai silk. As a result, the rooms are clean-lined, light-filled, and tastefully Thai without being overwrought. The resort’s pool is surrounded by lotus ponds, and the showpiece is the giant birdcage sofa in the lobby, a reference to the Phuket habit of maintaining nice-looking cages outside the home. The hotel’s restaurant caters to Westerners with mild palates, but with a good position on affluent Surin Beach, Phuket’s top eateries are easily accessible.

The 390 large rooms have a laid-back weekend-away feel, and despite their vast size, the hotel manages to muffle the bustle of nearby Patong to provide a calm, family-focused getaway. With clean white walls, marine blue accents, and under-the-sea paintings, the rooms appeal to the area’s features. Almost 100 of the resort’s rooms are created with families in mind, featuring bunk beds and a separate living area, as well as access to kid-friendly activities such as a kids’ club, gaming room, and bike rentals. Parents will like the swim-up bar and well-equipped spa. The organic garden within the hotel provides herbs and produce for the hotel’s three restaurants, which serve everything from teppanyaki to Halal to Thai.

This 30-year-old resort has seen many acts, but high-end beachgoers will come here for the new Côte d’Azurmeets-the-Andaman atmosphere, thanks of the cerulean blue water, whitewashed walls, and touches of bright on-trend Pantone hues. In December 2015, the resort reopened after an 18-month renovation and was named the island’s sole member of The Leading Hotels of the World. Airy suites with heavenly mattresses feature private balconies with four-poster loungers overlooking Nai Harn Beach and Bay, and the opulent service includes beachfront butlers and an in-villa champagne button. Fancy something other than bubbles? Try the Lady Nai Harn, a signature cocktail made with indigenous Chalong Bay Rum, which was crafted by legendary barman Salim Khoury of London’s The Savoy Hotel, or peruse the wine list culled by expert James Suckling; you’re bound to find a bottle you’ll love.

This resort manages to appeal to nearly every sector of visitor with its young friendliness, eco-friendly attitude, in-pool bar with premium spirits, and fashionable beach club. The newest outpost from the people behind the ever-inflating disco ball that is Dream Bangkok is a beachfront stunner north of the Bangtao Beach peninsula. Puff on an exotic cigar and drink wine at the leather-clad Indulge lounge, or feast at Trilogy, a three-part restaurant with selections of Thai, Tuscan, and modern European dishes prepared by three world-class chefs. Off-site, visit the adjacent Dream Beach Club, the hotel’s custom-built club on Layan Beach, where in-house DJs spin tunes and champagne flows freely. Looking for Phuket’s young and trendy? This is where you’ll find them Instagraming.

Built into the wooded hills immediately up from Kamala Beach, the design-centric Keemala is a pleasant contrast to the district’s more conventional offerings. The 38 villas, which are divided into cottages, tents, tree homes, and bird’s nests, combine indigenous themes with opulent amenities such as private plunge pools, outdoor showers, and deep soaking tubs with sea views. Spend an afternoon at the organic Mala Spa, where unique treatments use a variety of essential oils. The proximity of adjacent villas will be a buzz kill to honeymooners’ seclusion, but the staff is courteous, efficient, and almost unnoticeable, so will not interfere with anyone’s idyll. 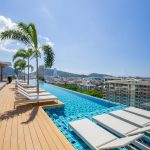 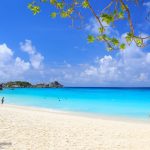