Myanmar attracts a large number of Buddhist pilgrims each year owing to its abundance of sacred pagodas and temples. The five locations listed below are thought to be the best.

Shwedagon Paya, located in Yangon, Myanmar’s former capital city, is regarded as the country’s emblem. Because this gold rock is 100 meters higher than the city, it is easy to appreciate it from everywhere in the city. Locals say it was erected 2,500 years ago to house Gautama Buddha’s hairs, which he left for his two brothers.

Shwedagon Paya is also home to a stupa and a number of city temples. Early morning is the ideal time to appreciate the tranquillity of this site. It is also a good idea to join a group of pilgrims in the sunset to marvel at the beauty of Buddhist buildings there.

This well-known pilgrimage destination is located in southeast Myanmar. The golden rock glitters beautifully in the bright sunshine, catching everyone’s attention. The stupa on top, where it appears impossible to erect anything, is the most remarkable feature.

Mt Kyaiktiyo’s breathtaking scenery will take your breath away. The best time to come is from November to March of the following year since it is easy to see hundreds of devotees gathered here to pay their respects to the Buddha. If you visit during the rainy season (June to October), the entire area is covered in fog.

Thousands of temples nestled among the woods make tourists wonder whether they have arrived in Buddhism’s “Land of Bliss.”

This plain is home to approximately 3,000 temples and pagodas. They were constructed during Buddhism’s golden period, which spanned from the middle of the 11th century until the end of the 13th century.

The remnants of massive bas-reliefs may be seen in the majority of temples here. Some of them, such as the magnificent Anando Pahto temple, are still in use. Watching the sunset in this land’s beautiful haze is an amazing experience.

This pilgrimage destination is located in Rakhine, Myanmar’s most distant region in the west. Because of their massive and sturdy walls, the religion structures here resemble forts. It’s worth noting that this is the least congested of the bunch.

In the 15th and 16th centuries, bas-reliefs were etched into the rocks here. Some of the structures are ruined by time, but the majority of them are undamaged. This was formerly the capital of Rakhine and one of the wealthiest towns in Asia, owing to commerce with Spain, Portugal, and Middle Eastern nations.

Keep in mind that riots broke out here in 2012, therefore you should properly verify the security situation before heading here. Despite this well-known truth, Bagan and Mrauk U remain on many travelers’ bucket lists. Hiring a carriage for around $15 is a steal, especially given carriage drivers generally know this area like the back of their hands.

Bago is no longer the same as it once was. It was formerly the heart of Myanmar’s southern region, with a plethora of significant temples and monasteries. This is also the location of Shwethalyaung, the famous reclining Buddha sculpted in the 10th century.

Bago is no longer the same as it once was. It was formerly the heart of Myanmar’s southern region, with a plethora of significant temples and monasteries. This is also the location of Shwethalyaung, the famous reclining Buddha sculpted in the 10th century. 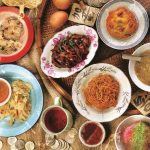 A Complete Guide to Seafood in Da Nang