Xinjiang travel blog — A journey to the paradise of earth

If there existed a “heaven on earth” in China, it would undoubtedly be Jiuzhaigou in Sichuan province. However, if you’ve ever been to Xinjiang, the scenery of the most well-known path of the old Silk Road, you’ll see that Jiuzhaigou pales in contrast to an even finer paradise. Let us explore this lovely region with this Xinjiang travel blog. 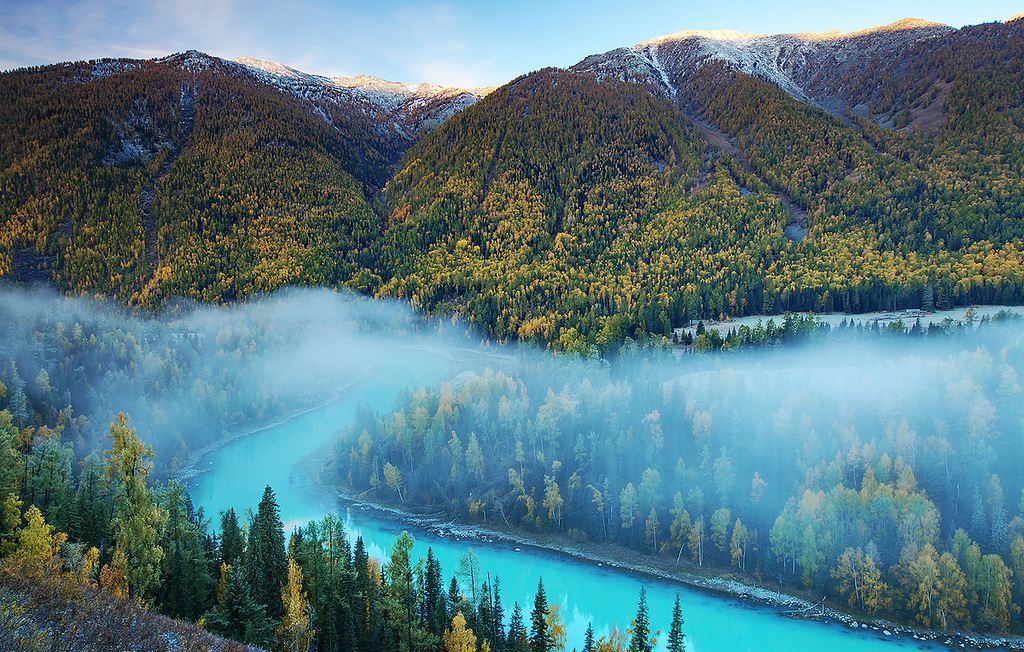 Xinjang’s secret scenery is slowly being exposed to many tourists through reports of a free nomadic lifestyle, miraculous blue lakes, and white mountain ranges topped with snow all year round. Furthermore, seasonal color changes enhance the environment, creating a beautiful paradise on Earth.

Xinjiang, a Chinese autonomous province, features a distinct geography produced by three mountains: Kunlun Mountain, Pamir Mountain, and Tianshan Mountain. In the 7th century, Chinese Buddhist monk Chen Xuanzang paused in this region before embarking on his trip to Tianzhu (an old Chinese name for India) to bring a collection of Buddhist texts back to China. The Silk Road was developed and expanded before to that period, when Guangwudi of the Han dynasty dominated the region west up to the border of current Afghanistan. Xinjiang became a bustling commercial crossroads where local specialties from all over the world were exchanged. 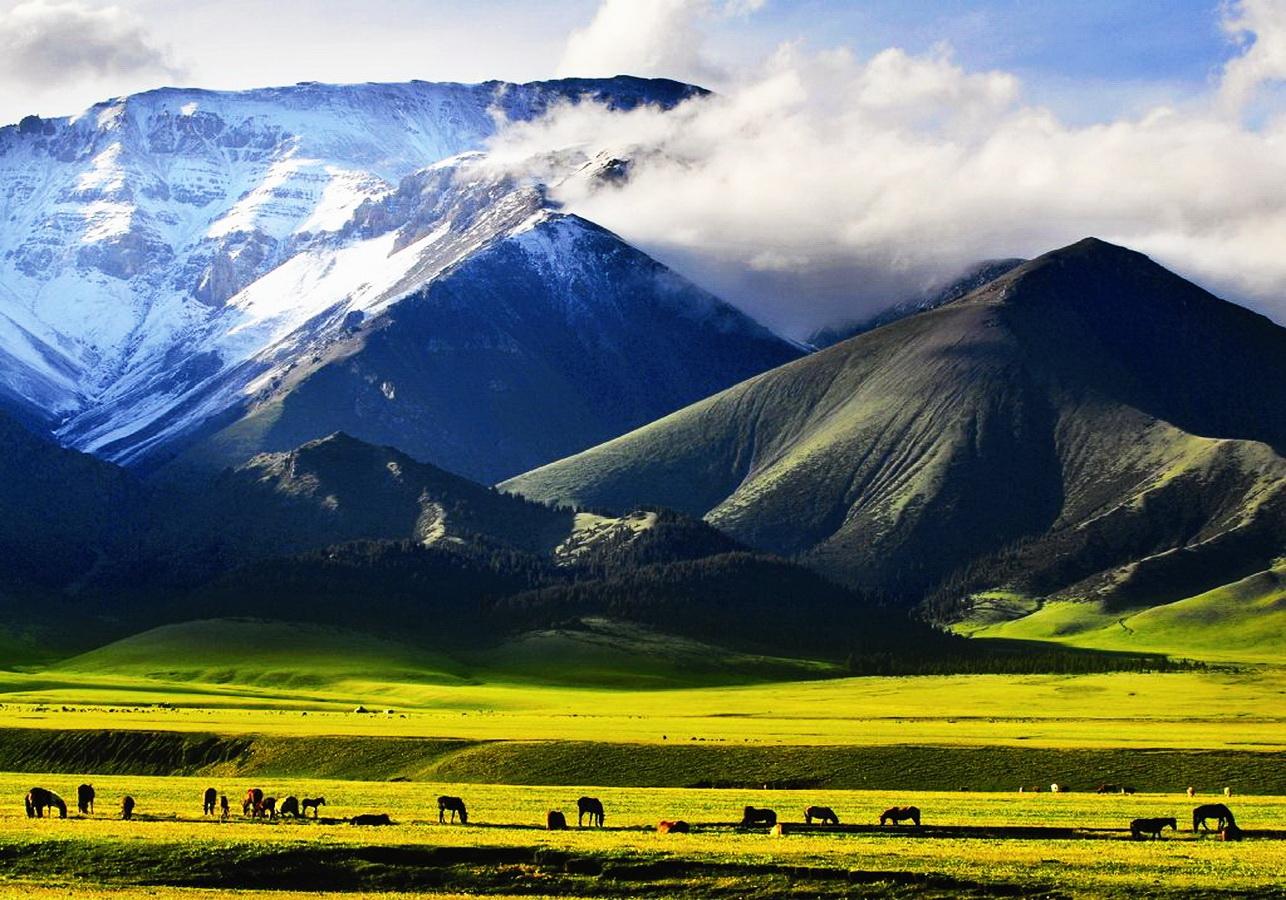 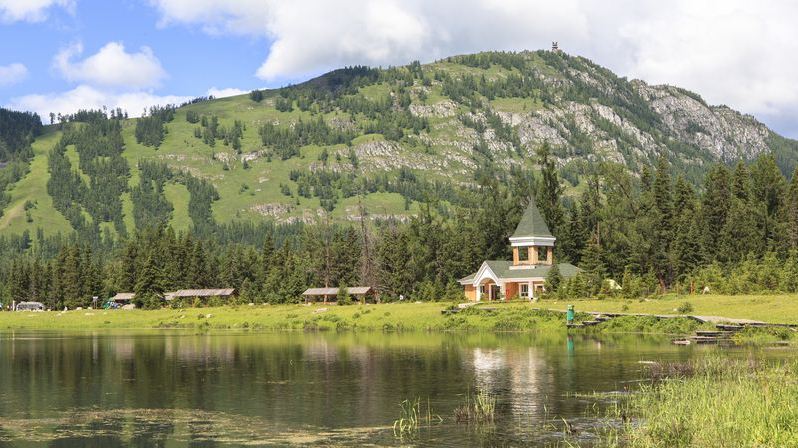 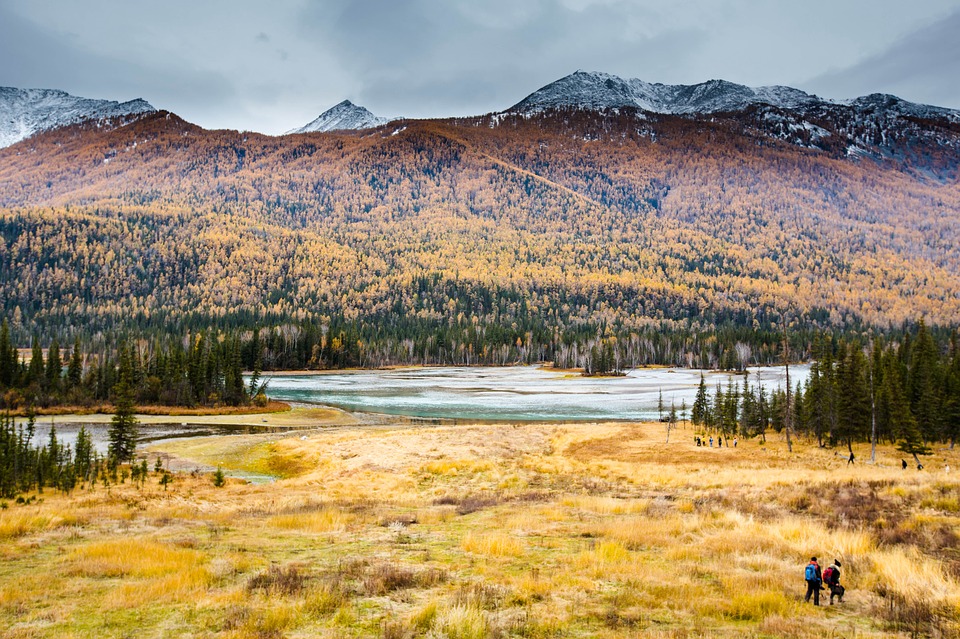 The north of Tianshan Mountain is entirely settled by the Uyghur people and some other ethnic groups. In history, “Uyghur” was used to talk about ethnic groups that spoke Turkish as their language in the Altay mountain range. Although Xinjiang and Turkey are two different regions, Uyghur and Turkish people share similar language and culture because they were both originated from Turkic groups. 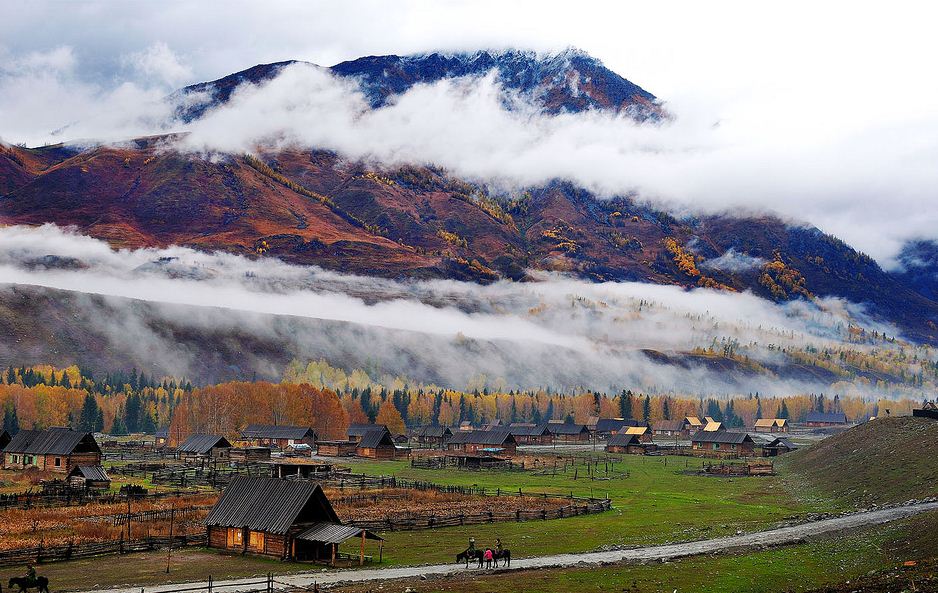 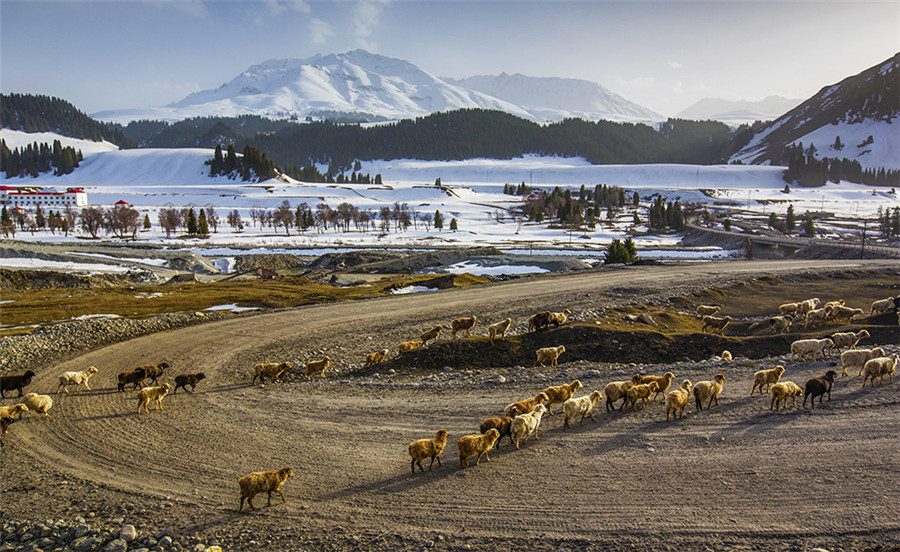 Visitors often start their journey at the gateway of Xinjiang, Urumqi capital city, also known as the “land farthest from the sea”. This city, which is the home of different ethnic groups, including Han, Uyghur, Hui and Kazakhs, enchants tourists with its crowded atmosphere provided by a large number of traders who crowd the city just as they 2000 years ago.

Uyghur ethnic people account for about 45% of the total population of Xinjiang with diverse appearances. Some people are short with dark skin, black hair and small eyes while some others are tall with fair skin, colored eyes, straight noses and blonde or brown hair. These are results of the Arabian, Roman, Greek and Persian residents on the Silk Road from over a thousand years. It’s the historic cultural mélange that has formed the colorful and original culture of the Uyghur people with Turkish-Central Asian dances and traditional dances of the modern Han. Uyghur people used to be a battle-tested, brave and strong army mastering skills of riding horses and using bows as Mongolians. 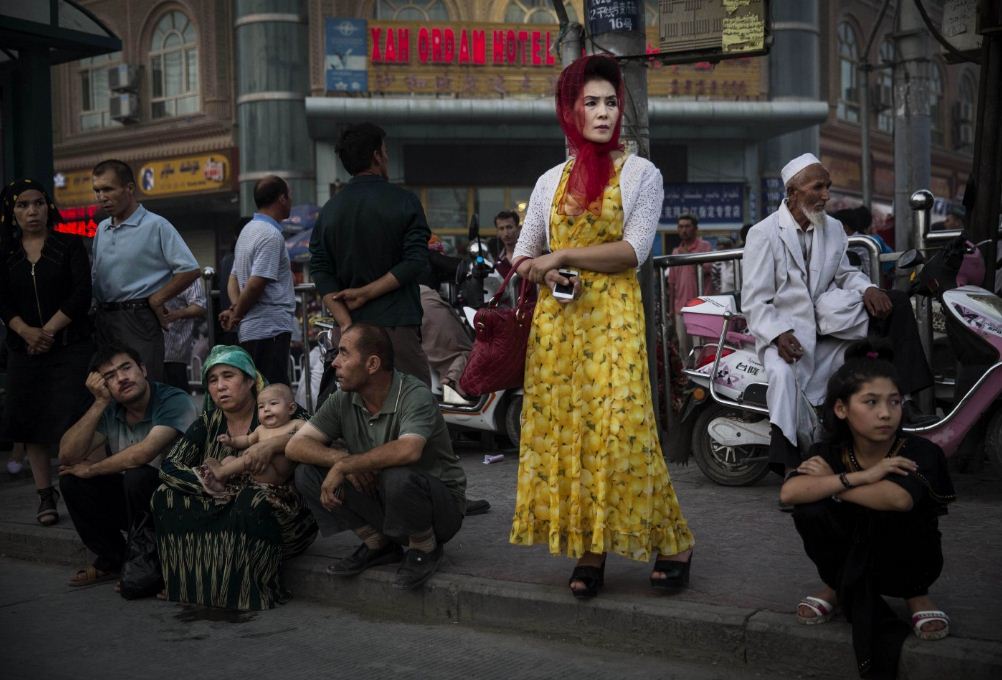 Xinjiang in Chinese means “a new border” and it has had its name since the 18th century during the Qing dynasty. This region features a complex terrain which is formed by the green grasslands of Mongol scattered with the nomadic tents of local people. This land has the appearance of Central Asia with vestiges of ancient citadels, there are signs of Europe with sparkling color carpets and a presence of Middle East made by solemn mosques. 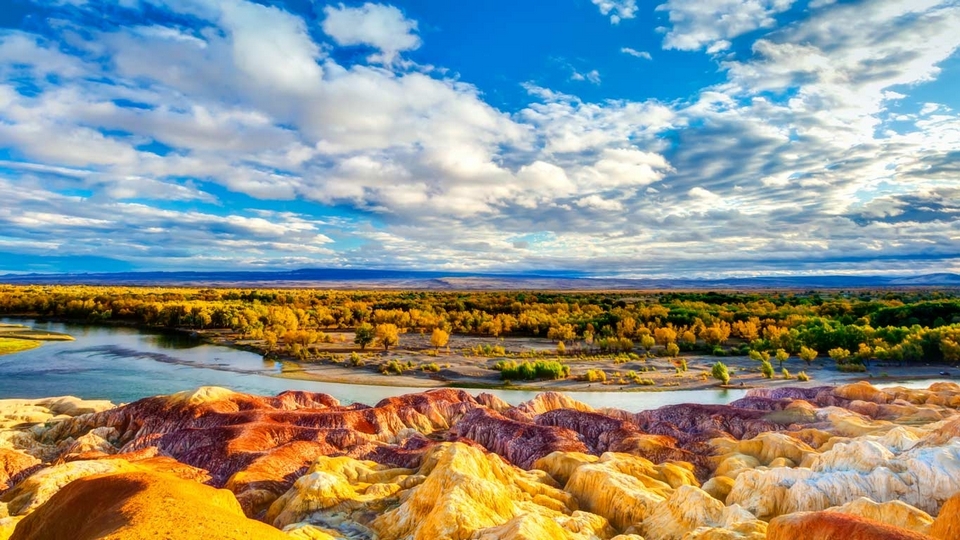 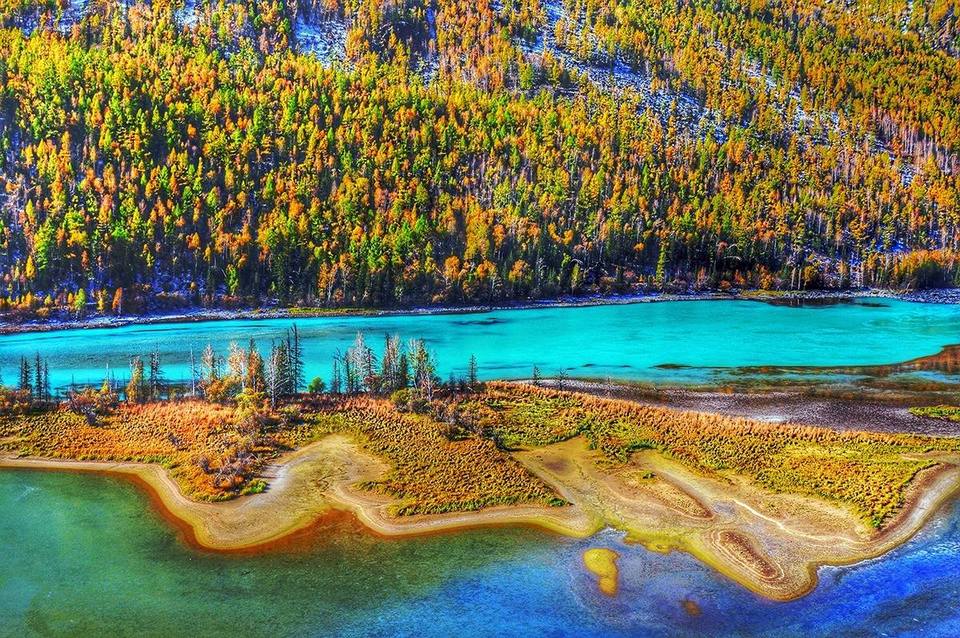 Xinjiang wears a new coat every season. Spring is beautified with peach and plum blossoms while summer is dyed with the purple color of aromatic lavender flowers in Ili (a prefecture of Xinjiang), and yellow sunflowers and sugar-beet flowers in the sunshine. Tarim river is picturesque in autumn and astounds guests while yellow and red leaf carpets are reflected in turquoise lakes. The breathtaking scenery is shown in magnificent colors, the beauty of which no painter can express sufficiently in their work.

Meanwhile, the winter in Xinjiang astonishes visitors with images of cattle shriveled up next to warm cloth tents at the foot of mighty snowy mountains. Xinjiang is mysterious and pristine due to not only its natural colors of plants, lakes and immense snowy mountains, but also outstanding tectonic lands that were written into legends. Here and there, mounds of different heights and many ancient castles of the Middle Ages draw ones imagination about the appearance of the “devil”. Legend has it that these castles were formed by dry climate and sand storms. Strong winds carved shapes of stone and made them look like imposing palaces in the desert or a big ship overcoming high waves. However, some stones were shaped as disgusting faces of devils. 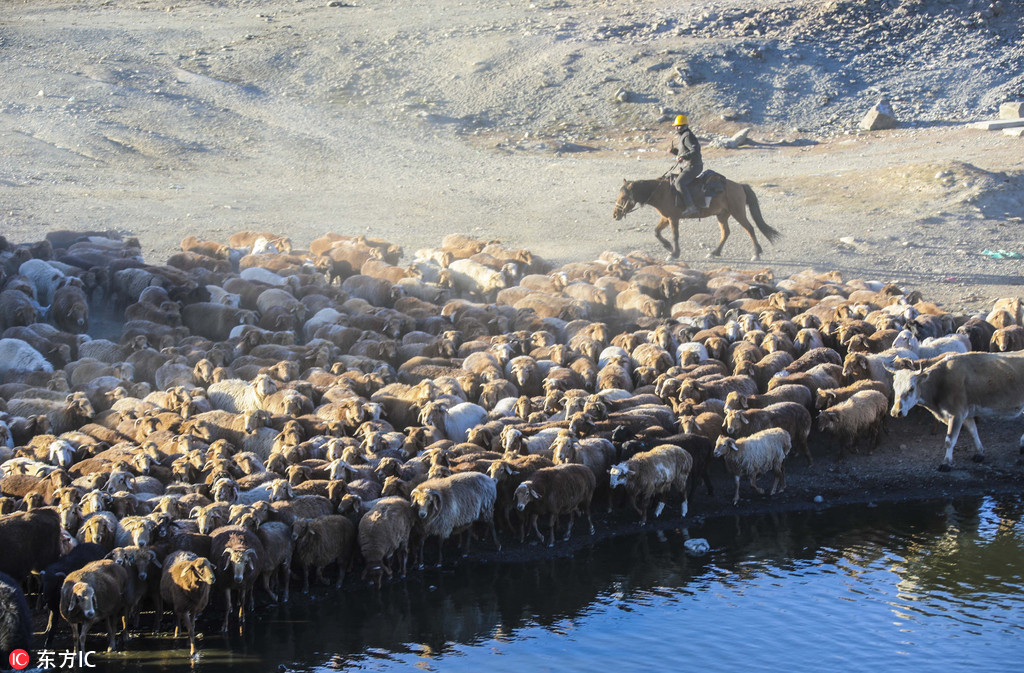 In modern days, although Xinjiang is an outback landscape that is strictly controlled by Chinese government, it can’t stop tourists flocking to this destination to unlock a true paradise on earth. 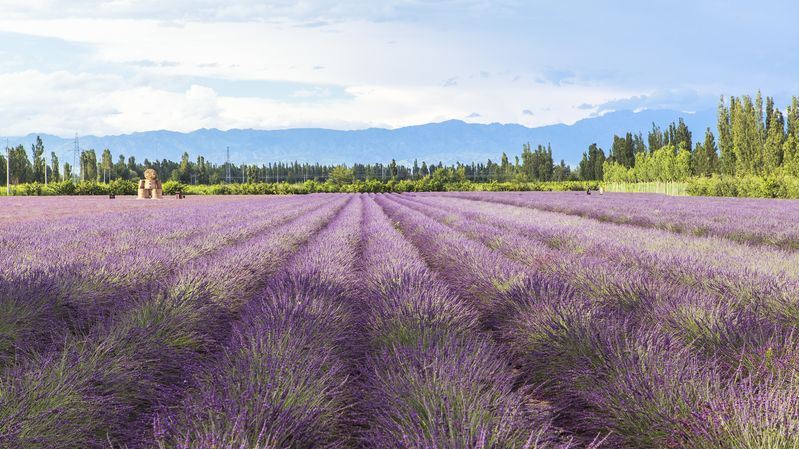 10 moments that makes Xinjiang a paradise on earth.

1. Viewing sunset at Five-color Bay
2. Witnessing Hemu village in the morning dew
3. Trekking around Kanas lake
4. Visiting lavender fields in Ili
5. Riding a horse on the Bayanbulak plateau
6. Sleeping in a nomadic tent in the style of the Uyghur people
7. Boating on Tianchi lake
8. Looking at Chang Jiang river from the bird’s-eye view
9. Riding a camel in Devil city, Urho
10. Walking along the Swan lake and Esoteric Buddhism monastery.

+ Itinerary: Visitors often start their journey at Urumqi capital city to discover Xinjiang. You can fly from Vietnam to Xinjiang with a transit at big Chinese cities such as Beijing, Shanghai, Chengdu and Guangzhou. You can book a ticket of China Southern Airlines, China Eastern Airlines, China Air or some routes connected with Vietnam Airlines. Return tickets range 12-20 million VND.

Another way to Urumqi is by car to experience Karakoram street. Guests will travel by local bus from Rawalpindi city of Pakistan to Kashgar of Xinjiang, a route of 1,300km.

+ Transportation: You can rent a car and discuss your itinerary with the driver to visit famous attractions in Xinjiang. Since this region is insecure, drivers will help you to register at some checkpoints along the way. This will help to save your time. With a rented car, you can stop at different beautiful sights. 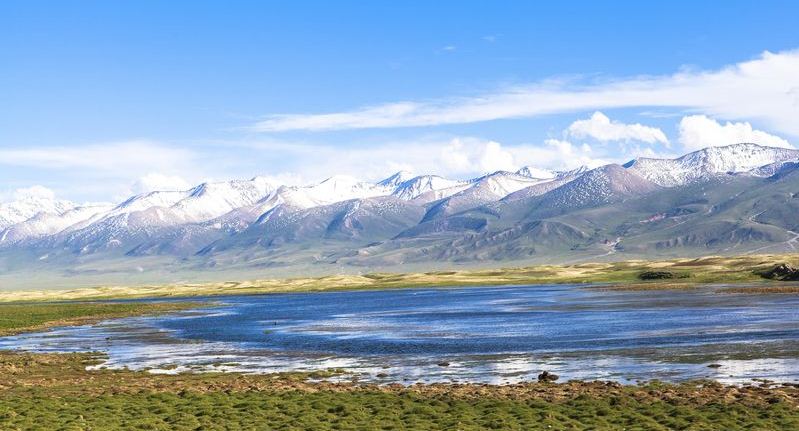 + Activities: Since Xinjiang is an autonomous region covering a large area of the country, visitors will not be able to discover enough of it within two weeks. If you love natural sights, you can visit the north of Xinjiang. If you would like to discover historical vestiges with Silk Road, you are advised to go to the south of Xinjiang to the spacious deserts.

+ Accommodation: In order to ensure the safety of foreign tourists, Xinjiang government only allows some hotels to serve international guests. You should collect information before you book a room or you can ask your local driver to help. Hotels in Urumqi and other urban areas are often strictly controlled by securities. A double room at 2-3 start hotels in Xinjiang is priced from VND450,000 – VND600,000. You can book a tent or homestay at from VND150,000-200,000/person.

+ Food: The food in Xinjiang is spicier than other dishes served in mainland Chinese. They often use round baguettes, lamb and goat meat instead of rice in their daily meals. You can easily see a Chinese restaurant around Xinjiang. Fruits such as apples, pears, plums, peaches, grapes and pomegranate are also specialties of Xinjiang.

+ Climate: Terrain in Xinjiang is quite complex with permanent snowy mountains in the north that brings cold weather to the whole area. Some streets are even filled with ice during the summer. In the south, the climate is so dry and hot in summer that the temperature may reach 45 degree Celsius. The best time to visit Xinjiang is in autumn or spring, when it is cool and the nature is embellished with colorful carpets of flowers and ginkgoes. A new research reveals the best time to book a cruise