Also known as Tet Nguyen Dan, Vietnamese New Year is the most important Vietnamese Holidays of the year, which starts from the first days of January in Lunar Calendar. Vietnamese people take it as a celebration of the spring. There is no exact date for Tet in Gregorian calendar. It usually falls from the end of January to the middle of February. This time of the year is especially for families’ and friends’ reunion. Vietnamese people often spend one or two weeks before Tet for the preparation. Others, however, make use of that time to relax after a hard year. Today, Focus Asia Travel would like to show you top 5 places that you should visit in Tet holiday.

Where to travel New Year 2020? New York is definitely one of the suggestions if you want to have a special New Year’s Eve. This city’s iconic crystal ball counts down every minute to be dropped down on Times Square in the presence of thousands of people. 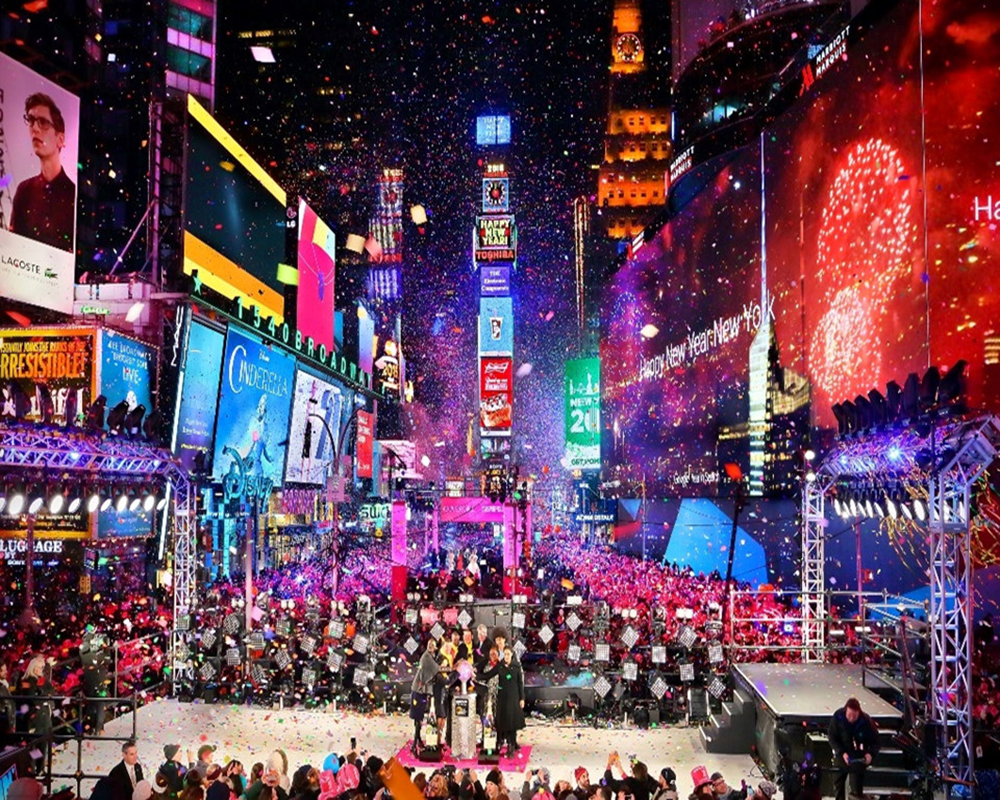 The sphere is equipped with hundreds of LEDs, creating powerful visual effects for locals and visitors to admire a traditional ritual on New Year’s Eve in America.

When coming to Japan, you will find beautifully decorated houses, including kadomatsu (a few branches of pine and three crossed bamboo tubes are placed in front of the house, which stand for a blessing), or shimekazari (an ornament that is hung right in front of the entrance of the house and the altar, which is to against evil. On New Year’s Eve, Japanese eat long life noodles and listen to 108 bells from Jojoji Temple.

When you come to Japan, especially Tokyo, there are some activities you should do to experience the New Year atmosphere in Japan. For example, visiting Jojoji Temple to hear 108 bells; watching fireworks and “countdown” at the port of Yokohama; visiting a shrine at the beginning of the year (hatsumode), etc.

This place annually attracts a large number of international tourists to welcome the new year due to its second largest fireworks displaying in the world which lasts about 12 minutes. 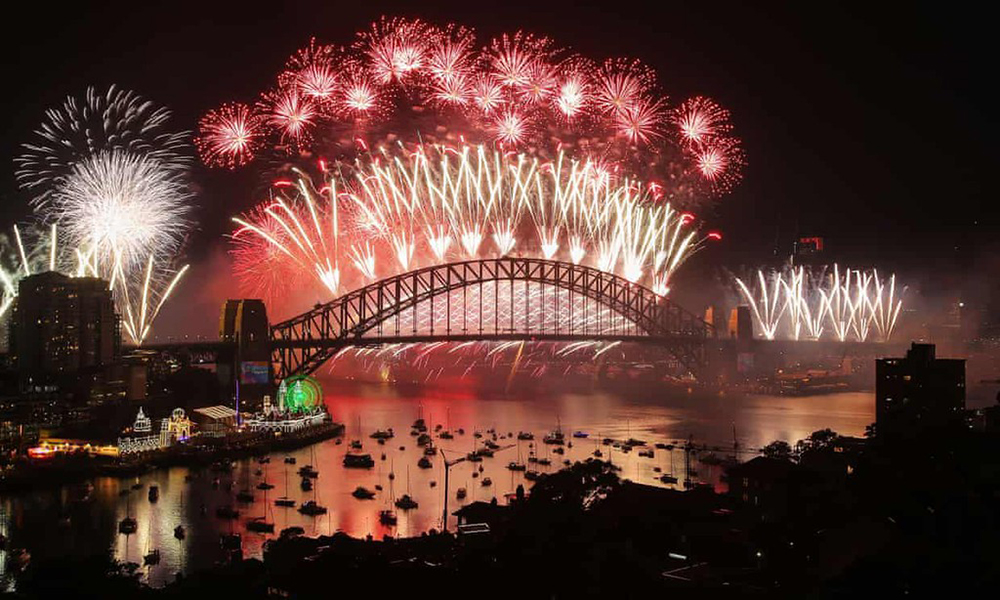 The theme of fireworks is different each year and is only “revealed” until the time of the show. In 2018, to celebrate the official Australian adoption of the same-sex marriage law, the fireworks show is combined with a waterfall theme “rainbow” (the symbol of the LGBT community), below the wharf.

Like Sydney, New Year’s Eve events in Taipei (Taiwan) are broadcast and watched by millions of people around the world. The fireworks display launched from the skyscraper Taipei 101 plus the tower’s LED lighting effects create a unique and impressive display. 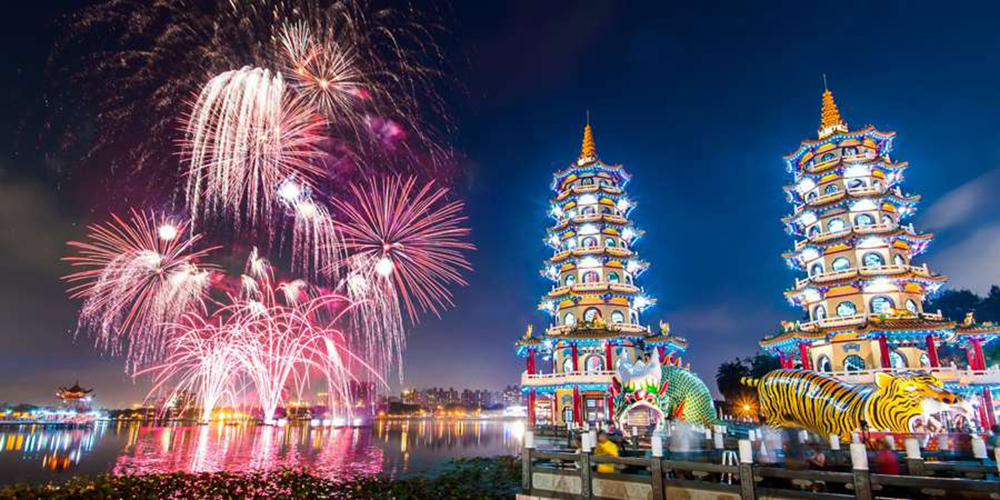 This event has been listed by CNN as ” Top 10 New Year destinations in the world” and it is broadcast live in more than 100 countries.

The highlight of the New Year’s Eve event in Taipei is the use of eye-catching LED lights combined with traditional fireworks, creating a spectacular scene.

Sapa – A tourist destination for Tet 2020

Here you will be immersed in the fresh and cold air at the tip of your nose. The misty scene is in harmony with the surrounding mountains. Spring comes, the cherry blossoms blooming pink, the terraced fields stretching a cool green color, creating a charming poetic scene. 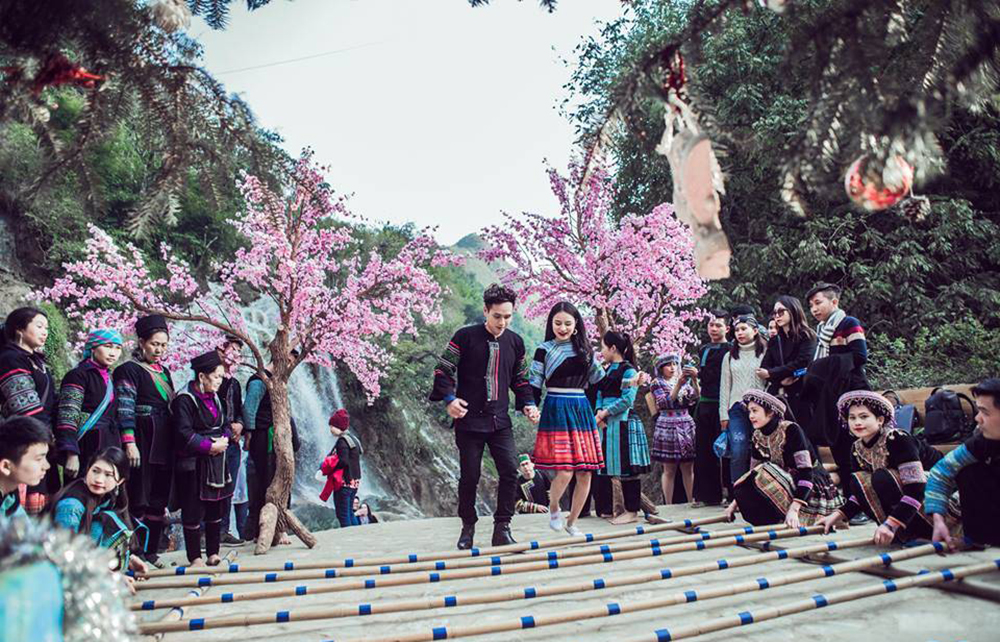 Coming to Sapa at this time, in addition to taking a scenic walk, you can learn about the local life of the local people. You will see the Dao children widen their eyes looking at you strangely, the girls carry their goods on their backs to go to the market early, etc.

Or you should walk around the ancient village of Cat Cat to see traditional crafts such as planting cotton, weaving, making jewelry, etc.