Beside the appearance of Trang An- Ninh Binh in Skull Island and Phu Yen in Toi Thay Hoa Vang Tren Co Xanh, Ha Giang is recognized as an attractive place for many directors. Focus Asia Travel will recommend a Ha Giang tour with a cost of 0 VND. It is traveling through the scenes of 4 popular movies.

“Story of Pao” belongs to director Ngo Quang Hai, was released in 2006. This movie was based on the novel named “Tieng dan moi sau bo da” written by author Do Bich Thuy. It reconstituted the life of a H’Mong family at Ha Giang stone plateau. The main character is a girl called Pao (taken role by actress Do Hai Yen- ex-wife of the director), who was on her way to look for her mother and got stuck into family conflicts. Moreover, there were secrets kept by her mother with her suffering.

The main scenes of the film were filmed at the old house of Mr. Mua Sao Pao’s report. Address in Sung La commune, Dong Van district. Nowadays, this place has become a famous check-in place in every cheap tour to Ha Giang, called “Pao’s House”.

Silence in the deep

Following “Story of Pao”, this is another novel written by author Do Bich Thuy about the people and their life in Ha Giang transformed into a movie, which was released in 2017. The series includes 40 episodes, and was named “Silence in the Deep” directed by producer Dao Duy Phuc. On the contrary of the majestic scenery of rocky mountains and poetic triangular flower fields, the film told about the separated love between Vu and Sua, along with the tragedies of fate and the consequences of the custom of “wife hunting”. 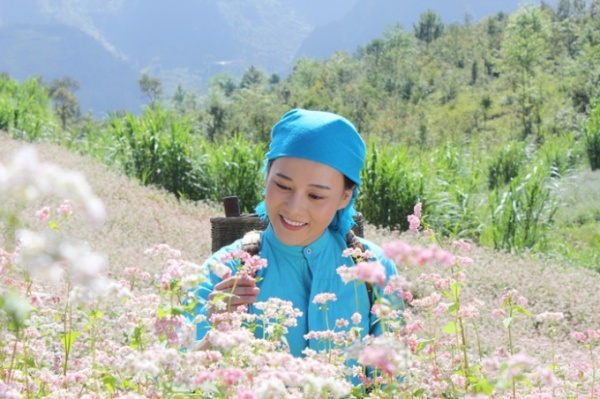 During the recording time, the crew had to live in poor conditions for 4 months, not only scorching summer but also the freezing winter. In addition, there was time that they had to hold their breath when the coach passed the road which is just 10cm away from the mouth.

The movie “Father and Son” is adapted from a short story written by director Luong Dinh Dung himself. It was released in 2015, after two years of delay due to the incident. Few people knew that the boy named Ca – the main character in the movie comes from SOS Children’s Village Viet Tri. The film is a touching story about the dream of reaching the clouds in the sky of the orphan living together with his father, who spent all his lifetime catching fish. However, he always nurtured his son’s heart about an imaginary land, filled with light that he had never set foot on. 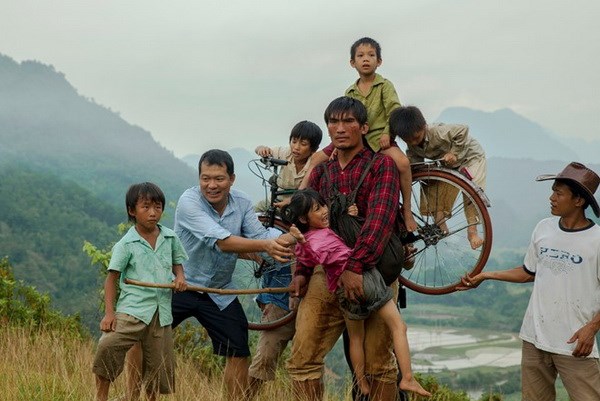 The film was shot on a hill in Bac Me, Ha Giang along with other landmarks of Tuyen Quang, Hanoi, … The script of the film made Hollywood screenwriter Pilar Alessandra moved to tears.

The project Ciel Rouge is a French movie released in 2017, after two years of recording. This is a story about a young French officer called Philippe, joining the French army heading to Vietnam for war. During the Dien Bien Phu war in 1946, he was tasked with torturing a beautiful Viet Minh girl named Thi (taken by Vietnamese-French actor Audrey Giacomini).

Witnessing how patriotic and brave Thi was, Philippe realized how cruel the war was. He decided to release Thi and they fled together into the deep forest. The two quickly became lovers and then joined the guerrilla army fighting against the French. The film was set in Ba Be Lake (Cao Bang) and majestic mountains in Ha Giang.

Hope that the information above has helped you enjoy a “cheap tour to Ha Giang” with not only majestic natural scenes but also the meaningful moments from the four movies.