The magnificent beauty of Halong Bay

No word can explain the magnificent beauty of Ha Long Bay. Let’s follow Focus Asia Travel to find out more information about this bay. 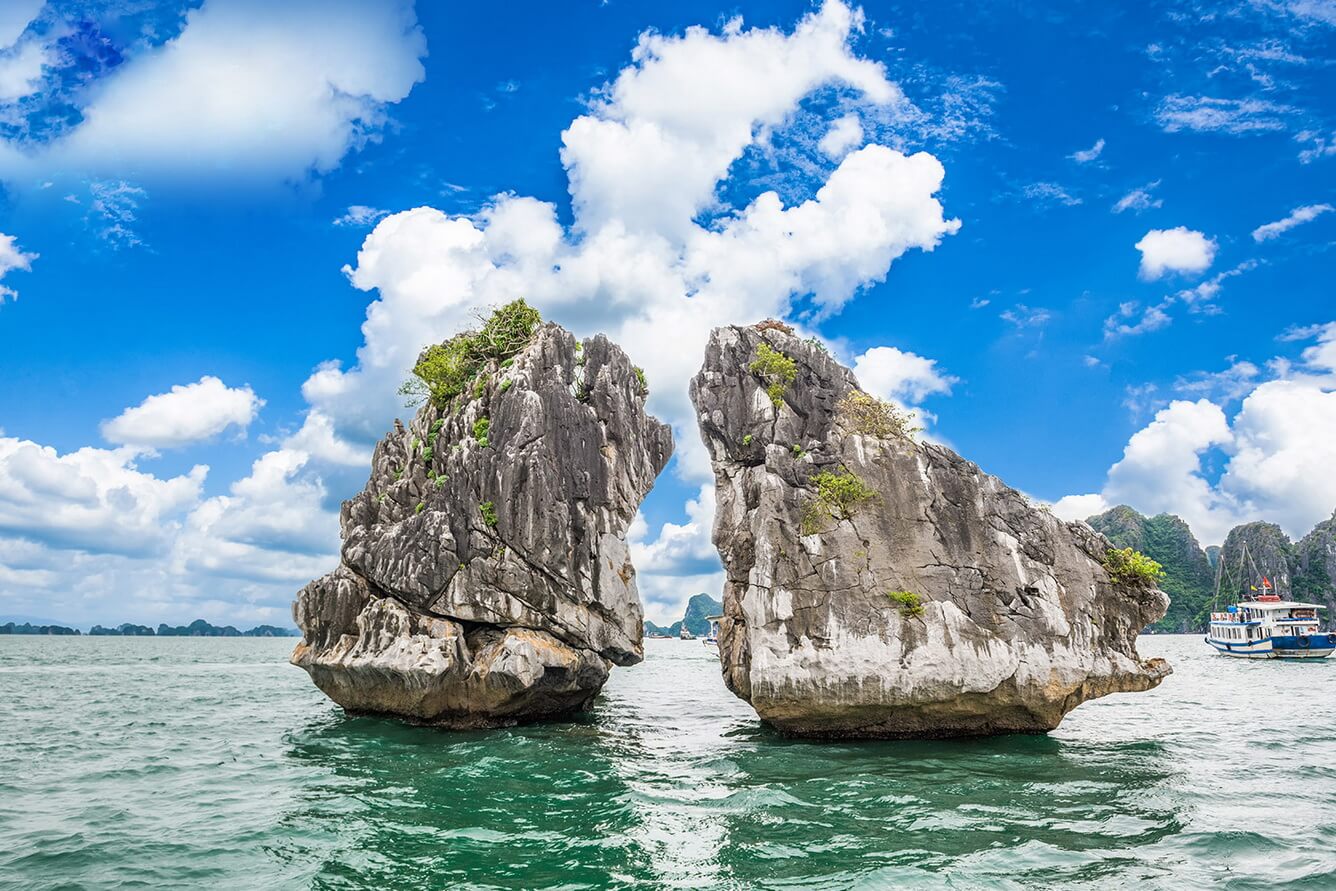 Halong Bay is a beautiful natural wonder in northern Vietnam near the Chinese border. The Bay is dotted with 1,600 limestone islands and islets and covers an area of over 1,500 sqkm. This extraordinary area was declared a UNESCO World Heritage Site in 1994. For many tourists, this place is like something right out of a movie. The fact is that Halong Bay features a wide range of biodiversity, while the surrealistic scenery has indeed featured in endless movies. 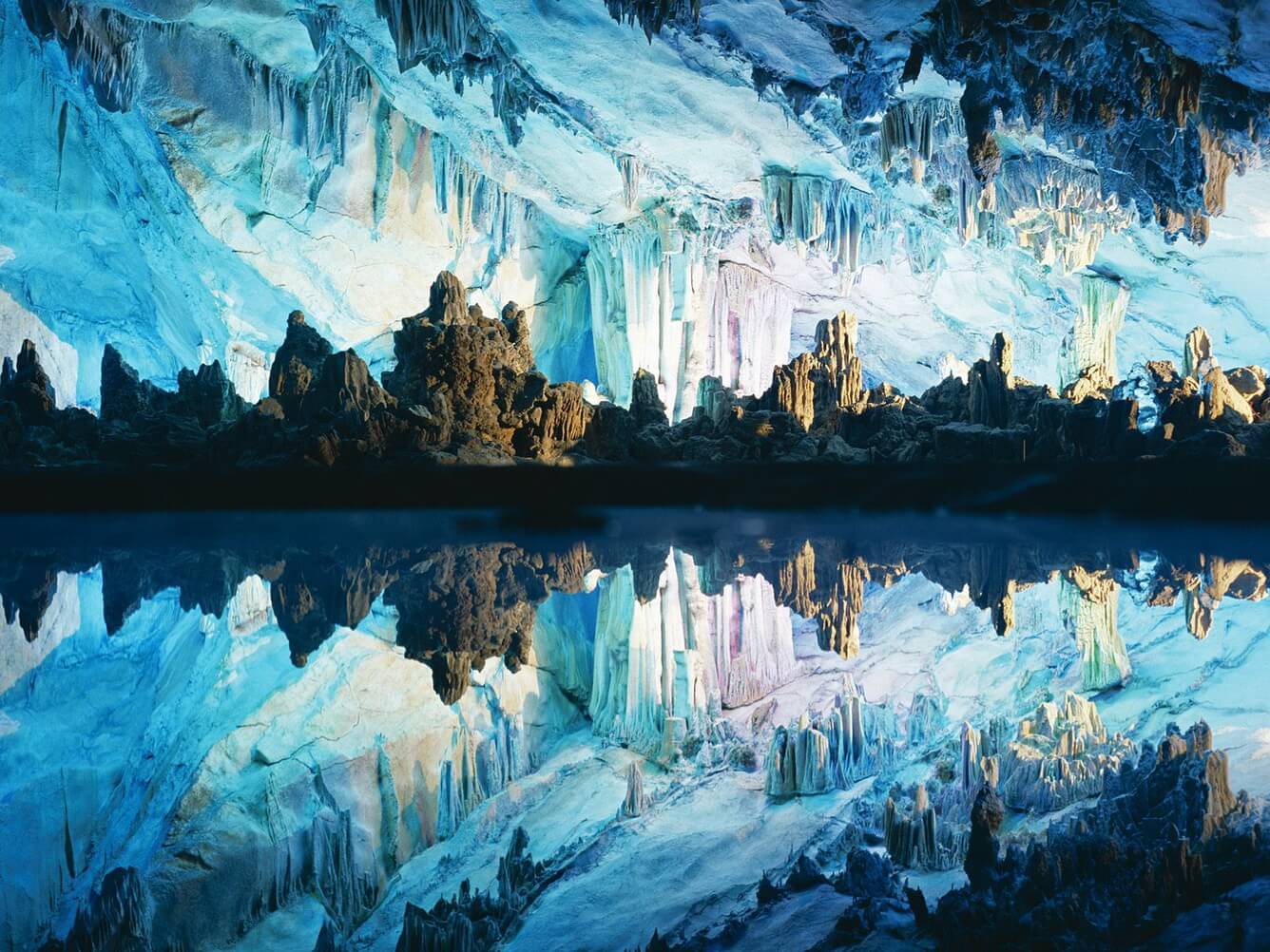 In Vietnamese, Ha Long means “Descending Dragon.” Dragons play a prominent role in Vietnamese culture, and the most popular legend has it that one such creature and her children descended from heaven to defend the Viet people from invaders, spraying fire and emeralds or jade. She and her children then stayed on Earth.

The trees on the island are green, glistening with a crimson wild flower. The most poetic is the image of sails full of wind soaring on the bay surface. After a round of excursions, the boat arrived at Sung Sot cave – one of the most magnificent stalactite caves in the bay complex. Stepping up the steep rocky steps, a splendid palace opened before your eyes. The cool air emanating from the dynamic background is soothing. The ceiling of the cave is 30m high, with small and fancy dents like a big theater ceiling which surprises visitors.

The cave is divided into two main compartments with thousands of stalagmites, stalactites, sparkling in light yellow light. Large head compartment with countless glittering stalactites. Following the tour guide’s flashlight is the vivid image of rock elephants, rock seals, raspberries, sea bears. Stepping on the paved road of more than 500 meters long, I came across clear lakes, every single drop of water dripping from the cave ceiling as time passed under my feet. The second compartment is a beautiful “upper garden” with ancient banyan trees, sea bears, dinosaurs, fairies … and the chirping of birds. The more I admire, the more I am amazed and surprised. 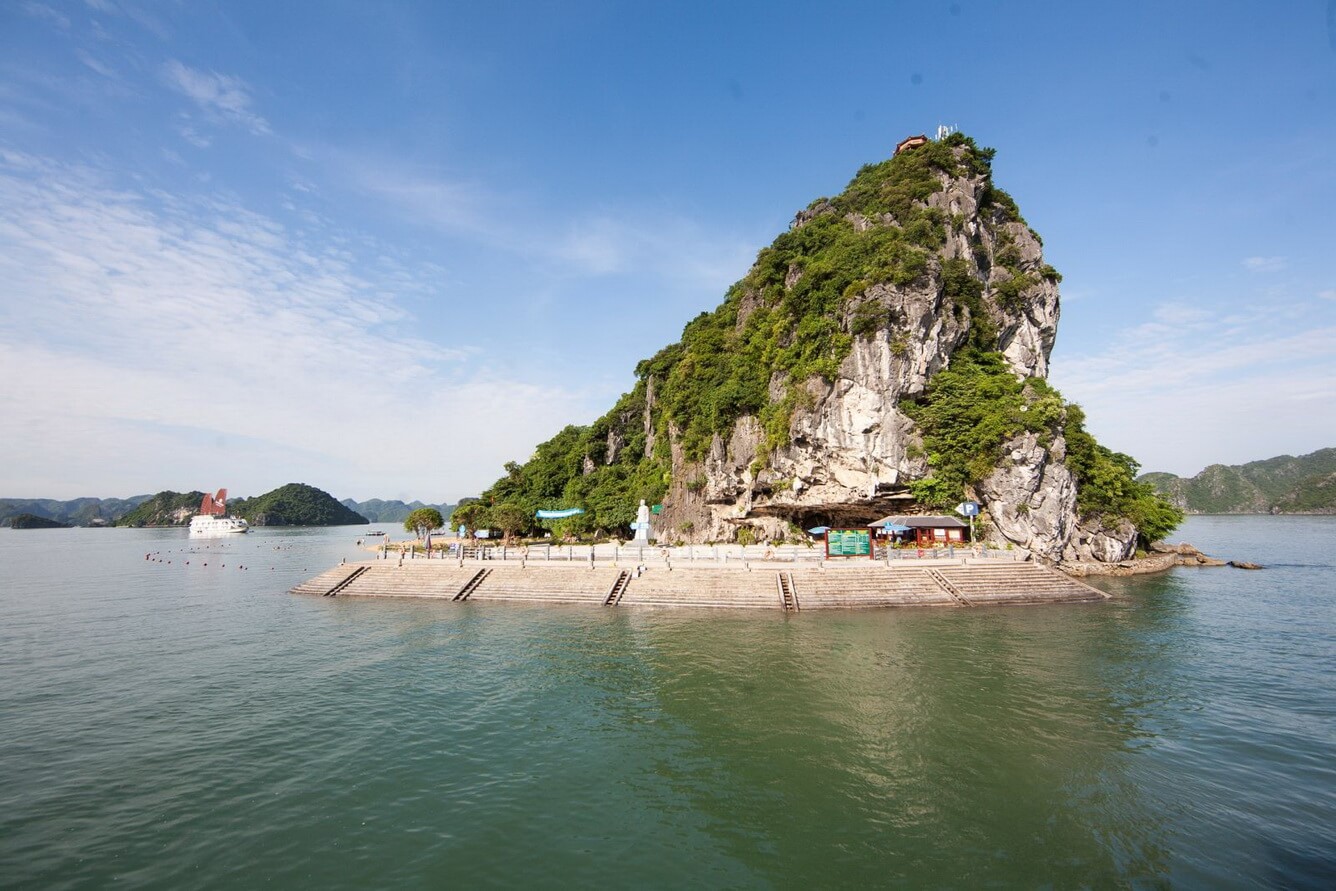 Say goodbye to Sung Sot cave, the boat arrives on Ti Top Island – an island was named after the famous Russian cosmonaut. The island has a crescent moon-shaped beach, smooth sand, clear blue water, so it attracts many tourists to swim, play sports … I choose to conquer the towering steps to embrace the cliffs and stop at the scene. Zoom out in all four directions. At that time, my whole soul was filled with the blue ocean of the sky and the picturesque rock island. 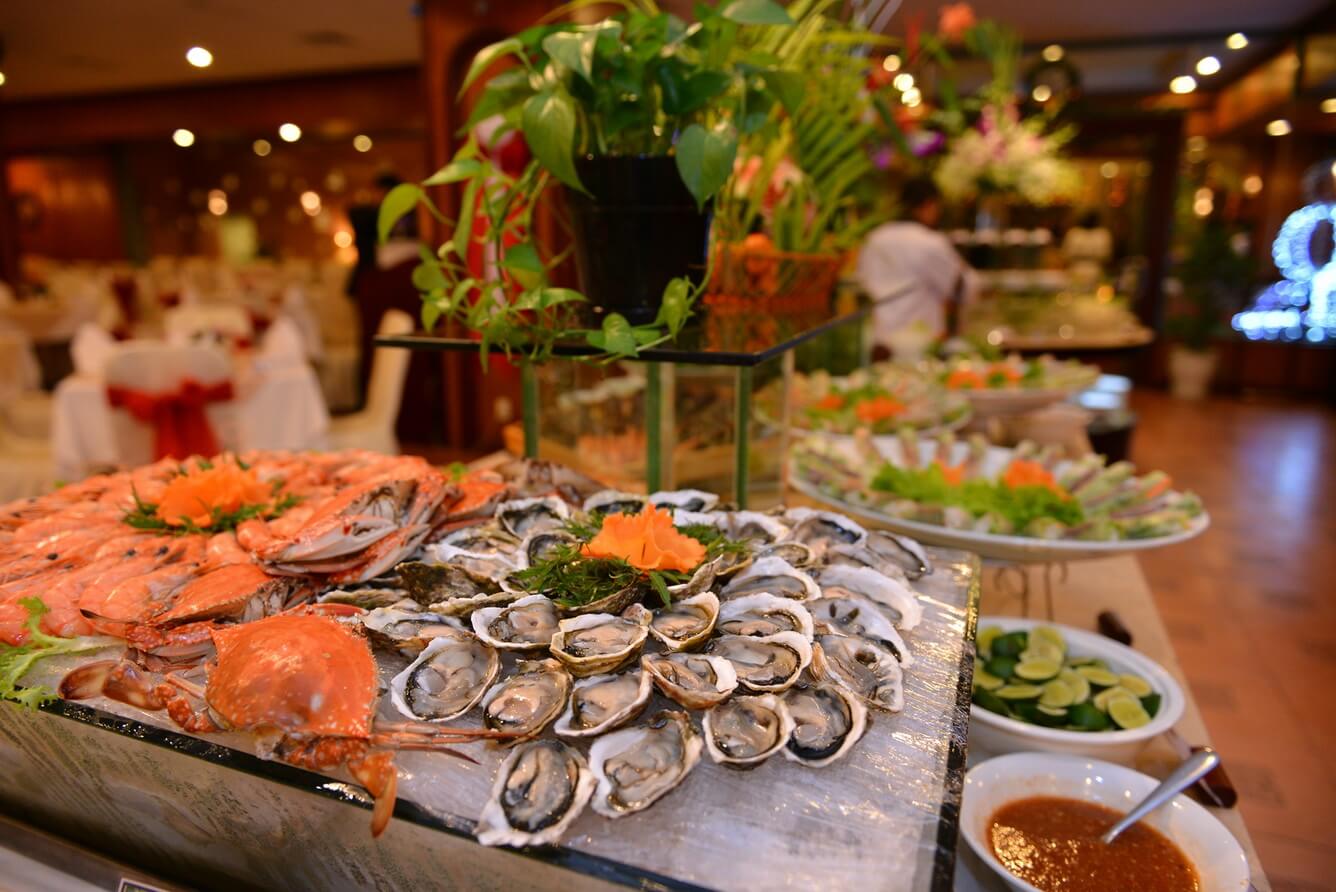 It would be flawed if not talking about fresh seafood meal right on the calm bay. The whole group of people praised the chef’s talent. The familiar dishes such as shrimp, crab … to the specialties of squid or cobia are very special.