Home » Ngoc Island Tourism: the low notes in the middle of a vibrant place

Ngoc Island Tourism: the low notes in the middle of a vibrant place

In addition to the enchanting beautiful beaches and extremely attractive seafood dishes that have made Phu Quoc famous and attracted tourists, in the middle of this romantic Pearl Island, there are still peaceful and quiet beauty that few people know. come. If you have the opportunity to travel to Pearl Island , do not miss these places. 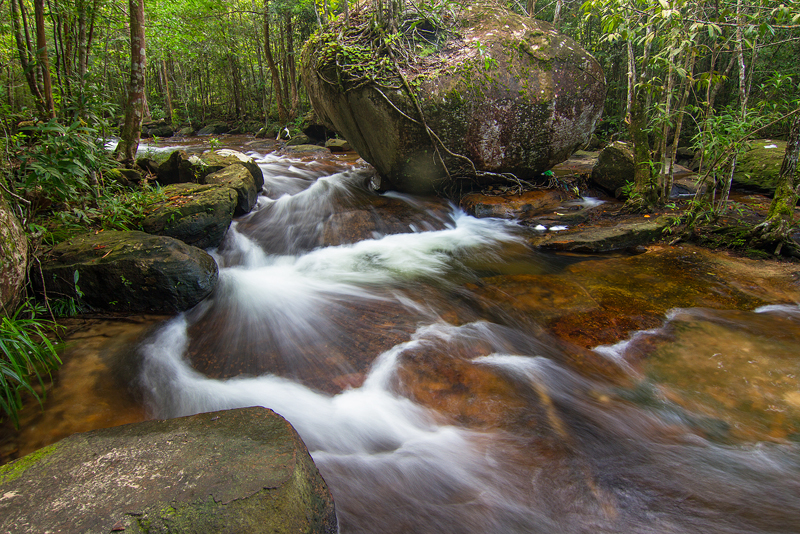 Tranh Stream is located in the south of the island of Phu Quoc , originating from Ham Ninh mountain, due to many small currents forming and flowing through many waterfalls. Suoi Tranh is like a charming natural picture in the wild mountains of Phu Quoc Island .

Going up 300m up towards the top of the waterfall, picturesque mountains appear poetically with winding water currents, rocky rapids, rocks with strange shapes. Suoi Tranh is not only beautiful by itself, but also more beautiful because of the landscape on both sides of the stream, where it chooses to flow through. 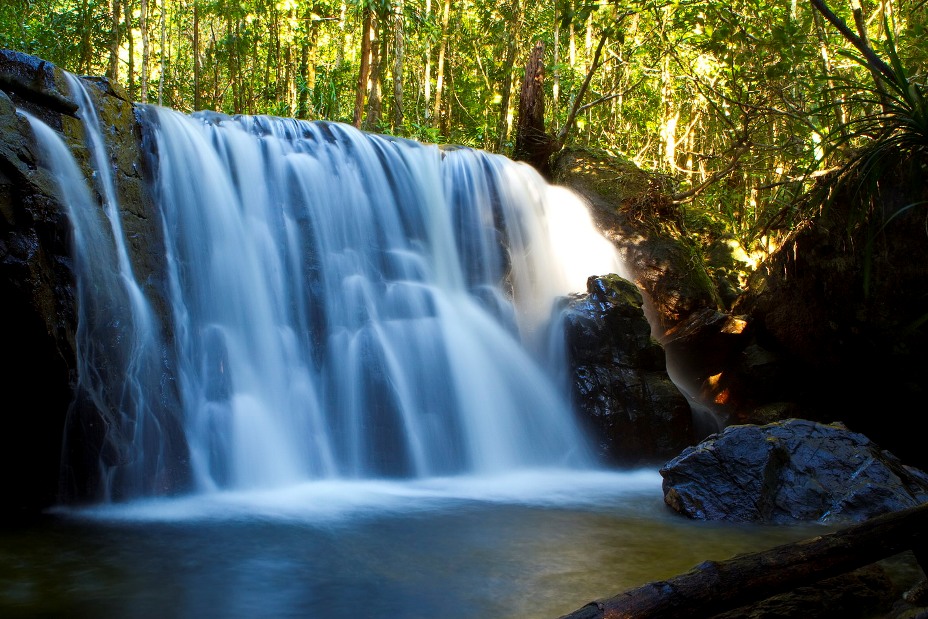 The magical beauty of waterfall in Suoi Tranh

Come and soak in the picture stream to experience the most beautiful feelings of all senses. Be soaked in clear, cool water; Watch the mountains, beautiful flowers on both sides of the stream, listen to the endless love songs of the mountains, harmonized by the rhythmic murmuring of the stream along with the chirping of birds and wrecks Immersed in the scent of forest flowers. 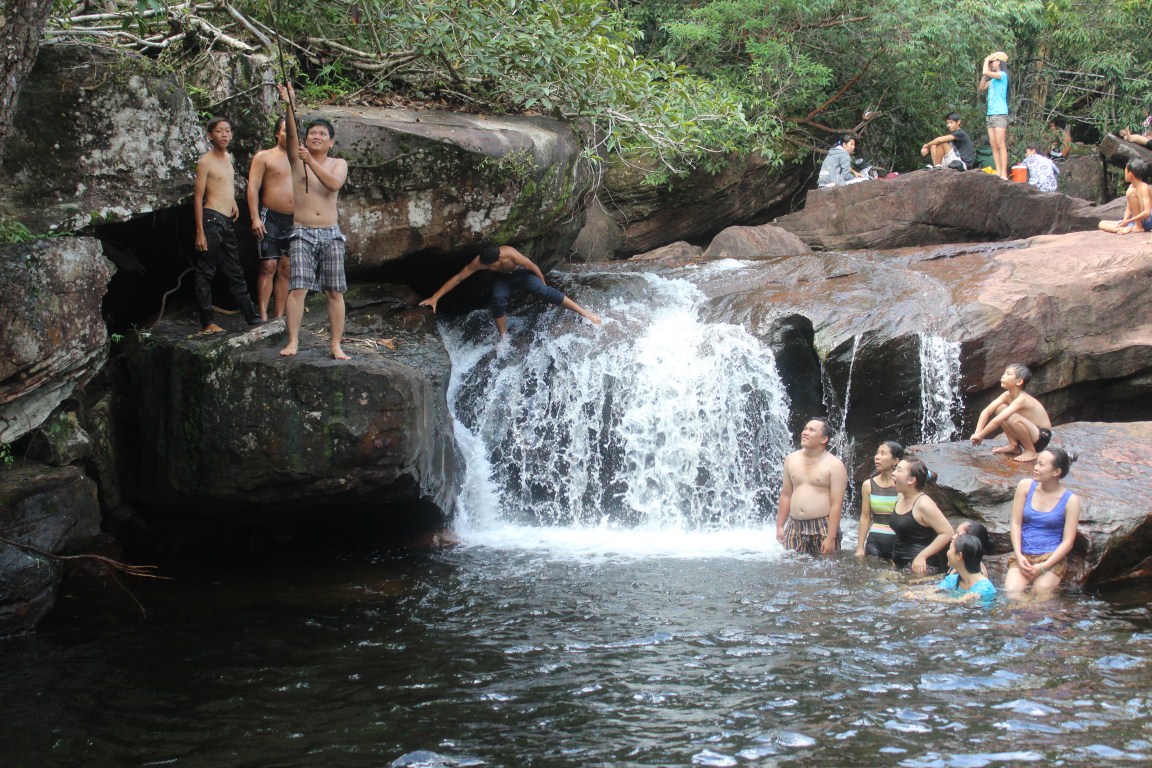 If you love thrills, you can also stand in front of the waterfall to release white foam for water to discharge into your body to wash away all fatigue and worries. In addition, near Suoi Tranh, there are many magical and mysterious caves such as Hang Doi with many beautiful and strange stalactites. 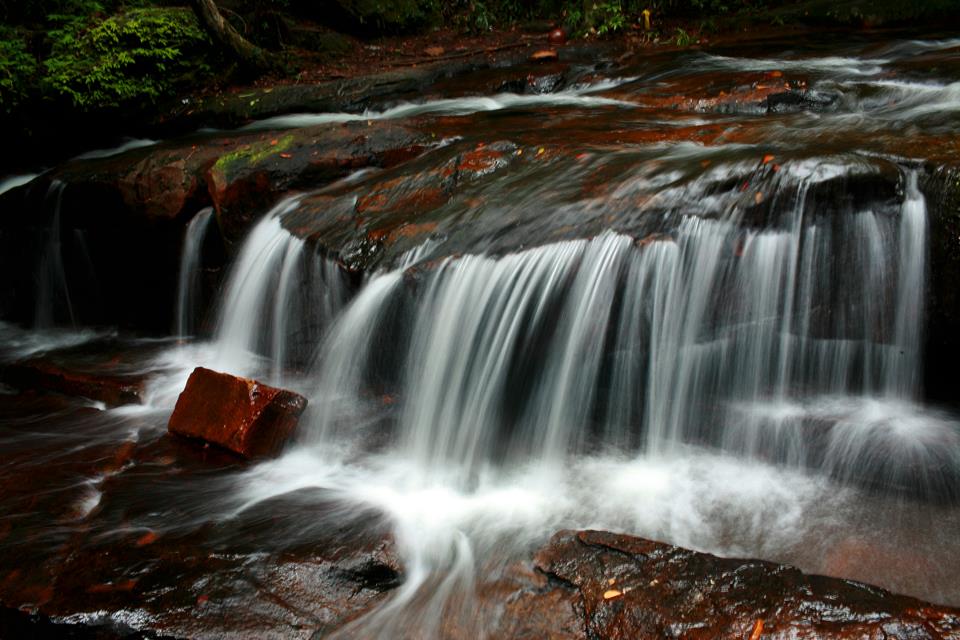 Da Ban Spring is probably a place that visitors who have ever been to or intend to travel to  Pearl Island  will hear about. However, the number of tourists who have come here is not much because the way to Suoi Da Ban is difficult to go and the water in the rainy season is often fast flowing, if you carelessly slip, it will be very dangerous. This place seems to be only for the locals and those who love to conquer and explore.

Anyone who has been to Da Ban Spring cannot forget the experiences that this stream brings. Not gentle, gentle like Suoi Tranh, Suoi Da Ban gives visitors here feelings of strength and excitement. If Suoi Tranh is considered to be a young woman with a shy and loving beauty, Suoi Da Ban is like a young man full of enthusiasm and extravagance. 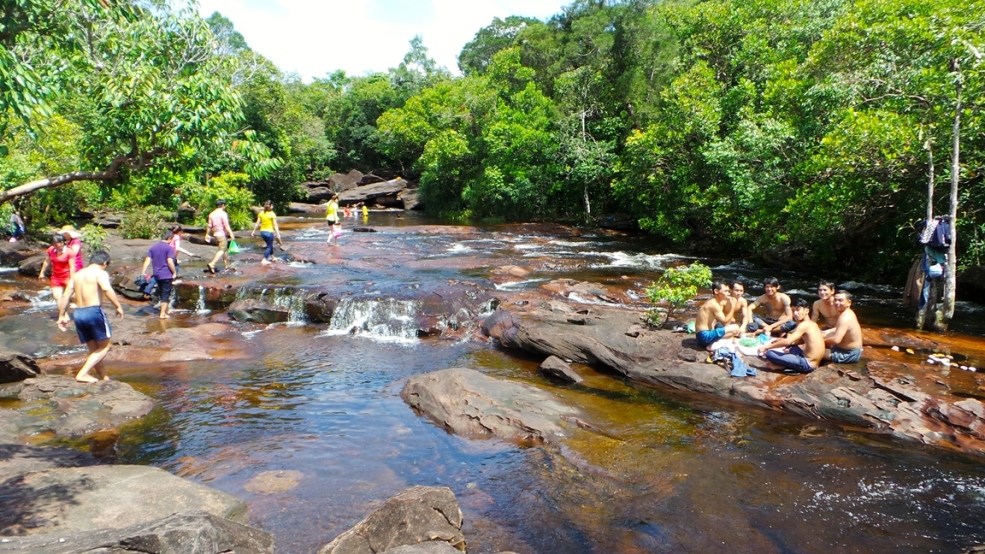 Located in the north of the island, originating from Ham Ninh mountain, overcoming the rocky rapids with extremely strong water, it seems that wherever they go, these ferocious waters are smoothing the rocks blocking its way into smooth smooth surfaces That is why the name Suoi Da Ban was born from there.

On the stream is a layer of flat rocks, even a rock that is flat and large enough to build a tent here. What could be better, laying your back on the rocks, dropping your bare feet into the stream, watching the waterfall cascading and listening to its resounding sound. 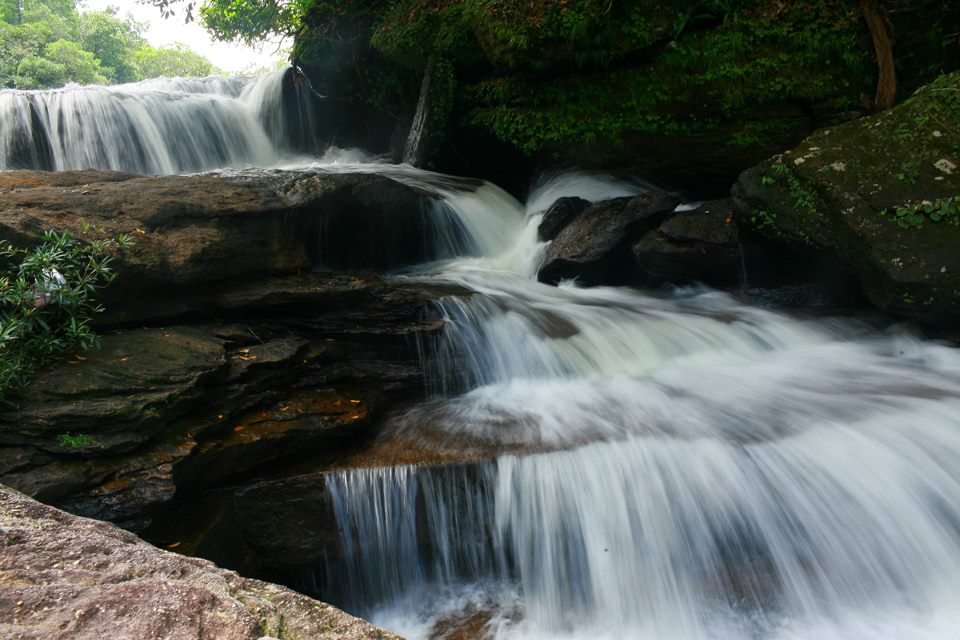 It will be a pity if you have come to Phu Quoc but have never set foot in Da Ban Stream, you will miss the opportunity to admire the grandeur and richness that nature has bestowed on this Ngoc island. 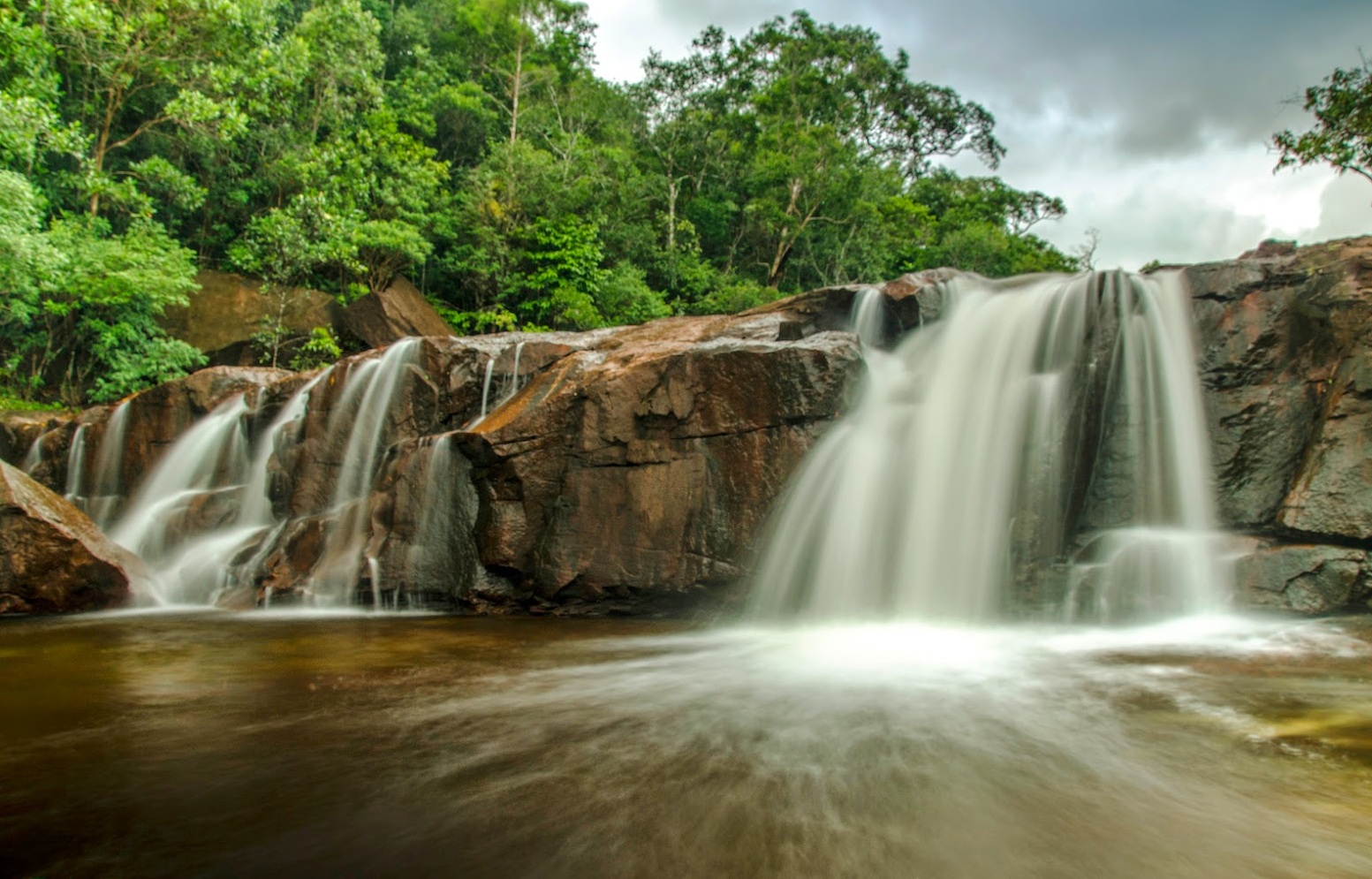 Not gentle as Suoi Tranh is not as flat as Suoi Da Ban, Suoi Da Ngon conquers adventurous people who love to explore with its rugged and ruggedness. Da Ngon Stream is a blend of poetry Suoi Tranh with gentle, gentle currents and mighty water with waterfalls pouring from high above white foam of Da Ban Stream.

That seemingly contrasting blend adds beauty and mystery to Suoi Da Ngon. The structure of 7 waterfalls with increasing height always stimulates the conquest and discovery of adventurous people.

Unlike Suoi Tranh and Da Ban, which only have water in the rainy season, Da Ngon Stream is more blessed by nature because of the murmuring currents all year round. Most of the tourists who come here come here choose in the dry season because in the dry season, the amount of water is not too much and the flow is not too tight, which will be more favorable for visiting, setting up camp or conquering 7 waterfalls. 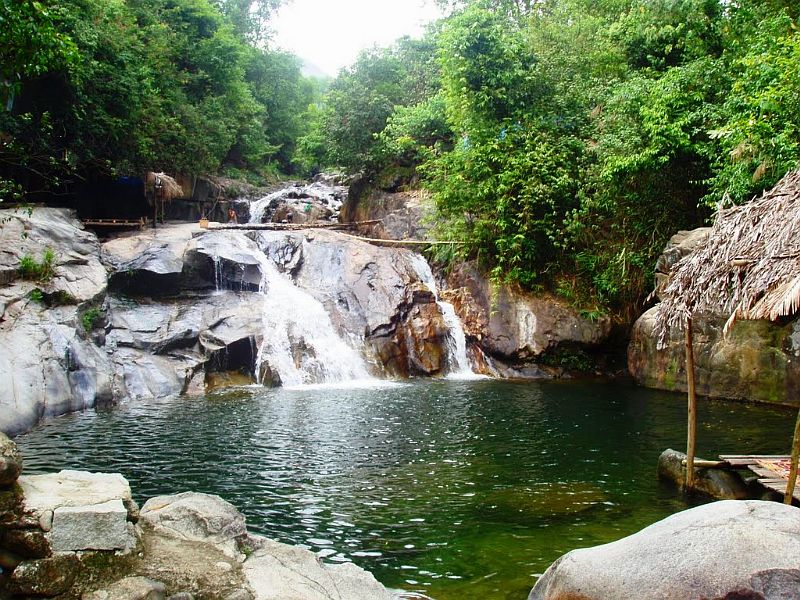 If you have a passion to explore and plan to  travel to Ngoc Island – Phu Quoc  , Suoi Da Ngon is not a bad choice for you …