Sour pho- Lang Son has sophisticated ingredients and processing methods, When tasted, it brings a strange feeling to the customers. The dish has the crispy taste of pork skin, the pulp of potatoes, peanuts, and the salty taste from the Char Siu pork. The concentration of chili and the cool taste of cucumber will also make you impressed. For a long time, this dish has become a great pride of Lang people. 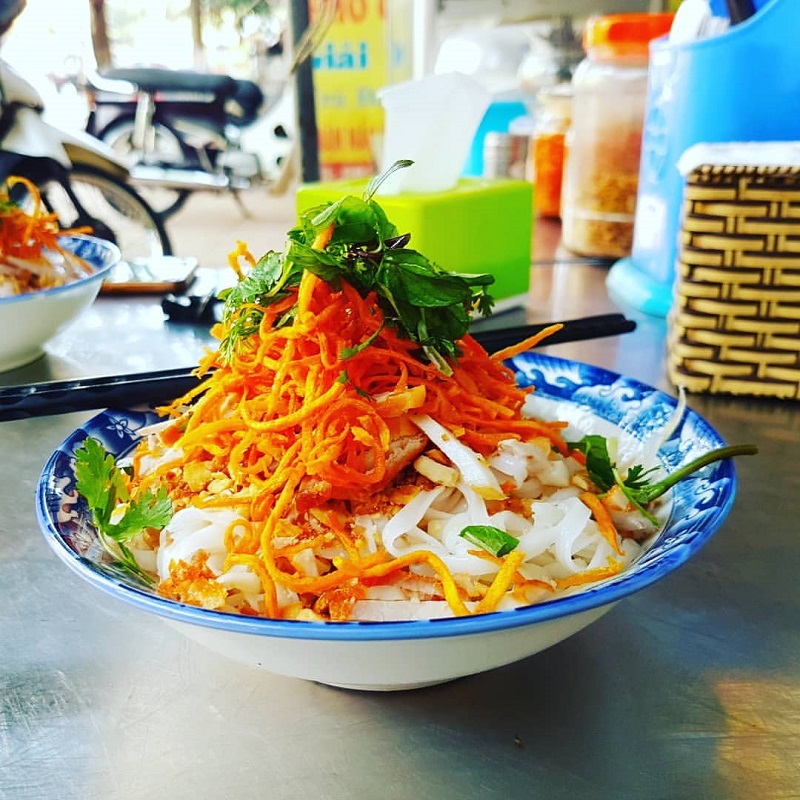 The dish has two components: the dried ingredients and the soup. The first dried ingredient is the noodle. Unlike other kinds of Pho noodle, it has a relatively small size and tastes really chewy. Potatoes are another important ingredient; they are sliced and fried in boiling oil until they become crispy. The others are pig’s liver and pork side, which are also fried. The last dried ingredient is roast duck, but the cook usually gets it from famous restaurants in That Khe to save the time.

The second component of Sour Pho, the soup, is made solely from garlic, vinegar and sugar. Sometime you might see people adding seasoning powder into this soup. However, the core element of the soup is the juice inside the roast duck, which has both the buttery flavor of duck fat, and the fragrance of the spices added in the roasting process.

All of these ingredients are prepared beforehand by the cook. Whenever an order comes, he will mix them up in such a skillful way that maintain a perfect ratio between soup and noodle so that the ingredients absorb all the spice. The mixing process, though the last step, can be considered as the most important step. 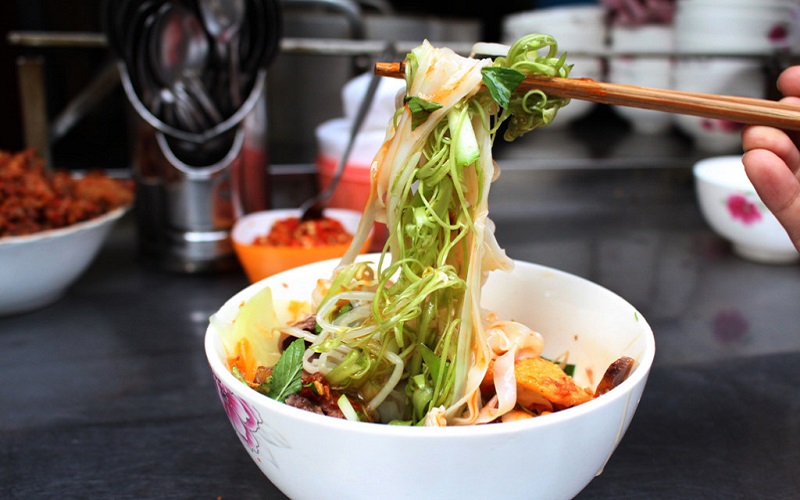 Following the people of Lang, sour pho has been present in Saigon for a long time. In particular, local people often visit the restaurant in alley 240 Nguyen Thien Thuat (District 3) which has sold sour pho since 1954.

When we eat, we will fill up or mix pho with broth to feel the greasy taste of duck fat and the smell of typical spices. However, we need to cleverly mix the sauce and broth just enough so that the ingredients absorb evenly. 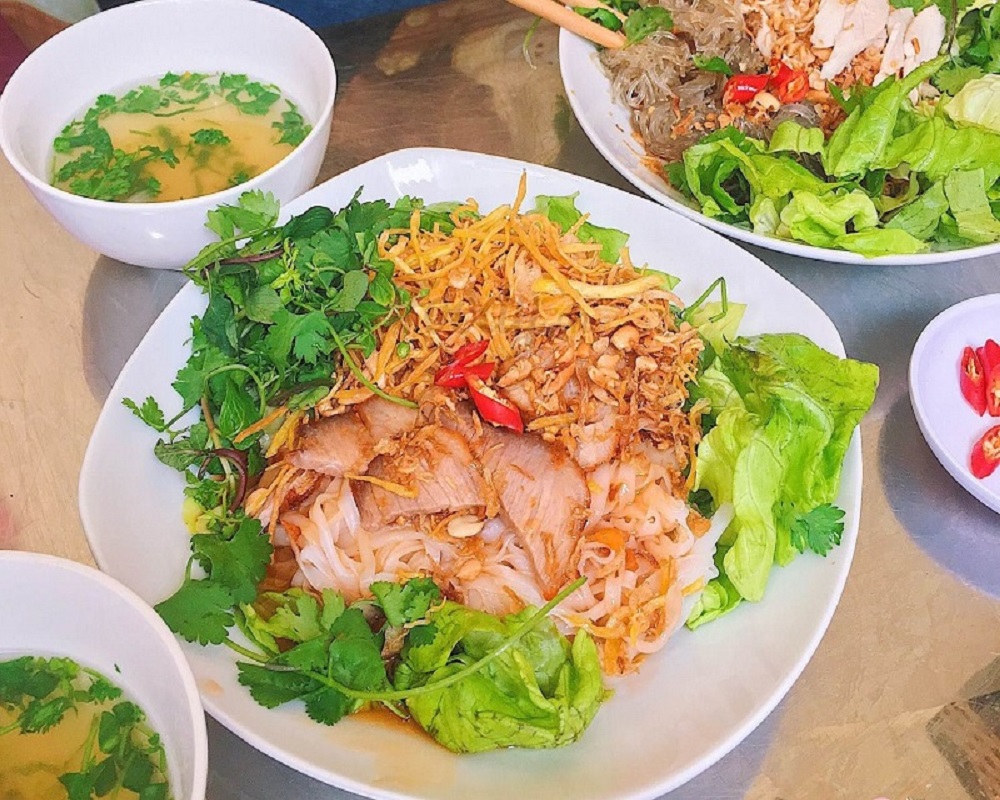 The owner said the noodle sauce is processed exactly like the original version of Lang but a little bit sweeter than the Northern dish.

In particular, the Lang sour noodle shop of Mr. Thanh also serves an extra cup of fat and crispy salty crunchy wontons. Customers sprinkle in the bowl of pho to balance with sweet and sour taste, just to have more to chew on.

Not only is the product to make Lang Son people proud, this dish also contributes to diversify the treasure of Vietnamese national cuisine. You can find this dish on the road in Hanoi or Ho Chi Minh City for only 25,000 – 30,000 VND per bowl.