Home » Dalat Church: Top 4 most beautiful churches you should know

Dalat Church: Top 4 most beautiful churches you should know

The church is not only a symbol of religion, a place of worship or a place where we go to hear sermons but it is also a place to visit and satisfy your passion for architecture. You have the opportunity to come to Da Lat and you want to know which is the most beautiful Dalat church . In this article, Focus Asia Travel would like to introduce the Top 4 most beautiful churches. Let’s explore with us now!

Besides the name ” Dalat Cathedral Church”, local people also call it “Con Ga Church” (because on the bell tower, there is a lightning rod cast which is in the shape of a chicken). The Cathedral was constructed in 1931 and completed in 1942 with the title of Saint Nicola Bari. Then it was changed to the title “Mary Mother of God” 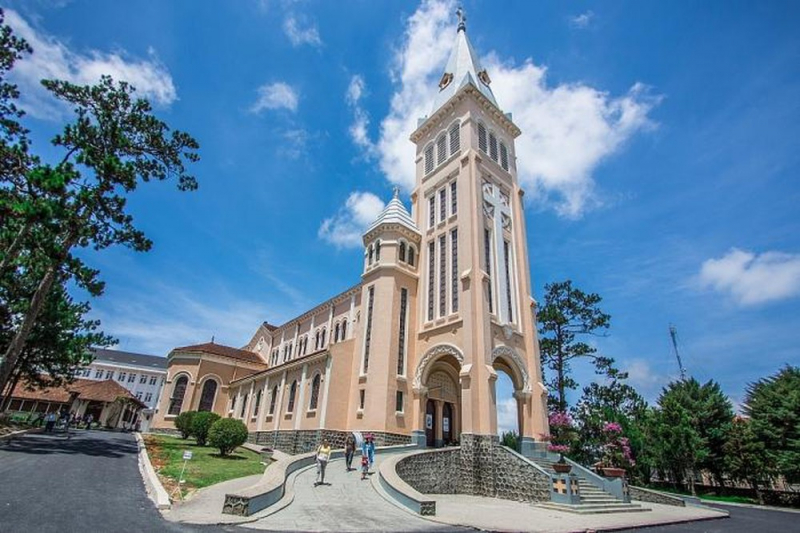 The classic beauty of the Cathedral!

Due to its high, people can easily see this tower . The main door of the church is directed towards Lang Biang Mountain. The attic section is arranged with 70 stained glass panels (made from France), depicting evangelical scenes and portraits of saints, making the cathedral more majestic and magical. On the wall, there are reliefs of 1 x 0.8m in size made by sculptor Xuan Thi. The church campus has a closed fence.

This is a beautiful and valuable architectural work. This is also the place to regularly organize moral activities of Dalat. 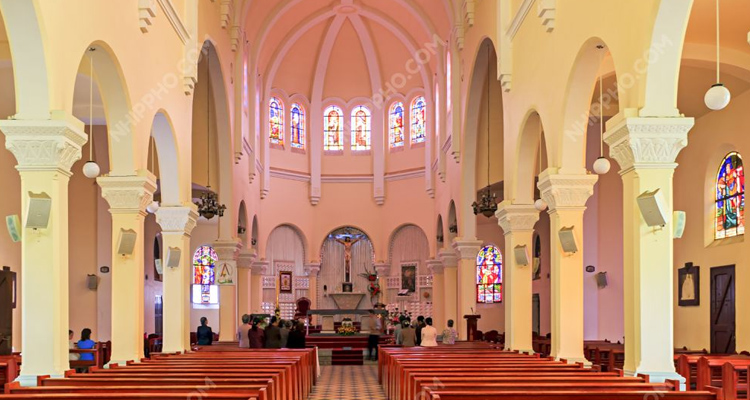 The interior architecture of the Church!

Domaine De Marie Church is designed to be built according to European architecture in the seventeenth century combined with some Vietnamese folk architecture. This is a more unique architecture than any other church in Dalat so its own characteristics cannot be confused. 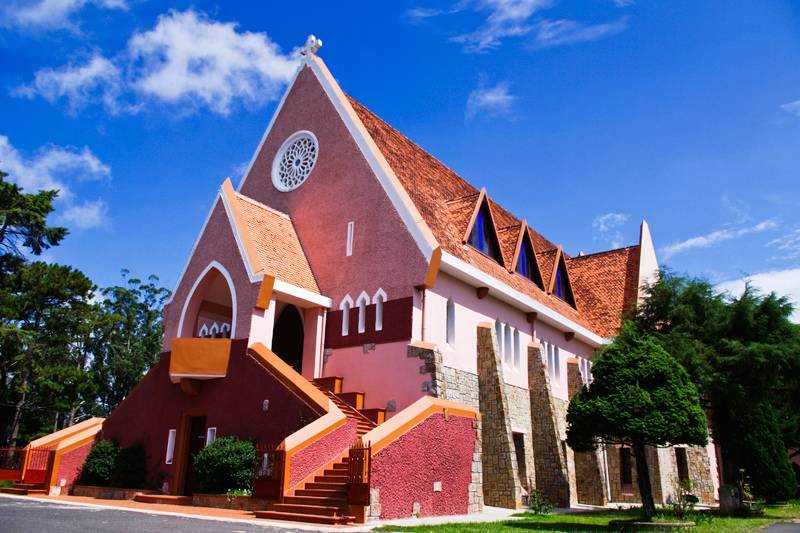 The unique architectural beauty of the church thanks to cultural interaction!

The church has a unique architecture thanks to cultural interference in the combination of classical Western styles and folk architecture of ethnic minorities in the Central Highlands.

Currently, this place is one of the most attractive tourist destinations in Da Lat. If you are planning to travel to Dalat, remember not to miss this unique architecture. 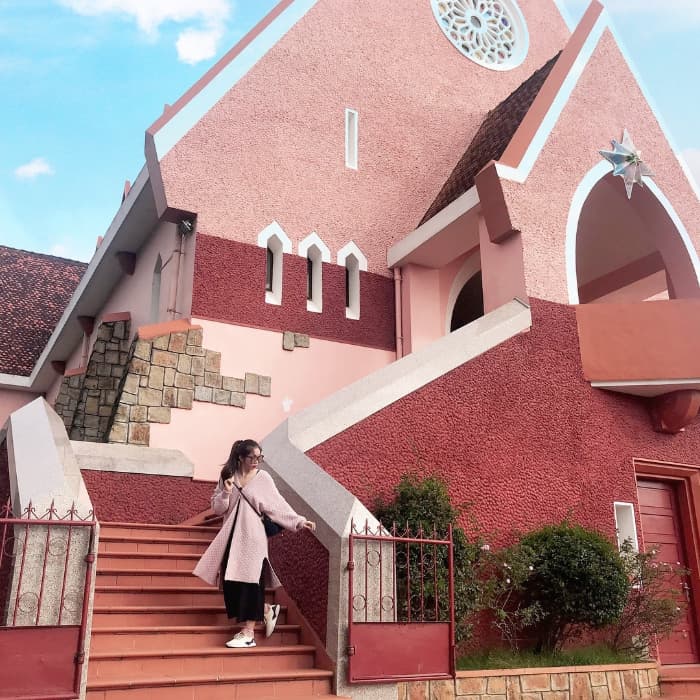 This is also considered as the ideal check-in place!

Surely the name of this ancient church has made many visitors curious, right ? It is named after the transliteration of Father Buu Duong, the founder of the parish called Du Sinh. Besides, it is also thought that  “Du Sinh” refers to the origin of the residents here. However, some people think that “Du Sinh”  refers to the faithful of Christ about their earthly pilgrimage. 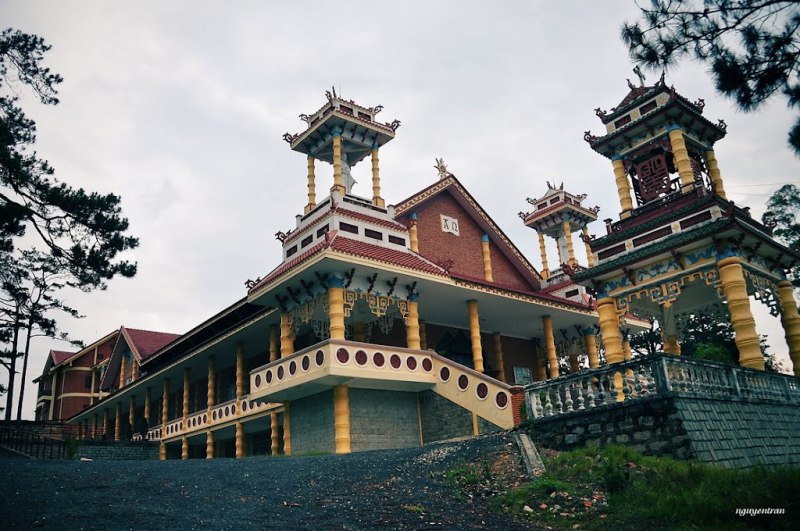 Du Sinh Church is nestled on a hill on Huyen Tran Cong Chua Street of Ngan Hoa city. This ancient church was inaugurated by Priest Thien Phong Buu Duong for parishioners who migrated from the North from 1955 to Christmas 1957, when inaugurated, only the bell tower was completed in 1962. 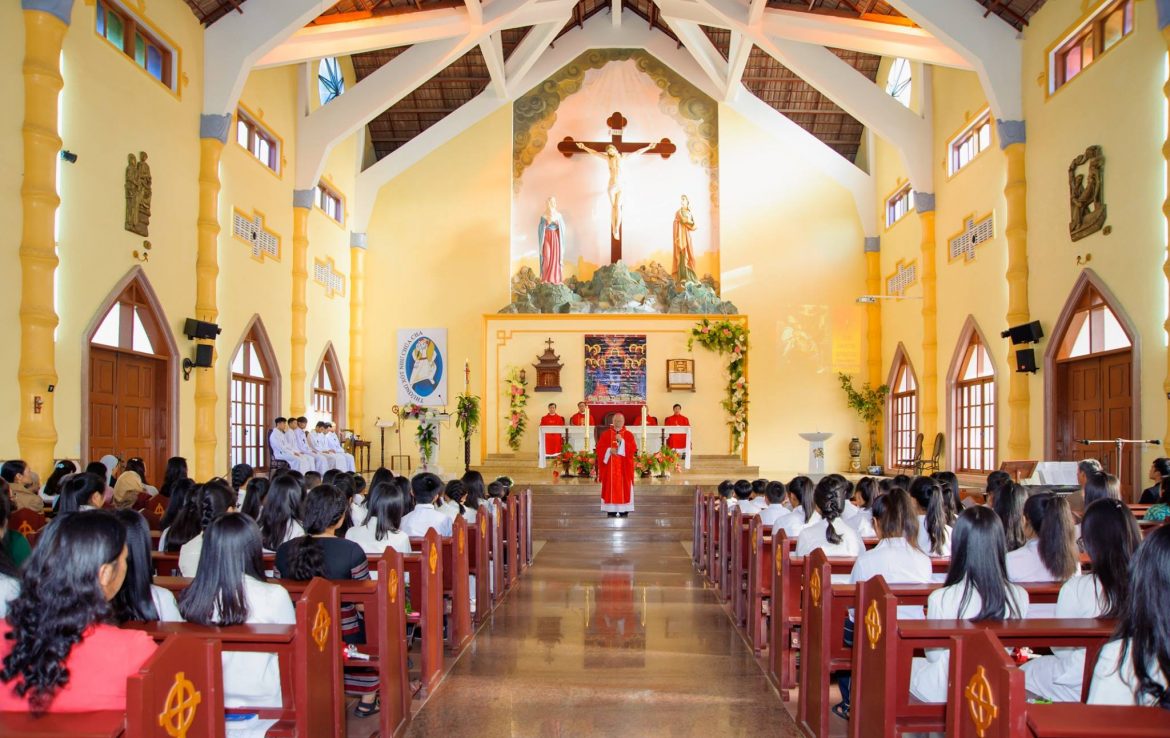 A sermon in a church!

When I built the Du Sinh church, I just said that I would build it temporarily because my dream was to build a church with bold Asian architecture. But not long after that, Father Buu Duong had to change his job, so the dream failed. The church is preserved and kept until today and become one of the ideal destinations in Dalat.

Thanh Tam Church / Diocese  is a member of the Parish Chiefs of Da Lat, which is handed over to the Fathers of the Congregation for the Mission of Saint Vinh Son to look after. 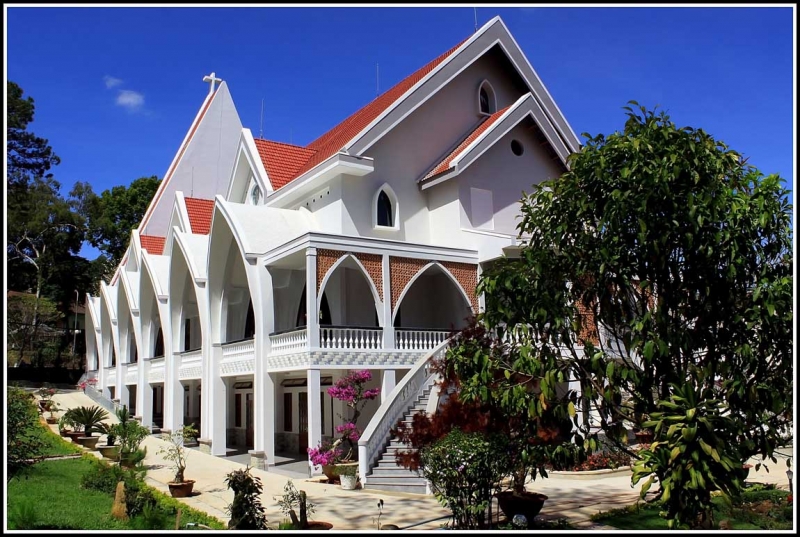 In addition, this is also the main house of the Vinh Son Missionary Congregation (Vietnam Vicariate). With modern European-style architecture, the foundation is considered as a great architecture without defects. If you have the opportunity to travel to Dalat, do not forget to visit this  Thanh Tam Church  ! 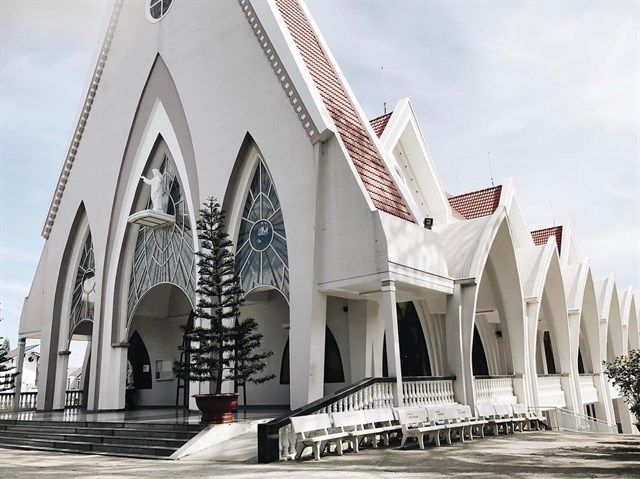 Above are the Top 4 most beautiful churches in Dalat.