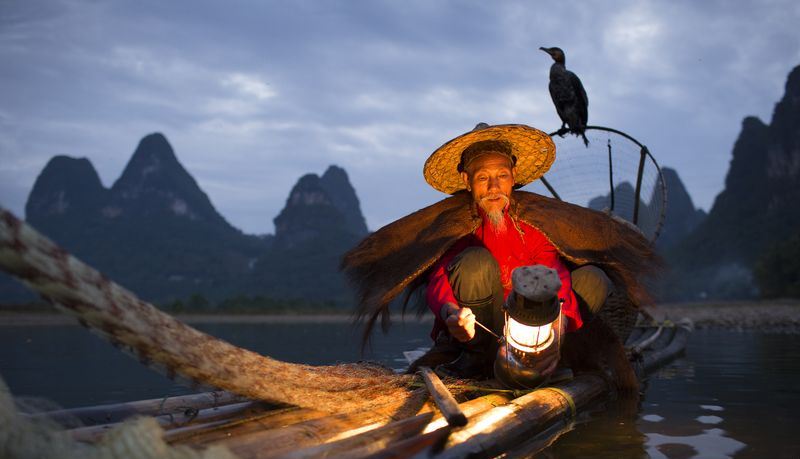 For the past 1,300 years, one of the main jobs of the locals who have surrounded the Li Jiang river has been catching fish with cormorants. Despite the fact that many new methods of catching fish have been developed, the old way is still interesting. When the Li Jiang River became a popular tourist attraction, images of fishermen being guided by cormorants became a prominent feature in Gui Lin. 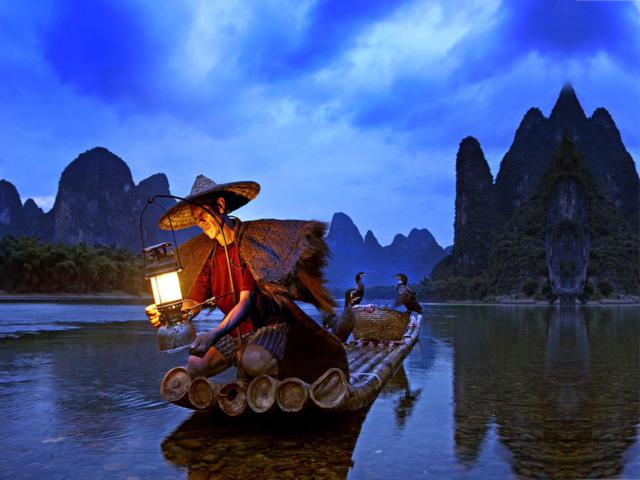 The man is sleeping peacefully on the bamboo raft with ready cormorants. The slight light in front of the raft both attracts the fish and allows him to make the necessary movements. Cormorants are tethered to bamboo fishing poles. The bird swoops down the water when the fish appears. When they pull up, they always have a fish in their beak. 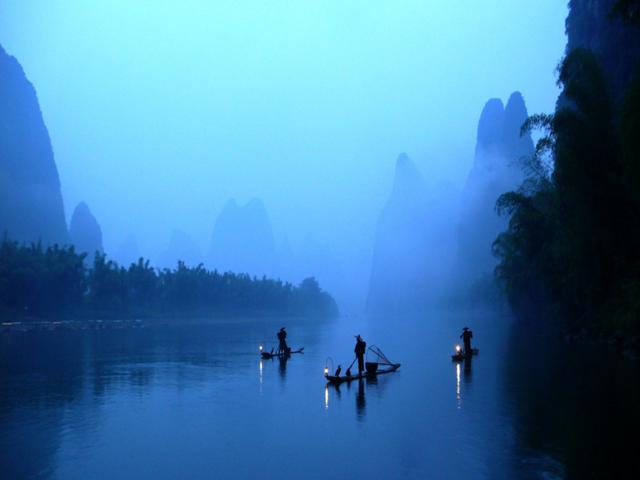 The fisherman has a trick to get the bird to spit out the fish, and the prize will be a small fish. The fisherman and the bird are hard at work on the river during the night. He finishes his work and transports fish to the morning market as the sun rises over the horizon and the first sunbeams spread across the limestone mountain on the Li Jiang river. 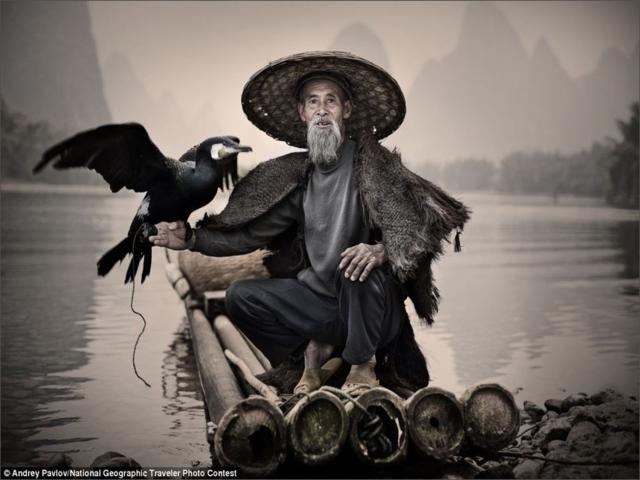 The image of a bamboo raft riding the waves on the smooth river in the sunrise with a fisherman wearing a conical hat, some cormorants, and full baskets of fish has become an indispensable beauty on the Li Jiang river. On the river, many photographers have taken numerous photographs. It is not difficult to take a beautiful photograph because the background is stunning. 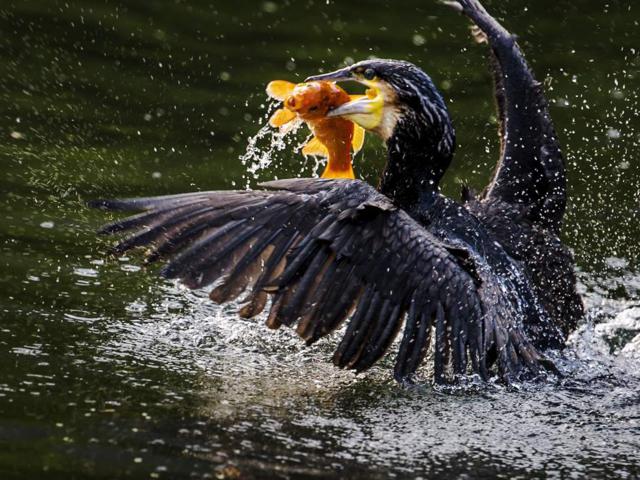 Li Jiang is ranked as one of the top ten most beautiful places in Guangxi, China. It is the epitome of Gui Lin (Guilin). The 84-kilometer-long river that flows from Gui Lin through hundreds of mountains to Yangshuo is as beautiful as a ble silk band. The river reflects mountain peaks with high cliffs, and the scenery along its two banks entices a large number of visitors to create memorable experiences. 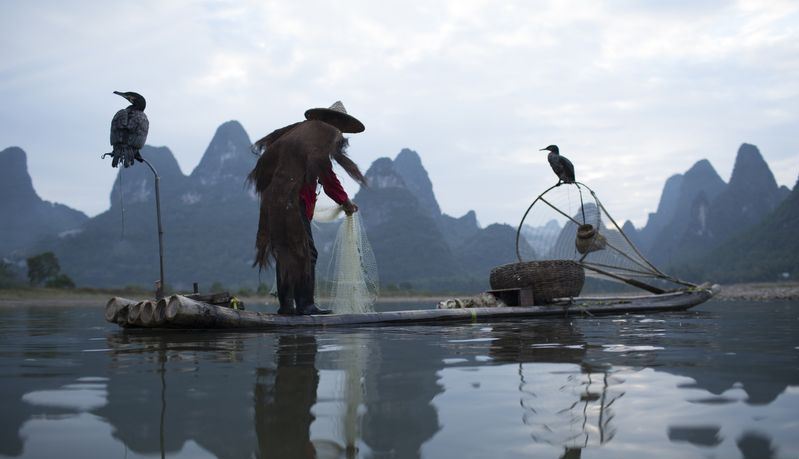 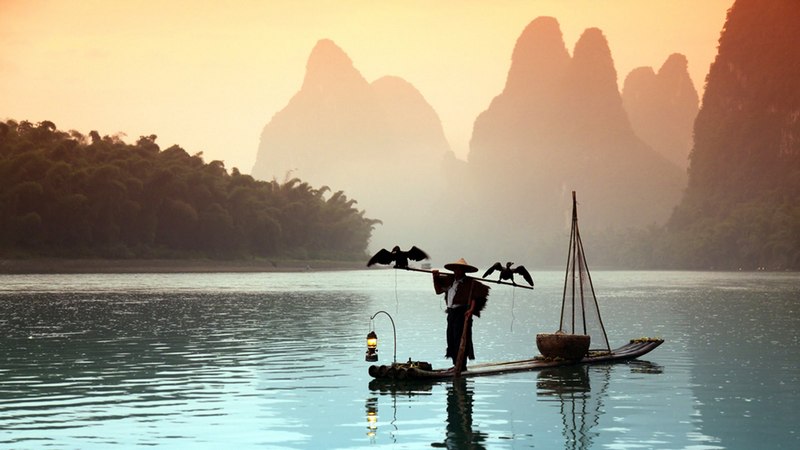 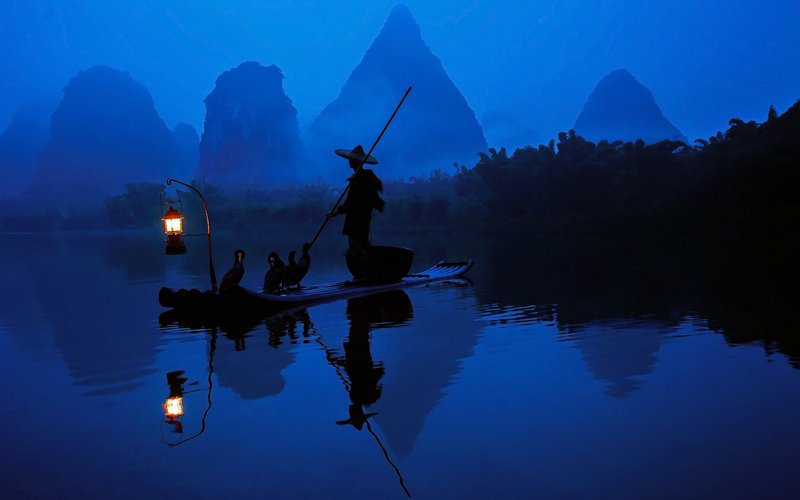 5 Places Worth Exploring On Korea Tour-Land Of Morning Calm Malaysia itinerary 6 days — What to do & How to spend 6 days in Malaysia?