This year commemorates the centennial of the United States National Park Service, the single organization in charge of safeguarding and conserving the country’s 59 “national treasures.” While official celebrations do not take place until August — the same month President Woodrow Wilson formed the body to oversee these wildernesses – celebrations take place all year.

Begin preparing soon, since many park visitors will have already planned their vacations in advance, and hotels and lodges are filling up. A smart bet would be to join a trip that includes both lodging and supervised access to these huge wildernesses, which can be difficult to explore – or even get there – on one’s own. The bulk of national park itineraries center on the West, but don’t forget about the East, which includes the Great Smoky Mountains on the Tennessee-North Carolina line, Acadia in Maine, and the Everglades in Florida.

There are alternatives for everyone, from solo travelers to families. While the majority of the tours in this section are guided, we have included choices for individuals who want to personalize their experiences. Excursions and walking tours guided by professionals, such as a geologist and a naturalist, are included in some itineraries.

1. On the right track

Great Rail Journeys’ 16-day America’s Great National Parks route sweeps along the shores of Lake Michigan, through Wisconsin and South Dakota into Montana, and culminates with a final approach into Glacier National Park, where rivers, peaks, and meadows are in full view. Other highlights include Yellowstone National Park, Grand Teton National Park, Arches National Park, and Canyonlands National Park, as well as stops in Chicago, Salt Lake City, and Denver. There’s also an exciting round-trip journey on the Pikes Peak Cog Train, which is believed to be the highest cog railway in the world, past creeks, ravines, forests, waterfalls, and “Hell’s Gate,” a natural entryway to the mountains. Fittingly, the trip ends with a visit to the Garden of the Gods, an other-worldly constellation of pillars, arches, and rocks.

The eight-day Autumn Colours trip by American Sky takes you to the most brilliant parts of New England. It includes Boston, Ludlow, Williamstown, North Conway, Bar Harbour, the Kancamagus Highway, and Portsmouth, as well as Acadia National Park. The route begins in Boston and travels along the Freedom Trail and the Mohawk Trail before arriving in Vermont for a visit to the Simon Pearce glassblowing factory in Quechee. Then it’s over to New Hampshire to see Mount Washington. Finally, at Acadia National Park, there is a halt at Cadillac Mountain, one of the best places in the United States to observe the dawn.

Titan’s Awe-Inspiring National Parks trip explores eight parks in Arizona, Utah, Wyoming, and South Dakota, offering a glimpse of the American West as seen in innumerable films and pictures. The schedule includes enough of time to see the great national parks of Rocky Mountain, Yellowstone, Teton, Canyonlands, Arches, Bryce Canyon, Zion, and the Grand Canyon. Denver, Fort Laramie, the Crazy Horse Memorial, Mount Rushmore, Devils Tower, and Salt Lake City are all noteworthy. Behind the rough appearance lies even more beauty: you’ll explore the spiritual homelands of the Navajo and Cheyenne, as well as get insight into American Indian life and culture. An expert will guide you around Yellowstone’s mountains, waterfalls, volcanic “sideshows,” and animals.

The naturalist and environmental philosopher John Muir – the so-called father of the National Parks – spent his life studying at the “University of Wilderness,” turning his love for nature into books that inspired a movement to protect “nature’s temples.” Tauck pays tribute to this much-loved author with a new eight-day Yosemite and Sequoia tour that traces Muir’s trajectory from San Francisco to the Sierra Nevada, before moving on to Muir Woods, Sequoia National Park, and Yosemite, where you’ll take in its glacier-carved mountains and redwood forests. Other highlights include a visit to the Presidio, a former army base that was the home of the Buffalo Soldiers, African-American cavalrymen, and a walk along the Big Trees Trail at Round Meadow in Sequoia.

Alaska is home to beautiful national parks such as Denali and the Kenai Fjords, as well as the biggest national park in the United States, Wrangell-St Elias, which is studded with glaciers five times the size of Manhattan and nine of North America’s 16 tallest peaks. The 11-day Alaskan Highlights tour from American Sky includes visits to these and other places. A dogsled demonstration and the opportunity to hike, cycle, and go white-water rafting in Denali; a wildlife cruise, fishing in the Kenai Fjords, and glacier walking or ice cave hiking in Wrangell-St Elias are among the activities available.

If you’re flying solo, Just You, a single travel expert, has a 17-day national parks itinerary that’s a whirlwind tour of the Wild West. The itinerary includes the Badlands, Yellowstone, Grand Teton, Arches, Mesa Verde, Bryce Canyon, and Zion National Parks, as well as key attractions such as Mount Rushmore, the Little Bighorn battlefield, where General Custer and the 7th Cavalry were defeated by Crazy Horse, and Mesa Verde, an archaeological masterpiece famous for its cliff dwellings, the largest of which has more than 200 rooms. Alternatively, choose the company’s 11-day America’s Historic Trail to spend time at the Great Smoky Mountains National Park, the country’s most visited national park.

Families Worldwide’s new 11-day Wild West Adventure provides the opportunity to bring children (ages 11 and under at the time of travel) at a discounted fee (something most other tours do not offer). The journey visits the Grand Canyon, Arches, and Zion National Parks, as well as Monument Valley. A stay in a traditional Hogan home, trekking through the Grand Canyon, bathing in natural pools in Zion, camping under the stars, a sand painting demonstration at a local school, and touring Monument Valley onboard a vehicle with a native Navajo guide are all options for the kids.

If you don’t want to join a group tour but still require assistance, Audley offers a 24-day National Parks Explored program. Yellowstone, Grand Teton, Mesa Verde, and Zion national parks, Monument Valley, South Dakota’s Mount Rushmore and Crazy Horse national monuments, and Salt Lake City are among the highlights. Bighorn National Park, the Wyoming State Museum, and the Union Pacific Railway Terminus in Cheyenne are all on the agenda. Make a beeline for Yellowstone’s geyser, Old Faithful, as well as the park’s lakes, boiling mud, and sulphurous springs. There are elk, bison herds, and wolves.

9. The Wild West with Ray Mears

This 15-day Telegraph Tour provides the ultimate national park experience. It travels to seven parks in the West and Midwest, including Mesa Verde’s carved canyon home and Bryce Canyon’s towering hoodoos. The trip includes two days on the road with survival expert and presenter Ray Mears, who will share his insights, Old West survival skills, and tales of General Custer at the Little Bighorn Battlefield; a geologist talks to learn about the events that led to the formation of the Grand Canyon; and a chance to meet a real cowboy at a cookout in Billings. There is also a visit to the Buffalo Bill Centre of the West, a dinner hosted by a Montana local, and a trip through Yellowstone with an expert who will explain the park’s forests, geothermal features, and wildlife.

A new seven-day Key West and Dry Tortugas Sailing Expedition from Intrepid Travel charts a course to one of the most isolated and least-visited national parks, the Dry Tortugas Islands in the Florida Keys. It lacks the typical hallmarks of a national park: the trees aren’t too tall and there are no grizzly bears. Instead, it’s a tropical marvel, with sea turtles, corals, and schools of fish. The itinerary is flexible: you can opt to snorkel the reefs off the Marquesas Islands, head ashore on Loggerhead Key or to Hospital Key for a cookout, or even take a tour the Civil War-era Fort Jefferson National Monument. There’s a stop at Key West for nights on the town. Extend your trip for a visit to the nearby Everglades National Park – an International Biosphere Reserve – for a chance to spot spoonbills, egrets, and alligators. Hunting clouds at the top of Lao Tham 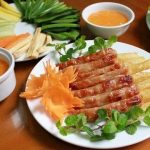 7 most expensive Grand Presidential Chambers in the world